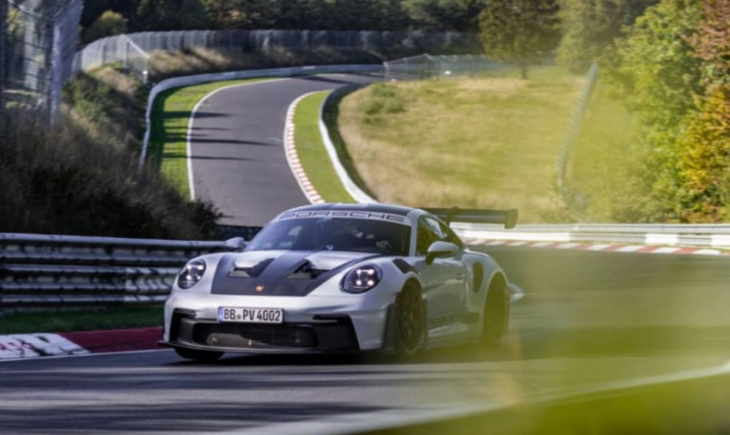 Do you really care how fast your car is around Germany’s Nurburgring circuit?

It allowed Mercedes-AMG and its Formula One-derived road-legal supercar to wrestle the title back from Porsche and… oh, who cares?

Car makers have long held the Nurburgring Nordschleife up as the ultimate benchmark for performance cars and it has proven a useful tool for comparisons between cars. But does it really matter? Be honest, how many of you reading this now really care about how fast your car goes around a racetrack in western Germany? With the exception of those reading this in Europe, it’s unlikely any of you are headed there to test the manufacturer’s claims.

And even if you did, would you be able to keep up with the extremely talented professional drivers the car companies use to do these records – they’re hardly representative of the average car buyer. Mercedes drafted in AMG racing ace Maro Engel, a veteran of both German DTM and Australian Supercar racing as well as countless global sports car races, to tame its hypercar.

Again, ask yourself honestly if you’re one of the reported eight lucky Australians who have bought an AMG One – do you really think you can match Maro?

The Nurburgring is seen as such a crucial benchmark for car companies that some go to extraordinary lengths to claim a record time. Tesla developed the tri-motor ‘Plaid’ powertrain to help beat the Porsche Taycan around the ‘Ring. Even Renault stripped the stereo and air-conditioning out of the Megane RS275 hot hatch in order to take back the front-wheel drive production car lap record.

I was lucky enough to drive the Megane RS around the Nurburgring years ago and it was a thrilling experience. But as a car to live with in daily life it was too stiff, too loud and too hot – I couldn’t imagine living through an Australian summer in a brand-new car built deliberately without air-con just so I could know it was a bit quicker around a track than the Honda Civic Type R.

But it’s cars like the Mercedes-AMG One and the Aston Martin Valkyrie that really exemplify the modern problem with supercars – they’re too fast. The new record by the AMG is more than 20 seconds faster than Niki Lauda managed in a Formula One back in 1975 and is getting closer to the outright lap record of 6:11.13 set by Stefan Bellof in a Porsche 956 prototype sportscar in 1983. But even then, the lap layout was slightly different, so the Mercedes is arguably even closer to the outright record than it appears.

And just to be clear – the Mercedes-AMG One is a road-legal car that can (in theory) head through the local drive-through and the Porsche 956 was a purpose-built racing car that cannot. 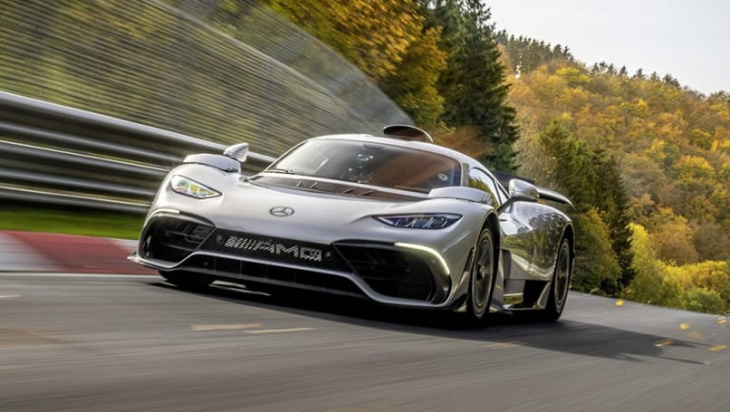 The AMG One can be seen as a reaction to the collaboration between Aston Martin and the Red Bull F1 team to build the Valkyrie, which was hyped at its launch as being as close to an F1 car with numberplates as possible. Except that to achieve that it would use a purpose-built V12 engine and hybrid boost, rather than use the turbocharged V6 in the F1 racer.

Mercedes and AMG actually took the competition to the next level and declared its hypercar would use the same powertrain – turbo V6 and hybrid system – as its F1 machine. And it does. It’s been developed for road use by many of the same British-based engineers that created the engine that powered Sir Lewis Hamilton to his many wins and world titles.

It’s all well and good to make these hypercars that can keep up with an F1 racing car, but the problem is there’s usually only about 20 F1 drivers on the planet at any one time, which means not everyone who buys these modern hypercar cars is capable of handling them.

Just ask Rowan Atkinson. The man behind Mr Bean crashed his McLaren F1 not once but twice, proving that wealth and skill do not go hand-in-hand. 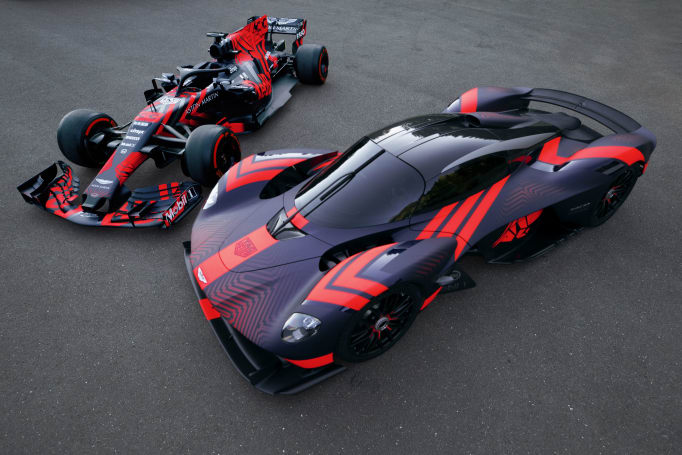 Of course, those who buy these cars are hardly novices when it comes to driving on a racetrack, with plenty of them being amateur racers when they’re not making untold wealth to afford such a lifestyle and car collection (because you don’t just buy a hypercar without either loads of money and a very big garage).

But the truth is actually worse than this in many cases, because while these cars were designed to be the fastest road-legal machines on the planet (and around the Nurburgring), the reality is most of them will spend the majority of their lives sitting still.

These cars have become so powerful and so quick they’re no longer practical or even really enjoyable on the road (at least not without breaking multiple laws), so instead they become collector’s items and commodities. 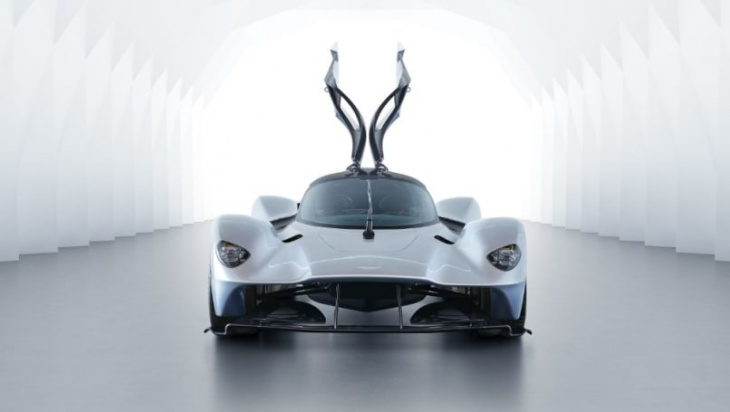 F1-derived hypercars are soon to be superseded by electric hypercars.

Cars like this may cost millions to buy but are almost guaranteed to increase in value. And the less the owner drives them the more valuable they become. Setting a record lap time at the Nurburgring with a professional driver ultimately ends up being the credential for the car, proof that it is quick, even if owners will rarely experience it at its absolute limit.

Not that it really matters for these F1-derived hypercars because that are in their final days, destined for extinction as the new wave of electric hypercars – such as the Rimac Nevera and Lotus Evija – emerge to replace them.

And soon these electric hypercars will head to the Nurburgring to begin this battle of questionable value anew, starting a whole new battle of lap times bragging rights.

The reality is for most Australians, unless you plan on regular track days, most modern hot hatches are getting too fast for legal fun on the roads. It’s why cars with only modest performance, such as the Toyota 86/Subaru BRZ, are so appealing. They are less worried about a Nurburgring time and more focused on putting a smile on the driver’s face – and that should be the goal of any great car…

Keyword: Hypercars are too hyper: Why the constant quest for faster supercars is ultimately pointless | Opinion

The Mercedes-AMG One hypercar is finally making its way to customers. Mercedes-AMG took to Twitter to share the delivery of its new Formula 1-style hypercar. The brand has previously confirmed it will produce only 275 examples, each costing AU$3.9 million. Originally meant for a 2019 launch, the One was delayed ...

Yes, we’re aware that it’s not April 1. In very serious news, the Taliban, Afghanistan’s ruling party, has ripped the silks off its first ever hypercar, developed in just five years. The development of the Mada-9 commenced in 2017, the same time Tesla announced its revolutionary hypercar. Unlike Tesla, the ...

Rimac to develop new IC-engine for next Bugatti hypercar

Mate Rimac: the future of Rimac, Bugatti and the hypercar

The Bertone hypercar is an early possibly eco-friendly christmas gift

Bertone Hypercar To Use Fuel Made From Plastic Waste, Debuts December 21