How the KZN floods affected Toyota’s plans for 2022 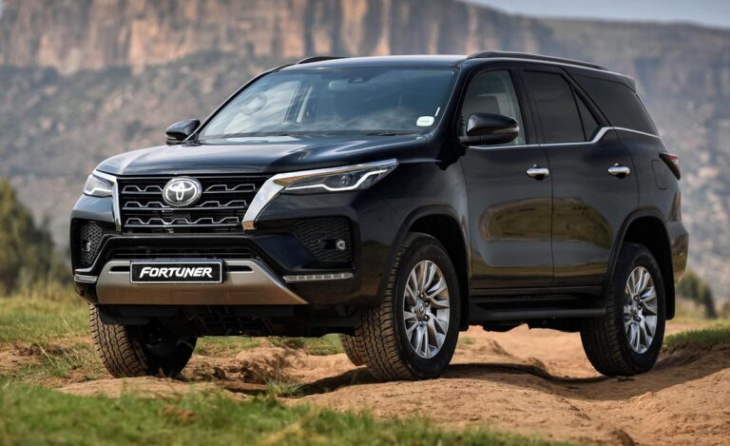 Toyota South Africa has officially re-opened its Prospecton production plant in Durban after the facility was hit with severe flooding back in April.

Roughly 88% of the cars on-site at the time of flooding had to be scrapped, and the subsequent months of repairs and inactivity at the plant have resulted in thousands of additional lost models.

The current goal now is to break even for the year – a target that the manufacturer remains confident it will still be able to pull off given the popularity of the Toyota badge in South Africa.

With repairs complete and the plant back in action, Toyota is once again ready to deliver its full range of models to local motorists and to produce export units for overseas markets.

Toyota’s Prospecton plant re-opening was done in stages, starting with the Hino and Hi-Ace production lines which were brought back online in May.

This was followed by the Hilux and Fortuner in July, and the first weeks of August marked the re-opening of the final production queues for the Corolla Cross and Quest models, meaning Toyota’s local factory is once again fully operational.

Last week the manufacturer also celebrated the shipping of its first export units to Europe since the flooding in April.

In terms of the total cost of the disaster, the immediate damages to the plant are estimated to be in the tens of millions of rands, according to Toyota’s VP of finance and exports, Brownyn Kilpatrick.

An exact figure could not be provided as Toyota is still assessing the full extent of the damages and negotiating with its insurers months after the incident, she said. 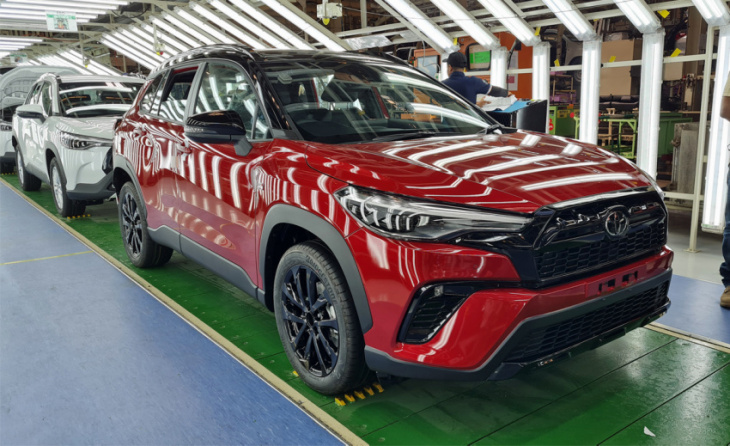 However, a far greater cost than the damages themselves has been the lost revenue from car sales.

It is estimated that 70,000 units were lost due to the inactivity at the plant over the past months as a consequence of the repairs.

The average vehicle making its way off the production line at Prospecton has a value of approximately R400,000, said president and co-CEO of Toyota South Africa, Andrew Kirby, in response to questions from the media.

This means the company has lost roughly R28 billion in revenue since its temporary shutdown in April.

This is also the third disaster to affect Toyota in a little over two years, as Covid-19 and last year’s provincial unrest took a huge toll on the automaker as well.

However, not a single job was lost because of the floods, and the company was achieving record sales within the first quarter of 2022, putting them in good stead ahead of any potential setbacks.

Given the extent of the damage, the brand was able to make its recovery remarkably quickly, helped out by support from parent company Toyota Motor Corporation in Japan.

The re-opening of the facility was also celebrated with the launch of the new Corolla Cross GR-Sport – an athletic derivative of one of the company’s most popular vehicles.

Keyword: How the KZN floods affected Toyota’s plans for 2022

With Toyota struggling to keep up with demand for its manic little GR Yaris hot hatch, the company has announced that the order books have been re-opened for 160 units coming to Australia over the next 12 months. Toyota was forced to put a pause on orders for the GR ...

Source: Toyota Toyota has been known to be slower to the EV party with no BEV (Battery Electric Vehicles) currently available in Australia. The bZ4X, Toyota’s first BEV model, which was launched earlier this year in the US has been allowed to be sold again. That’s after a major ...

Toyota said it would restart production of its first electric vehicle, the BZ4X, on Thursday after fixing potential safety problems that had halted sales of the new battery-powered model for more than three months. Japan’s largest automaker, a laggard in the EV market, recalled 2,700 BZ4Xs globally in June ...

Structural problems with the wheels have been solved, and the all-electric car will go back into production shortly.

Less than 200 civilian-spec Mega Cruisers exist and they're exceptionally hard to find Stateside. This one has a U.S. title and it's been converted to left-hand drive.


View more: Here's Your Chance to Buy an Ultra-Rare Toyota Mega Cruiser in the U.S.