How Much Torque Do Windshield Wipers Have?

How much energy do windshield wipers use? 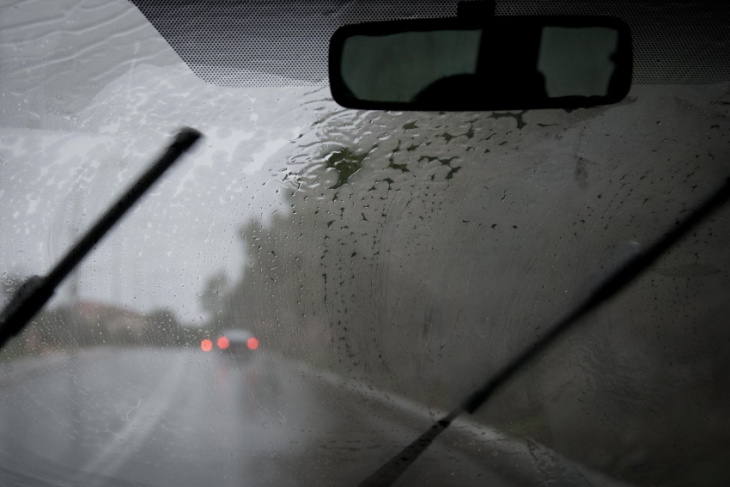 The motors of windshield wipers are typically an induction-type unit paired with a control system. The motor itself doesn’t make the wiper arms go back and forth. Linkages that attach the blades to the motor move them in a wiping fashion on your windshield. While conventional induction devices are preferred, a consequent-pole induction unit can work to reduce cost. The motor will draw energy from the automobile’s 12-volt battery.

According to Electrical Engineering Stack Exchange, windshield wipers can use up to 50 watts of power, which equates to 4.2 amps at 12 volts of electricity. However, many brands will use much less than that. A user on the site explains that, in comparison, a 30 amp motor would produce approximately 250 watts of power and need 360 watts to run.

The 30 amp uses about seven times more power than the standard 12-volt would use. You’re not likely to find a wiper motor that powerful, though. A 12-volt unit is closer to what you would get nowadays, according to Answer to All‘s website. Also, wiper motors aren’t exactly designed to be used continuously. Drivers typically run them only when it’s raining or snowing, which could only last a short duration.

How much torque do windshield wipers produce?

@NevadaDMV TRIVIA TUESDAY celebrates Women’s History Month: Mary Anderson of Alabama received a patent for the first windshield wiper in 1903. Her invention was a handle-operated, rubber-bladed device designed “to remove snow, rain or sleet” from windshields of motor cars. pic.twitter.com/MM8DHwflPG

Torque, in a nutshell, is the amount of force necessary to move an object or to perform an activity, much like your car’s engine does to propel the vehicle forward. That’s why many automakers boast the cars they produce have powerful engines with high horsepower and torque numbers. In this case, though, we want to know how much energy usage the wiper motors need to move the windshield wiper blades across your car’s windshield.

We’re not going to get figures in the hundreds like we often see with vehicles sporting powerful engines. Answer to All’s website reports that a wiper motor can get up to 60 Newton Meters (Nm) to start when using 12 or 24-volts devices. Converting that to torque, you would get around 44 lb-ft. That goes for your typical arm assemblies or the pantograph arm on taller windows.

An unofficial test determined that you can get within a range of 10-20 lb-ft of torque, depending on a few different factors. In one, the motor performed with 13.5 lb-ft when running a wiper at high speed, as stated by a user on Quora. However, when operating them at lower speeds, the amount of torque produced was 17.5 lb-ft, at least regarding what users estimated in their tests.

What else could affect torque energy usage figures?

Just like torque figures can change depending on the size of an object, it’s the same with wiper blade motors. The amount of force needed to move small-sized wipers is going to be less than what it takes to move ones that are significantly longer. The same goes for the size of the windshield.

Typically, larger trucks and RVs use longer wiper blades because of their bigger windshield surfaces. This means more torque is needed to get the wiper arms to move the way they’re supposed to. That’s why manufacturers will request their professional service department replace the arm assemblies in recalls due to the specific amount of torque needed to tighten the nut on the arm.

Vehicles with gasoline engines often have high torque numbers because it’s what gets the car to move from a standstill. Horsepower is what keeps it going. However, it’s not the only motor a vehicle has. Windshield wipers, for example, have their own device to move the arm assemblies across the windshield. Torque is needed to get them going when the rain or snow impedes your view of the road.

Keyword: How Much Torque Do Windshield Wipers Have?