Ever since U.S. car enthusiasts have been able to legally import cars Japanese domestic market (JDM), there have been many Nissan Skylines reaching our shores. Thanks to the popularity of movies like “The Fast and the Furious” and video games like Gran Turismo, driving a venerable supercar like the R33 Nissan Skyline GTR can now become a reality for many. But how much does it cost to legally import and import one of these cars? 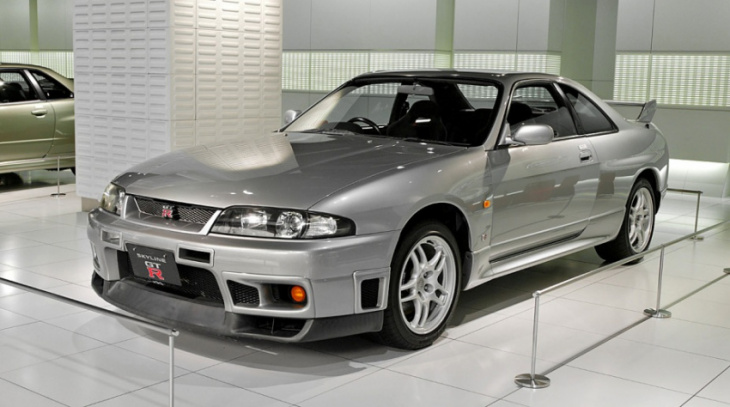 If you’re on the hunt for an R33 Nissan Skyline, your best bet is to check out importer websites. There are various importers across the U.S. that legally import everything from Nissan Skylines and Toyota MR2s to the weirdest vehicles you have never heard of, like a Honda Orthia wagon or a Toyota Hilux Surf. Thanks to the new federal importing laws, which allow JDM vehicles older than 25 years to be shipped over to the U.S., plenty of importers are receiving all kinds of cars every day.

However, if you’re looking specifically for an R33 Nissan Skyline GT-R, you’ll need to be prepared to pay a pretty penny. This top-trim Skyline, made from 1993 to 1998, typically sells for around $55,000 to $70,000, according to recent auctions on Bring A Trailer. Keep in mind that these are usually really clean examples with some modifications. However, the GT-R moniker, in addition to the AWD architecture and twin-turbo engine, is what mainly drives up the price.

If you want a cheaper R33 Skyline, look for a lower trim level 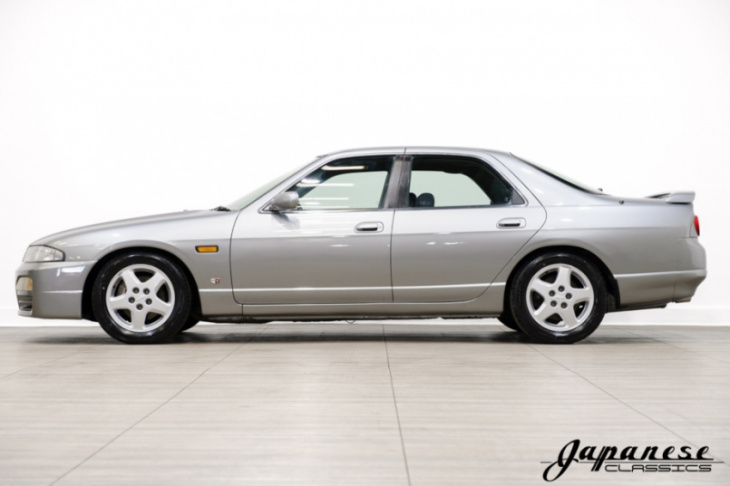 If you don’t have that much cash to throw at an R33 Skyline GT-R, you can always aim to buy a lower trim level. There are four different trim levels below the top-trim GT-R, which include the GTS, GTS-25, GTS-4, and GTS-25T. The main difference between these trims and the GT-R is they were available in a rear-drive configuration. Nissan also offered them a four-door sedan or a two-door coupe model as well.

As such, if you’re looking for an R33 Skyline, there’s a chance that you’ll find a few GTS-25T models for sale. For example, there is a 1997 Skyline GTS-25T sedan model for sale at Japanese Classics – a JDM importer on the East Coast — $24,295. That’s a little cheaper than a brand-new Honda Civic and far cheaper than its Skyline GT-R counterpart.

The beauty of this particular model lies in its unique sedan architecture, which is more practical. However, keep in mind that the car is rear-drive and not all-wheel drive.

The R33 Nissan Skyline is one of the original supercar killers 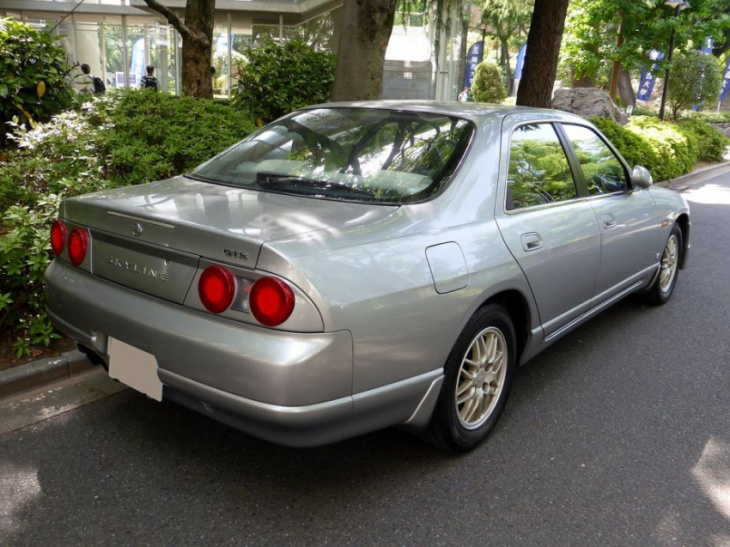 If you’re in the market for an R33 Nissan Skyline, remember that you will likely pay a hefty price tag for the GT-R model. It’s an icon for sure, but many of them are going for the same price as a used R35 Nissan GT-R, which is easier to live with. The U.S.-spec R35 GT-R is a left-hand drive, and you can find parts to maintain and modify it.

On the other hand, buying a JDM-spec Skyline could cost more to maintain, and it could be harder to find replacement parts for it. But if you want a piece of Nissan history – in addition to one of the original supercar killers of its time – then an R33 Nissan Skyline is the car to get.

Keyword: How Much Does an R33 Nissan Skyline Cost?

The Nissan Patrol Warrior is coming soon (image credit: Thanos Pappas) Work on Nissan’s first-ever Patrol Warrior continues, with the brand to finally launch the home-grown hero variant in 2023. And in good news for those already in the queue for the regular version of Nissan’s Toyota LandCruiser 300 ...


View more: Where's our Warrior? The latest on the most hardcore Patrol ever as Nissan takes aim at the Toyota LandCruiser GR Sport

Lego released a preview of a R34 Nissan Skyline GT-R V-Spec slated to join its Speed Champions lineup next year. The R34 Skyline and accompanying Brian O’Conner miniature figurine (or “minifig”) are inspired by the 2003 movie 2 Fast 2 Furious, complete with Toyo Tires badge and accurate Florida ...

Nissan's fourth-generation X-Trail has arrived with a new look, platform, and new tech.

A look at Consumer Reports’ new car reliability rankings A brief overview of the 2022 Nissan Altima The 2022 Nissan Rogue is a well-balanced and reliable SUV Nissan is a Japanese automaker that has a lot of good cars in its lineup, and like other Asian automakers, some Nissan ...


View more: The 2 Most Reliable Nissan Models of 2022 According to Consumer Reports Owner Surveys