What can an automotive designer do when one of the most important elements of the front signature is eliminated? Well, at first, you cheat. 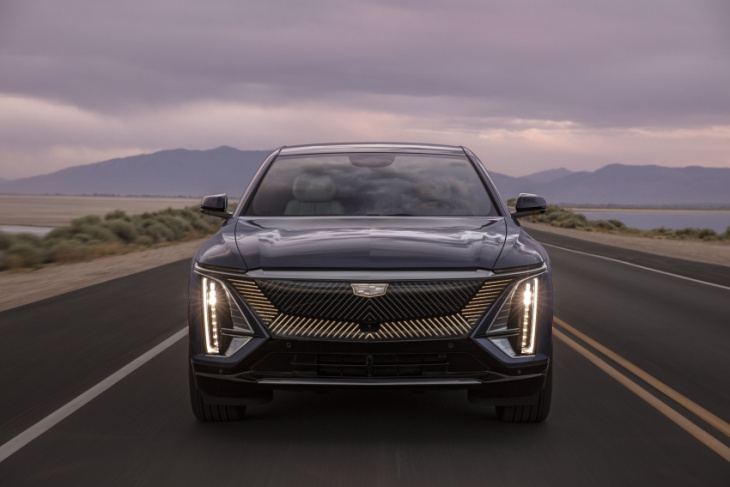 Ask an automotive designer what part of the car establishes its identity and they most likely will point to the front end. This isn’t too surprising given that when we recognize someone it’s generally by their face, and without getting too anthropomorphic, the front of a vehicle is as close to its face as it comes.

We’ve come to recognize some fairly standard elements—not unlike your face—that make up the composition of most contemporary vehicles. Headlamps, secondary lighting, grille, and brand badge have been pretty much a part of every car, truck, and SUV out there. And it’s been this way, for the most part, since most manufacturers converged on a common direction over a century ago that the architecture for an internal-combustion vehicle was to mount the engine in the front. 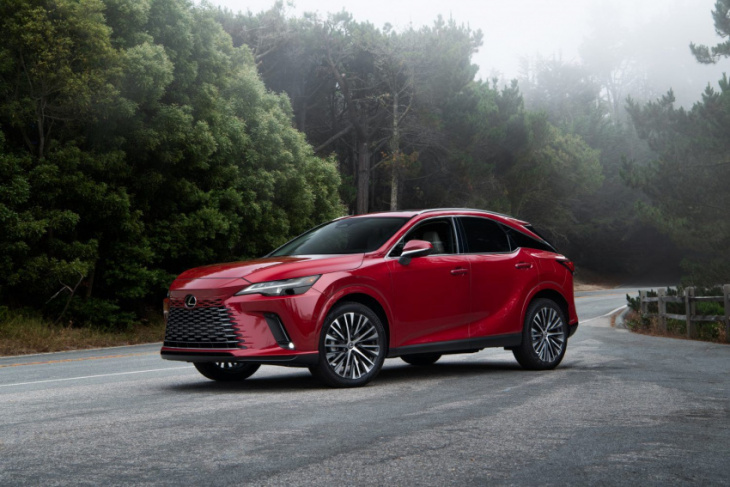 In their efforts to manipulate the expression while maintaining an identity for the vehicle, designers over time have been playing around with those standard elements, sometimes making them more prominent—we’re looking at you, BMW, Lexus, and Genesis, those grilles!—and at other times even eliminating them.

In the mid-1960s, so strong was the trend to concealed headlamps that almost every car manufacturer offered them, including your mom’s Country Squire wagon. Part of their popularity in the US might be because domestic designers were more constrained by the round sealed beam units mandated by federal regulations, something not shared by their European counterparts.

The relaxation of those regulations allowed designers to first employ rectangular sealed beam lamps in the 1970s to the fully integrated composite units of today.

Front lighting, apart from just illuminating the road, has always played a role in front end design and vehicle identity. In the 1930s, the British Wolseley had a badge that lit up, while Pontiac offered an Indian chief hood ornament in the 1950s that did the same. The 1986 Mercury Sable sported an illuminated “grille” that was unique at the time.

It was in 2000 that BMW introduced its “halo” headlamps, or “angel eyes,” that started the trend toward distinctive daytime running lights that continues to this day. Most new vehicles feature some sort of DRL, which started out as a proposed safety item (a requirement in Canada and some European countries, but not the US) but really has evolved into yet another design device to distinguish an individual face.

As if this wasn’t enough, some manufacturers have gone beyond the DRL to employ other illumination elements. For example, in case you fear your new Mercedes-Benz isn’t getting the proper recognition it deserves at night, you have the option to light up its three-pointed star emblem. What’s old is new again. 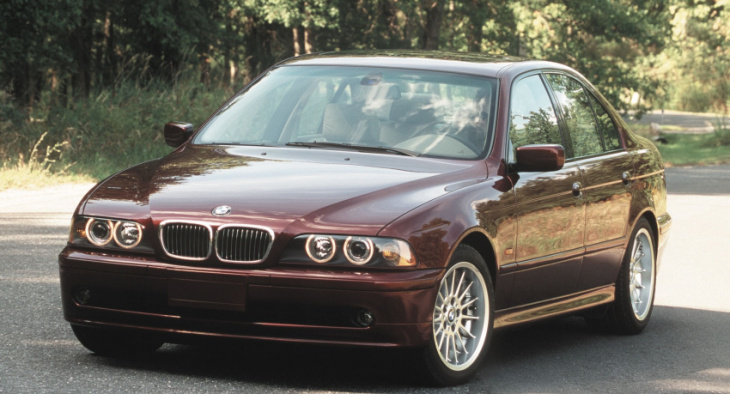 With EVs, a strong front lighting signature will become even more important. Why? Because you don’t have the traditional ICE cooling requirements and therefore the need for a traditional air intake or grille. So, as a designer, what happens when one of the most important elements of the front signature is eliminated? What do you do? Well, at first, you cheat.

Think back to the original Tesla Model S. While the car did not have a traditional grille, in its place was a painted 2D graphic that simulated one. In doing so, the car retained a traditional “face” without resorting to a false grille. Later versions would eliminate the graphic for what might be considered a more honest approach.

Look at today’s Mustang Mach-E or the Chevrolet Bolt EV, however, and you will still see an area that at first appears to be where a grille is, or should be. These cars leverage surfacing to suggest an air intake, without literally representing one and thus preserving, especially in the case of the Mach-E, a recognizable front graphic identity. 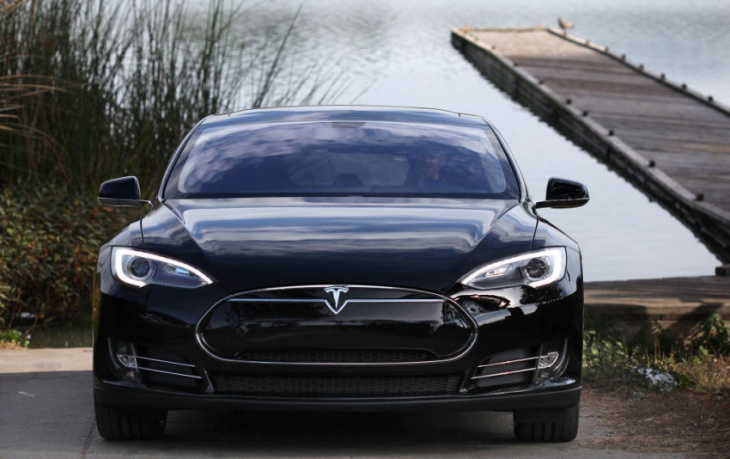 Cadillac, however, with the new Lyriq, takes a different approach. With a front that has been described by a former Cadillac design director as “Tokyo’s Ginza by night,” it uses illumination to depict all front graphic components. The Lyriq has no grille. Instead, a “Black Crystal Shield”-shaped surface lights up through a series of etched-in lines.

Vertically stacked LED lights retain the Cadillac vertical lighting signature (its best execution yet), and of course the front crest is illuminated as well. To top it off, the entire front end goes through a choreographed animated light show upon startup. There’s nothing on the road quite like it, and importantly, once you see one, you’ll know what it is. (As a side note, think about how this parallels the trend in elaborate interior ambient lighting.) 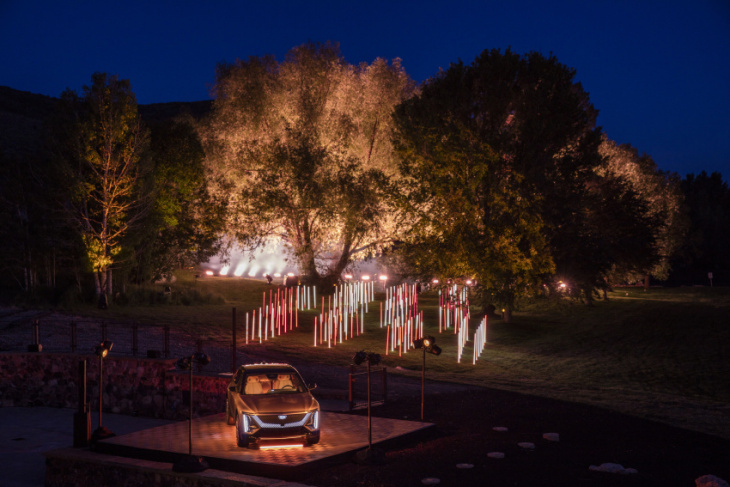 Cadillac used a dazzling light show during the media launch this summer to punctuate the Lyriq’s lighting signature.

Now, you may ask, does one really need this? Some may consider it excessive, while others, once their friendly Cadillac dealer has demonstrated that light show extravaganza, will be hooked.

Regardless of your position, the Lyriq is the first production vehicle that embraces a unique all-illuminated approach in an attempt to re-interpret traditional front-end identity.

And given the competitive nature of the industry, it likely won’t be the last. 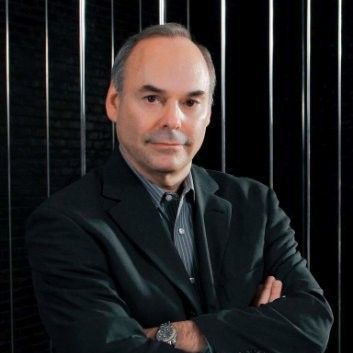 INDIANAPOLIS — Two drivers with a passion for victory will seek to continue Chip Ganassi Racing (CGR) and Cadillac’s rich heritage of winning on the racetrack in an exciting new era of IMSA WeatherTech SportsCar Championship prototype racing. Sebastien Bourdais and Renger van der Zande, who have co-driven the ...

It’s the clash of the supersaloons as Cadillac’s mighty CT5-V Blackwing takes on our reigning Car of the Year, BMW’s sensational M5 CS

With the World on the cusp of the electric era, there’s reason to celebrate for those that still dig a big-bore V8. The 2022 Cadillac CT5-V Blackwing is the most powerful and fastest production model the company has ever produced. It’s also likely the last hurrah given the company’s promise ...

What’s New For the 2023 Cadillac Escalade?

Loved the Sopranos? You Can Buy Tony’s Cadillac Escalade

US: First 36 Cadillac Lyriq Were Delivered To Customers In Q3

The Cadillac Lyriq Has Already Been Recalled for Faulty Tech

Cadillac Lyriq Gets Recalled For Touchscreen That Goes Blank