The company has long been criticized for being behind on EVs. Now, it's reorganizing to catch up. 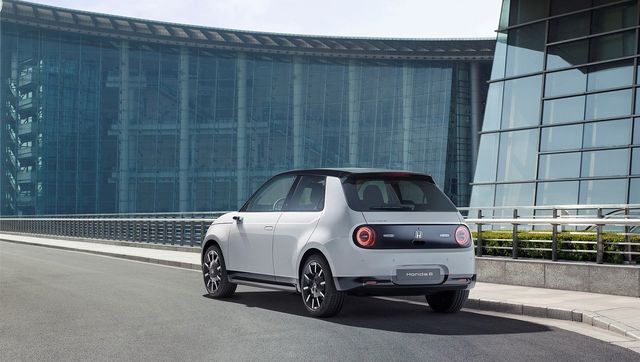 Honda’s approach to EVs has been controversial. As we learned through speaking to its executives and visiting its R&D center in Japan in 2022, the company was caught off guard by the rapid adoption of EVs in the U.S., Europe, and China, and is now racing to become a leader in the space. As part of that effort, Honda is starting a new division to consolidate its wide-ranging electrification plans, the company announced in a press release on Tuesday.

We reported back in November that the company’s electrification internal investments were wide-ranging and ambitious. From batteries you can swap between your scooter and your household power system to hybrid vertical-take-off aircraft, the company is betting on a lot of horses. The new Electrification Business Development Operations division will combine these efforts under one division, combining car, motorcycle, and power generation projects under one centralized unit. They’ll focus on three regions, broken up in an unconventional way: China, North America, and everywhere else.

Both China and North America have serious market-specific players, hurdles, and consumer desires. Both also have relatively protectionist strategies that heavily incentivize local construction—China through its requirement that you work with a Chinese partner, North America through a new federal tax credit that heavily depends on North American final assembly and parts content. Honda is already working with GM to get Ultium-platform long-range electric SUVs to its dealerships in the next year or so, and aims to get an EV jointly developed with Sony to the U.S. market by 2026.

In the longer term, the company’s CEO and its head of electrification both told Road & Track that the development of solid-state lithium-ion batteries will be central to its strategy. If it can gain a tech edge there, and focus its other EV bets, the company is hoping to be a leader in the EV world, too.