Honda Plans for 10 or More Electric Motorcycles Globally by 2025

While most of those will be for China and ASEAN countries, we in the US might get some fun bikes. 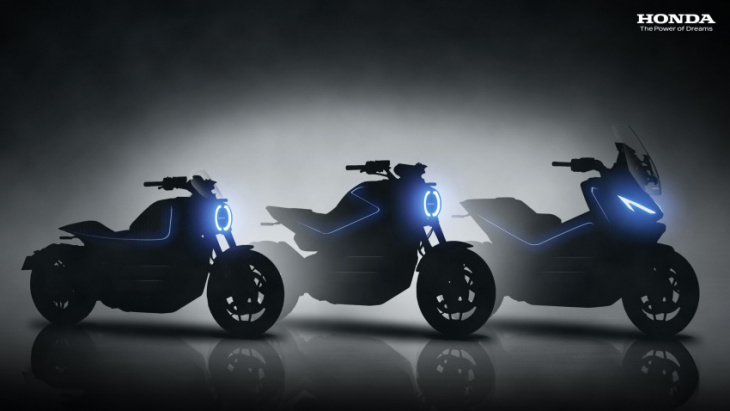 Honda is the world’s largest motorcycle manufacturer, selling between 15 and 20 million motorcycles worldwide every year. Yesterday in Japan Honda announced it would begin shifting toward electric motorcycles, announcing plans to introduce “10 or more” electric motorcycles by 2025 and increase annual sales of electric models to 1 million units a year within the next five years and 3.5 million by 2030. And it will power them using solid-state batteries, a technology still being developed.

While this sounds like it could be kind of cool for motorcycle enthusiasts, the likely product plan will include mostly smaller motorcycles and scooters, and most of those will go to markets in Southeast Asia, India, and China. Specific plans for us here in the US did include what Honda called FUN (note the caps) electric motorcycles.

“In addition to commuter EVs, Honda is actively developing electrified models in the ‘FUN’ category,” the company said. “Based on its FUN EV platform currently under development, Honda plans to introduce a total of three large-size FUN EV models in Japan, the US and Europe between 2024 and 2025. Honda will also introduce a Kids Fun EV model, designed to pass on the joy of riding to the next generation.”

Here in the US, Harley-Davidson leads moto sales with just over 100,000 deliveries a year, according to Statista.com, which tracks sales data globally. But Honda is the number-two seller of motorcycles in the United States. 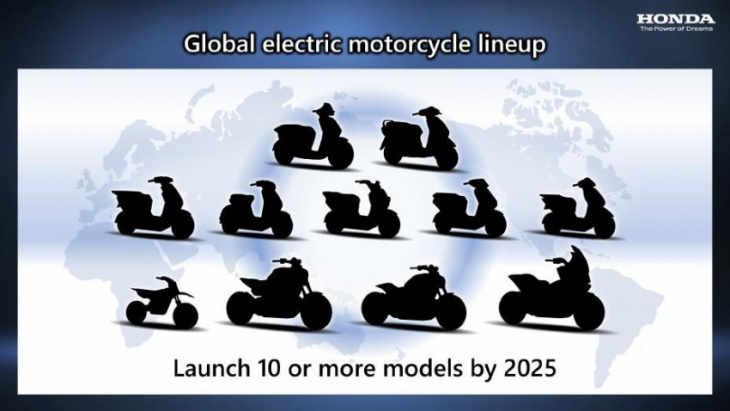 A slide that accompanied the Honda announcement showed silhouettes of 11 models, seven of which were scooters, one of which looks like the already announced CRF-E2 electric kid’s dirt bike, and three of which looked like full-size traditional motorcycles, maybe.

“Honda will accelerate the electrification of motorcycles as the primary focus of environmental strategies for motorcycle business, while also continuing to advance ICE, aiming to achieve carbon neutrality for all of its motorcycle products during the 2040s,” the company said.

So at the same time that it’s working on introducing new electric motorcycles, Honda said it will work on making internal-combustion motorcycles cleaner, though that, too, will take place in markets other than our own.

“Honda continues its initiatives to reduce CO2 emissions from ICE models, while also developing models compatible with carbon-neutral fuels such as gasoline-ethanol blends.”

Speaking globally, that means E100 flex-fuel bikes in Brazil and India, Honda said. The electric models will introduce “commuter models and fun models combined,” the moto-maker said, in what sounds like a promising statement.

Specifically, there will be “business-use electric motorcycles” in Vietnam and Thailand, to be known as e:Business Bikes. Then in 2024, Asia, Europe, Japan, and China will get two commuter EVs and some electric mopeds and eBike bicycles.

But remember, they did promise “FUN,” so hang on and plug in. The electric future won’t be all bland.

Keyword: Honda Plans for 10 or More Electric Motorcycles Globally by 2025