The pressure is on for brands that want to be on top. In the most recent National Automobile Dealers Association’s Dealer Attitude Survey, Honda is back in the top five. What changed to see Honda cars, trucks, and sport utility vehicles fall out of favor and back up the ranks so quickly? NADA says it all comes back to supply and demand or the Honda inventory shortage.

Honda will slash production plans by up to 40% in Japan due to persistent supply chain and logistical issues. The news comes as Japanese automakers have been cautiously optimistic that chips shortage that caused repeated production cutback is easing.https://t.co/3eSDz0JTU3

If you haven’t come across the National Automobile Dealers Association’s Dealer Attitude Survey before, it essentially lets consumers tell brands how things are going. This survey happens twice a year, and respondents took this survey in July, Automotive News says.

Lexus, Toyota, and BMW sit at the top, which isn’t unusual. Porsche came in fourth place, followed by Honda, who had dropped down to the sixth spot for last year’s winter survey.

That sent Kia packing to sixth place, followed by Subaru, Mazda, Acura, and Audi. Honda is usually in the top five of the Dealer Attitude Survey but has had a tumultuous couple of months due to semiconductor chip shortages and other industry disruptions. 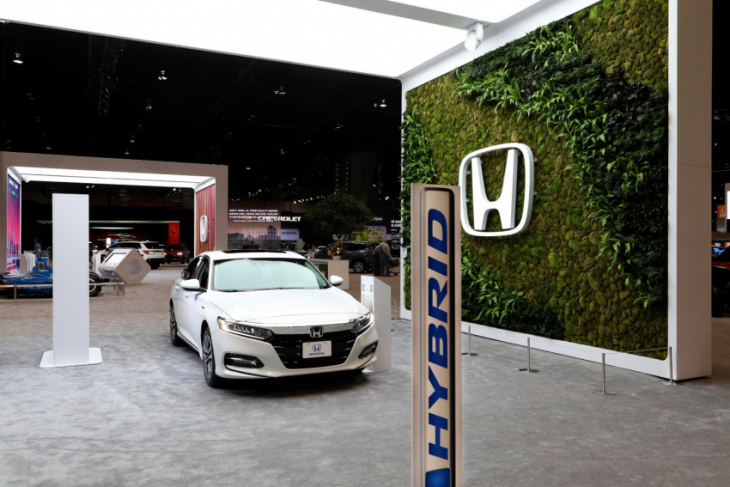 Much of the automotive industry has been impacted by COVID-19-related issues and semiconductor shortage problems. Honda, in particular, saw a considerable disruption in its production over the last few years. That left some potential buyers without a Honda and, in turn, in the arms of the competition. This significantly impacts the dealership experience, which comes out in the Dealer Attitude Survey.

“It is not surprising to see Honda back in the top five. We continue to have transparent and ongoing communication with our dealer body as we work through a challenging production situation.”

Both Honda and Acura have seen major impacts due to supply shortages. While production and inventory have been on an upswing lately, Honda reported a 5.2% decline in sales for November. Fini said while Honda isn’t out of the woods yet, things are improving.

Lexus and Toyota remain at the top, while Mercedes fell out of the top 10

Lexus and Toyota share the number one and two spots regularly. BMW and Porsche didn’t move between the last survey and now. Toyota hasn’t been without its supply chain issues, though. Not to mention Mercedes-Benz, which slipped from spot number nine to off the top 10.

Rob Moran, a Mercedes-Benz spokesperson, said a lot of change is on the horizon for the brand. Mercedes is “committed to transforming nearly every facet of our business, which includes reshaping many of our prior dealer partner touch points and field personnel structure.”

Jeff Aiosa, the owner of Carriage House Mercedes-Benz of New London in Connecticut, says the score is due to various issues. The brand planned to cut trade margin to cover its expensive investment in electric vehicles. He also noted a lot of turnover in the executive management team. Mercedes said in June it was restructuring to offer a different experience for in-person sales. For now, Honda hopes to retain its spot, and Mercedes hopes to get back in the running for 2023.

Max Verstappen says he expects Mercedes to be Red Bull’s “main rival” in 2023 as he prepares for another potential F1 title battle against Lewis Hamilton. Verstappen defeated Hamilton in their showdown at the controversial 2021 Abu Dhabi Grand Prix to win his maiden F1 title, before enjoying a ...