Honda and LG Energy Solution have formed a joint venture to make US batteries. 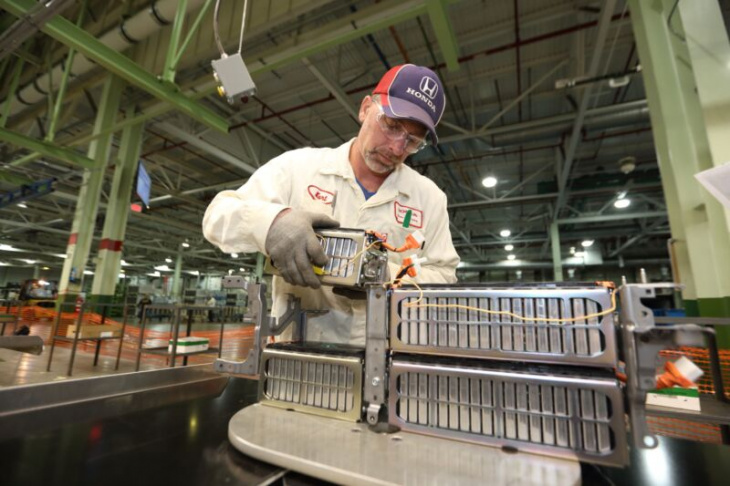 North American lithium-ion battery production is set to soar over the next decade. The Biden administration and Congress have both put policies in place to incentivize domestic manufacturing over imports, and startups, battery companies, and automakers are responding. Honda and LG Energy Solutions are the most recent to make moves; on Monday morning, the companies announced that they are forming a $4.4 billion joint venture to build a US battery factory.

“Our joint venture with Honda, which has significant brand reputation, is yet another milestone in our mid- to long-term strategy of promoting electrification in the fast-growing North American market,” said Youngsoo Kwon, CEO of LG Energy Solution. “Since our ultimate goal is to earn our valued customers’ trust and respect, we aspire to position ourselves as a leading battery innovator, working with Honda in achieving its core initiatives for electrification, as well as providing sustainable energy solutions to discerning end consumers.”

In May, the Department of Energy announced $3 billion in funding to boost domestic battery production. Much of that battery production will be destined for electric vehicles, particularly since President Joe Biden signed the Inflation Reduction Act into law this month. The law ties an EV’s tax credit to where its battery pack was made—if an ever-increasing proportion of the pack is not domestic, there is no credit.

Even before the change to the EV tax credit, automakers have been rushing to set up battery plants in the US, usually in southern states with no union presence. General Motors and LG are already building Ultium battery cells in Ohio, and Ford and SK are building plants in Tennessee and Kentucky that will supplement SK cells already being made in Georgia.

Volkswagen is another customer for those Georgian SK cells for locally made ID.4 crossovers. But VW is also looking to build cells in North America, possibly with multiple modular 40 GWh factories.

Stellantis—the owner of Ram and Jeep, among other brands—is another one of LG’s partners. It’s targeting 2024 for the start of local cell production at a factory in Windsor in Canada. But car companies can be promiscuous—Stellantis is also working with Samsung SDI on a battery joint venture in Indiana that is due to come online in 2025.

2025 is when Honda and LG are targeting mass production at this newest of joint ventures. It’s too soon for them to have finalized a site for this factory, but the companies say they plan to begin construction early next year. The battery factory will make pouch cells, with an annual capacity of 40 GWh.

“Honda is working toward our target to realize carbon neutrality for all products and corporate activities the company is involved in by 2050,” said Toshihiro Mibe, president and CEO of Honda Motor Company. “Aligned with our longstanding commitment to build products close to the customer, Honda is committed to the local procurement of EV batteries which is a critical component of EVs. This initiative in the U.S. with LGES, the leading global battery manufacturer, will be part of such a Honda approach.”

Earlier this year, Honda revealed that it was working with GM on a new range of affordable EVs using the latter’s new Ultium battery platform and a flexible vehicle architecture. The first of these new Honda EVs is due in 2027.

Keyword: Honda is the latest automaker looking to build a US battery factory