The Honda Shine Celebration Edition sets itself apart with slight enhancements to its styling. 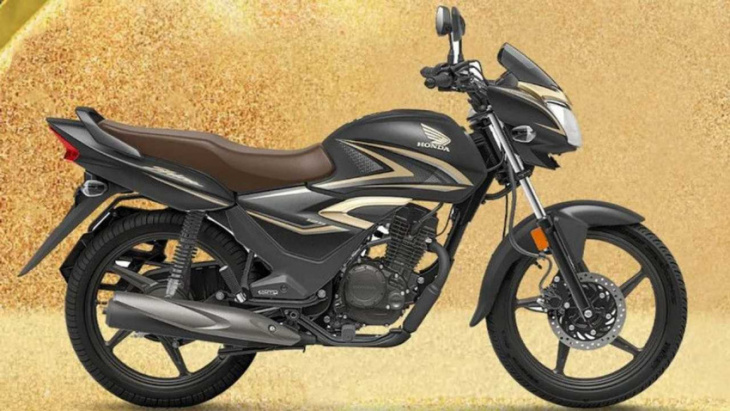 The festive season in India is well underway, and this means it’s the opportune time for businesses to launch new products and promotions to entice consumers to get their hands on their newest stuff. True enough, the same is true for the motorcycle industry, and motorcycle manufacturers have been releasing new models left and right.

Honda, in particular, has released a special edition of its entry-level commuter, the Shine, in the form of the Celebration Edition. Apart from the timely launch of the bike in India’s festive season, the special edition model has also been launched to mark the sale of 1 crore, or ten million units of the Shine being sold in the Indian market. Just like the standard model it is based on, the Celebration Edition is an incredibly affordable motorbike, and retails for just Rs 78,878, which is the equivalent of around $984 USD. It is, however, a tiny Rs 1,500 ($19 USD) more expensive than the standard model.

For the added money, you get two new color options – Matte Steel Black Metallic and Matte Sangria Red Metallic. In addition to these two new colors, you will also find golden stickers running along most of the length of the motorcycle, along with a new brown faux leather seat. Those who are familiar with the motorcycle will surely appreciate these little touches, however, other than that, the bodywork and the general styling of the bike remains the same.

On the performance side of things, the Honda Shine Celebration Edition is equipped with a 123.94cc, air-cooled, single-cylinder engine. It pumps out a rather docile 10.6 horsepower and 8 ft-lbs of torque, and is mated to a five-speed manual transmission. In the Indian market, the Honda Shine rivals motorcycles like the Hero Super Splendor and the Bajaj CT 125X, which was also just recently unveiled as part of Bajaj’s entry-level, budget-focused offerings.

A new bagger to take on Big Red’s V-twin foes.

Honda has unveiled the design of the upcoming Honda Prologue, their future EV SUV offering coming in 2024. While Honda has already released their first electric vehicles in other markets with the Honda E hatchback, Honda has yet to introduce anything electrified since the Honda Clarity to North America. The ...

Honda’s all-new Prologue Elite battery-electric SUV will arrive in North America in 2024, and here’s your first look. The Japanese brand says the EV, co-developed with General Motors – has a “Neo-Rugged exterior and interior styling, and ample interior space that’s ready for adventure inside and outside the city limits.” ...