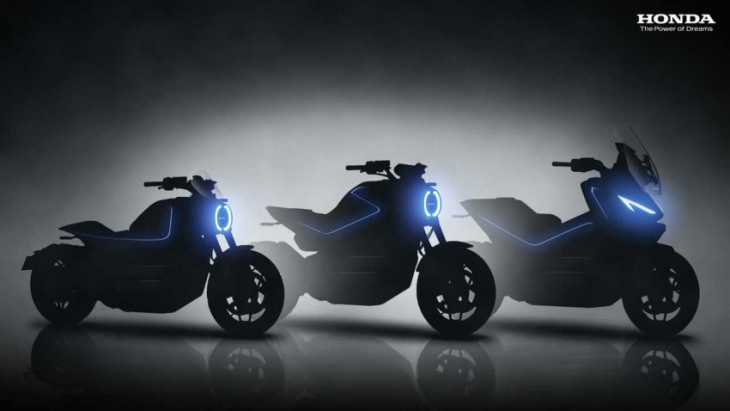 Honda has remained one of the most ardent electrification proponents over the past few years. Team Red isn’t just at the forefront of European and Japanese swappable battery consortiums, it also sets some of the most aggressive electric mobility goals among all motorcycle manufacturers.

Now, Honda is backing up those ambitious aims with an electric motorcycle and scooter rollout that should help the company achieve carbon neutrality by the 2040s. In order to reach that lofty target, the firm will release 10 new electric models by 2025. Honda categorizes those prospective models into three categories: Commuter EVs, Commuter EM(electric mopeds)/EB (electric bicycles), and Fun EVs.

The Commuter EV range will also cater to consumers in Asia, Europe, and Japan. With two new models expected to arrive in 2024 and 2025, Honda is wasting no time bringing more EVs to the masses. 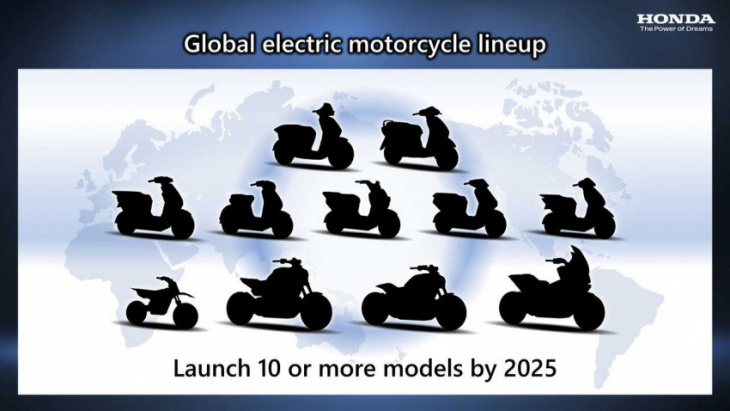 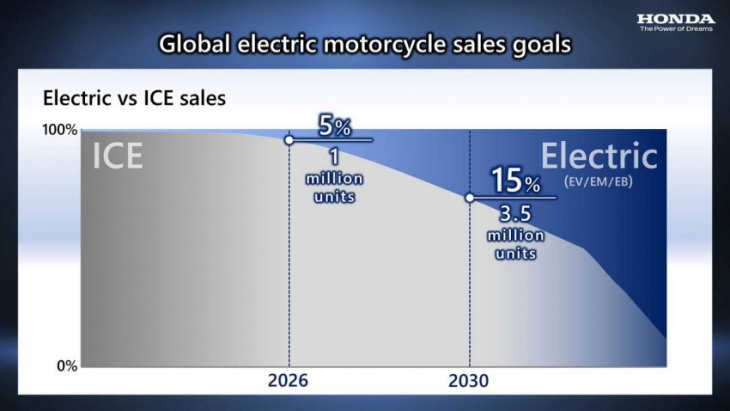 However, the brand hopes to make its biggest gains in the Commuter EM/EB market. This category claims 90 percent of global electric motorcycle sales (~50 million units). EMs/EBs have become wildly popular in China, and Honda hopes to capitalize on that boom by releasing five compact, budget-friendly models in Asia, Europe, and Japan by 2024.

Taking a step away from the practical, Honda will also unveil four Fun EVs that exceed 50km/h (31 mph). Three full-sized models will appeal to adult riders while a Kids Fun EV model should hook ‘em while they’re young. Based on the teaser image, it seems like a cruiser, naked, and scooter will comprise the full-sized offerings, but those in the U.S., Europe, and Japan will have to wait for 2024-2025 for the full reveal.

While the manufacturing giant preps its new electrics for the market, it will continue to develop battery standards, swappable battery infrastructure, and its user interface/experience with software subsidiary Drivemode. Ultimately, Honda hopes that these efforts will push its electric motorcycle sales to one million units by 2026, and to 3.5 million units by 2030.

Still, the brand won’t give up on internal combustion in the interim. Team Red plans to debut gasoline-ethanol flex-fuel models in India by 2023 (E20) and 2025 (E100). Honda may spearhead many electric initiatives, but it knows the transition away from fossil fuels will require several different solutions.