Honda and LG investing $4.4B to build batteries in the US 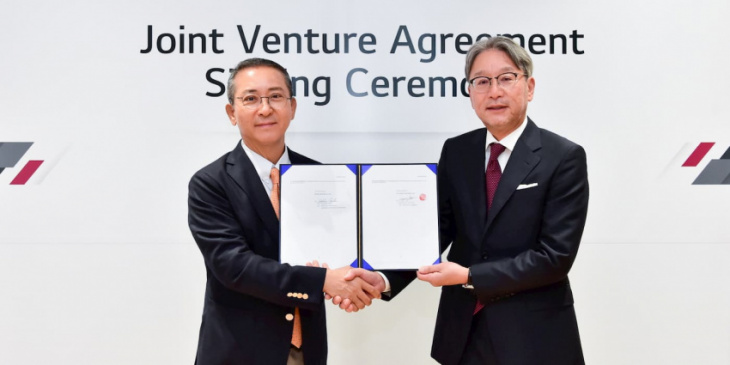 Although many Japanese automakers are falling behind in the EV race, Honda is taking a big step today to solidify its place in the future of automobiles. Honda announced Monday that it will be forming a new joint venture with LG Energy Solution to build EV batteries in the US.

Japanese automakers have been slow thus far to join the growing movement toward electric vehicles, with two of the biggest automakers, Honda and Toyota, both having shown skepticism toward the industry. A Toyota executive was recently quoted saying something along the lines of demand for EVs is not strong enough. For context, neither company has a pure battery electric vehicle to test that theory.

However, with the Inflation Reduction Act passing in the US and new incentives for buying US-made EVs, they may be forced to change their stance.

Honda expanded its partnership with GM in April with plans to introduce an affordable EV lineup. The Japanese automaker initially partnered with GM in 2020 with plans to build two EV models on GM’s Ultium battery platform.

We recently saw a glimpse of the upcoming Honda Prologue, its new EV SUV, which will be built on the platform.

The Japanese automaker aims for 100% electrified vehicle sales by 2040, a much slower pace than its peers. But “electrified” is broad and can also include hydrogen-powered cars or hybrids.

Although the progress has been slow so far, Honda seems to be picking up the pace with a sense of urgency. With today’s announcement, the legacy automaker is getting one step closer to its EV goal.

Honda joins a growing list of automakers establishing partnerships for EV batteries. For example, GM’s Ultium platform (which Honda is using to build its EVs) is also made with the help of LG Energy.

Under Honda’s new agreement with LG, the joint venture will make lithium-ion batteries for its Honda and Acura EV models. Honda and LG are investing $4.4 billion to establish a new US plant that expects a 40 GWh annual capacity.

Aligned with our longstanding commitment to build products close to the customer, Honda is committed to the local procurement of EV batteries which is a critical component of EVs. This initiative in the U.S. with LGES, the leading global battery manufacturer, will be part of such a Honda approach.

Based on Honda’s comments, it sounds like the automaker may be warming up to the idea consumers want EVs.

The location of the new plant is yet to be determined. But, with Honda planning to introduce EV models in the US, the partnership aims to start construction in early 2023, with mass production of EV batteries by the end of 2025.

Honda’s new partnership with LG Energy is encouraging. I like to see the automaker putting together a plan to accelerate its EV strategy and make it happen.

Even though Honda has been slow to join the EV race, it’s better late than never. We will see if other Japanese automakers follow suit (looking at you, Toyota).

So far, the bill is doing exactly as designed, bringing manufacturing back to the US. With the Inflation Reduction Act incentivizing buying EVs built in the US, Honda joins a growing list of automakers looking to build on US soil. Mercedes Benz, Hyundai, and others have announced they will make EVs in the US.

Keyword: Honda and LG investing $4.4B to build batteries in the US

THE latest Honda HR-V has certainly been expanded in its model range to cater to a more diversified clientele and a notable one is the hybrid version, the e:HEV RS. While those familiar with hybrid technology would visualise an engine that is assisted by electrical power as and when ...

Everyone loves a winner. A year after Honda pulled out of Formula 1 to focus on their electrification plans , the carmaker is back with a strengthened partnership with the Red Bull Group. The two Red Bull Group teams, Red Bull Racing and Scuderia AlphaTauri will feature the Honda ...

Life with the Honda NT1100 needn’t be all white, black, and gray.

There will be increased Honda branding on the Red Bull and AlphaTauri Formula 1 cars from this weekend’s Japanese Grand Prix. The move will be part of a series of measures that “cement” and “strengthen” the existing partnership between Honda and the two Red Bull-owned teams. The current Honda ...

‘Another five years’ – Wolff hints at Hamilton’s F1 future Red Bull set to be cleared over ‘minor’ F1 cost cap breach Red Bull and AlphaTauri have confirmed that the Honda logo will return to their cars this weekend in Japan, and will be present for the remainder of ...

According to a Greenpeace ranking of Japanese automakers, Toyota, Honda and Nissan made the bottom of the top ten when it comes to decarbonisation. The statement comes after an analysis of their supply chain and sales records. Pure “zero-emission vehicles made up less than 1% of their sales and ...