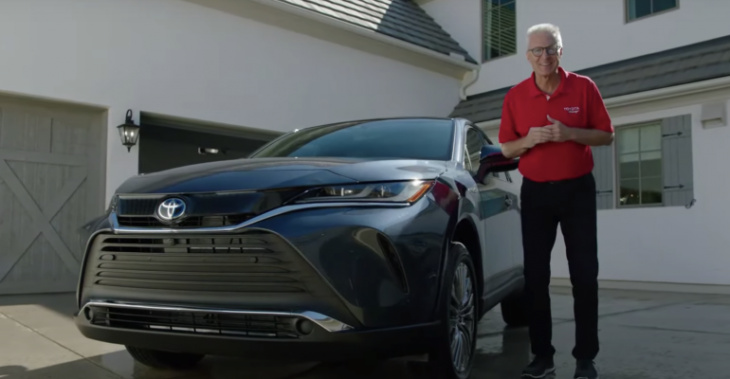 Whether discussing dealers selling cars above sticker price, Toyota’s approach to introducing electric vehicles or his commitment to dealership models, he continually returns to the automaker’s long-term vision during a question-and-answer webinar produced by the Detroit-based Automotive Press Assn.

Arguably the most contentious exchange comes after Hollis comments that only a handful of Toyota dealers list popular models over MSRP. He says they did so due to overt enthusiasm, and all halted the practice after discussions with him.

“Listen, I’m not saying it’s not there. I’m saying it’s rare when you see it happen,” Hollis says. “It’s a fundamental issue of supply and demand. “When you have about a 36-hour supply of vehicles, you’re going to have a lot of pressure on the economic model to change. Our goal is to think long-term. And I tell each dealer, ‘Are you thinking long term?'”

Another long-term issue Toyota is discussing is the adoption of EVs. The automaker is committed to a full battery-electric future but won’t rush to achieve it.

“I would be cautious where we’re going,” he says. “We’ll be ready when the market is ready. The consumer is not calling for the adoption of EVs at the level of the (industry’s) rhetoric. It’s always come down to what the customer is needing.”

Other points made by Hollis:

Automakers such as General Motors and Ford have mostly exited the passenger car market in favor of crossovers and SUVs. Toyota will stay with sedans, and Hollis believes some competitors will return. He notes U.S. automotive emissions only make up about 12% of “the carbon issues” globally. The U.S. can be leaders in that arena.  More time needs to be spent analyzing how big rigs are powered. Hydrogen fuel cells may be the answer for trucks carrying heavy freight. However, due to a lack of infrastructure, hydrogen cannot be a solution for the consumer vehicle market. Although he praises Tesla and other automakers for their commitments to alternative fuels, he doesn’t think Toyota’s slower approach will make the automaker an also-ran. He says much of the EV innovation moves ahead because automakers stress perceived consumer demand. “Well, is that true? Or have (consumers had to be) incentivized to get it? Are they being pushed into something they don’t want?” he asks. “And in my experience in 31 years in this industry, when the government and others start telling consumers what they must have, the consumers start pushing. Are we watching (other automakers)? Of course. But ultimately, we watch the consumer.”

With Toyota struggling to keep up with demand for its manic little GR Yaris hot hatch, the company has announced that the order books have been re-opened for 160 units coming to Australia over the next 12 months. Toyota was forced to put a pause on orders for the GR ...

Source: Toyota Toyota has been known to be slower to the EV party with no BEV (Battery Electric Vehicles) currently available in Australia. The bZ4X, Toyota’s first BEV model, which was launched earlier this year in the US has been allowed to be sold again. That’s after a major ...

Toyota said it would restart production of its first electric vehicle, the BZ4X, on Thursday after fixing potential safety problems that had halted sales of the new battery-powered model for more than three months. Japan’s largest automaker, a laggard in the EV market, recalled 2,700 BZ4Xs globally in June ...

Structural problems with the wheels have been solved, and the all-electric car will go back into production shortly.

Less than 200 civilian-spec Mega Cruisers exist and they're exceptionally hard to find Stateside. This one has a U.S. title and it's been converted to left-hand drive.


View more: Here's Your Chance to Buy an Ultra-Rare Toyota Mega Cruiser in the U.S.