New styling, more power, enhanced towing-assist technology, best-in-class ¾-ton gooseneck towing and the most luxurious interior package ever introduced help sum up what GM has done with its ’24 model year HD pickups. The fresh look of both its Chevrolet Silverado and GMC Sierra HD’s was well-executed by its design team, but the engineering behind its latest 2500 and 3500 series trucks is even more impressive. Thanks to the General’s newly-implemented trailering-assist technologies, never before has it been safer to lug 36,000 pounds behind you. 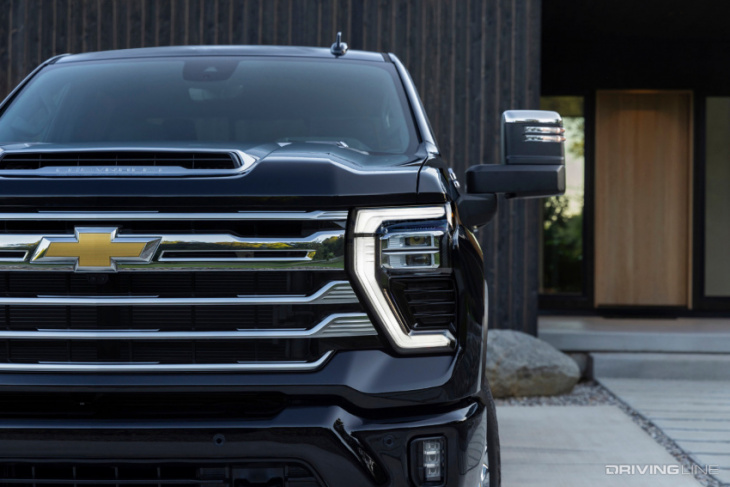 Getting loads moving has never been easier either, thanks to a revamped 6.6L Duramax diesel V-8 that now turns out 470 hp and 975 lb-ft of torque. The 401hp 6.6L L8T has also been powertrain-matched with the 10-speed Allison transmission, which now comes standard behind the gasoline V-8. Interior luxury abounds in the new GMC Sierra HD Denali Ultimate package, which also boasts an exclusive exterior look. As a bonus, the first-ever Silverado HD ZR2 will debut in the ‘24 body style. Look for the latter to drop in the fall of 2023.

For now, have a look at what will be available in the first quarter of next year—an all-new, even more capable HD pickup for the GM faithful to enjoy. 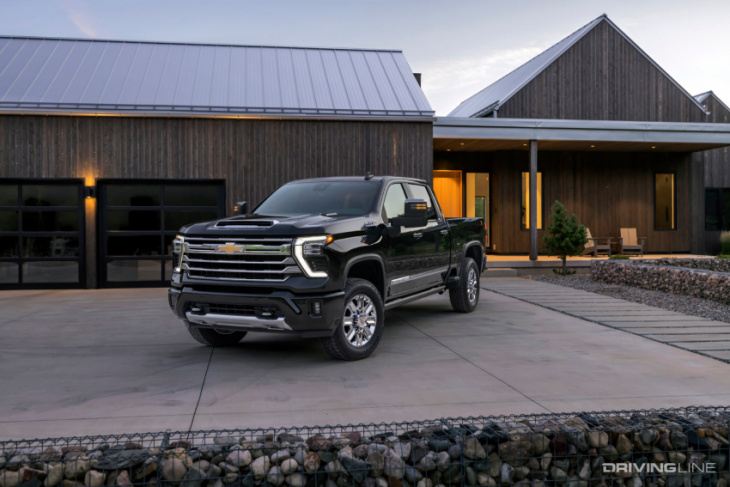 Some Bow Tie fans may need a minute to allow the new look to grow on them, while others have already embraced it wholeheartedly. A fresh front fascia, headlights and grille made their way into the 2024 Chevrolet Silverado HD’s design, along with C-shaped, LED graphic lamps that help to outline the new fascia. The headlights on LTZ, ZR2 and High Country (shown) models feature dual projector technology this time around. Front tow hooks also come standard, along with Chevrolet lettering across the bottom of the hood scoop. 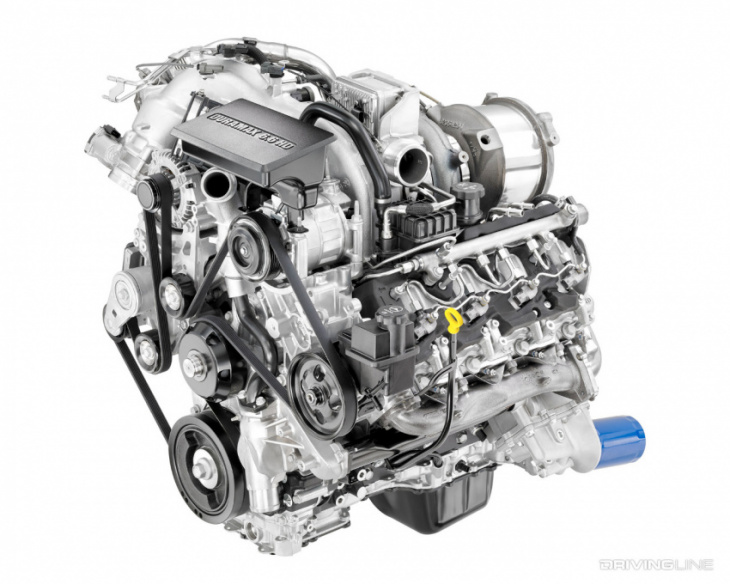 Multiple changes have been made to the 6.6L Duramax diesel V-8 for ’24, including a bump in horsepower and torque. The latest Dmax will produce 470 hp at 2,800 rpm and 975 lb-ft of torque at 1,600 rpm. A new turbocharger, improved engine braking (likely due to the new VGT), fresh cylinder heads with improved water jackets, an all-new combustion system within the heads and next-generation, higher-flow fuel injectors with increased peak injection pressures are all part of the common-rail V-8’s recent enhancements. An all-new ECU is along for the ride as well. 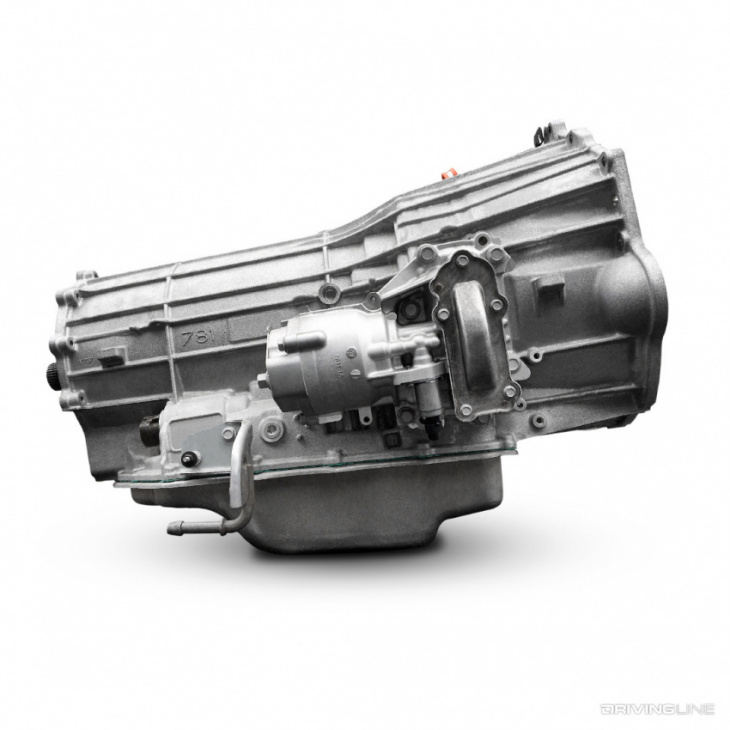 The 10-speed 10L1000—the GM-built automatic transmission that saw heavy oversight from Allison during its development—continues to be offered behind the Duramax. However, it’s now standard in conjunction with the 6.6L gasoline V-8 (L8T), instead of the previous six-speed automatic. According to GM, the smaller steps between gears will help keep the gasoline V-8 closer to its peak power, which will be ideal for towing. The L8T gasser returns with the same power figures for ’24: 401 hp at 5,200 rpm and 464 lb-ft of torque at 4,000 rpm. 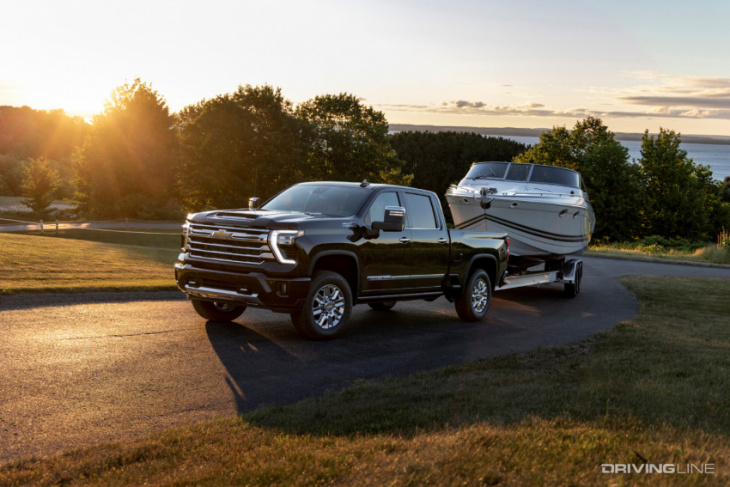 In the ¾-ton category, ’24 model HD’s will rule the roost when it comes to max fifth-wheel and gooseneck towing. A properly spec’d 2500 series truck will be able to tow 22,500 pounds when also equipped with GM’s Max Tow package. Fifth-wheel and gooseneck figures for a dual rear wheel 3500 remains the same 36,000 pound capacity it’s been since 2021. A 20,000-pound conventional towing capacity exists across the board for all diesel-powered ’24 HD’s. As for max payload, a ’24 two-wheel drive, regular cab, gas-powered 3500 HD can haul a whopping 7,290 pounds in the bed. 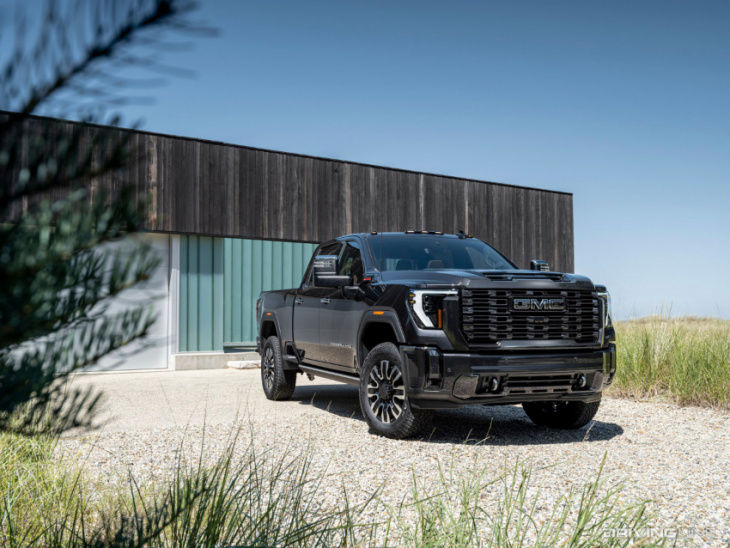 On the GMC side of the fence, a brand-new trim level debuts in 2024. Coined the Sierra HD Denali Ultimate package, it brings an exclusive grille and GMC badging in Vader chrome, along with unique fender badging and 20-inch Ultra-bright wheels with high gloss black accents. Sierra HD Denali Ultimate trim also comes with GM’s six-way, MultiPro tailgate and power-assist steps as standard equipment

Top Of The Food Chain 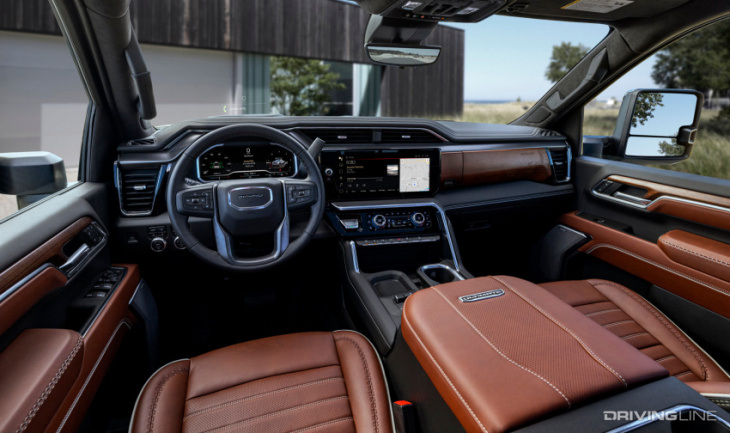 GMC is marketing the Sierra HD Denali Ultimate as the most advanced and luxurious pickup in its class, and with a view like this it’s hard to argue with them. The new, upscale trim features full-grain leather front and rear seats with Denali Ultimate badging on the front seatbacks and center console lid, 16-way power-adjustable front seats with massaging function, full-grain, leather wrapped door panels with etched stainless steel speaker grilles and premium, microsuede headliner, visors and pillar trim. A rear camera mirror is standard on Sierra HD Denali Ultimate, as well as GM’s new 15-inch multicolor head-up display. 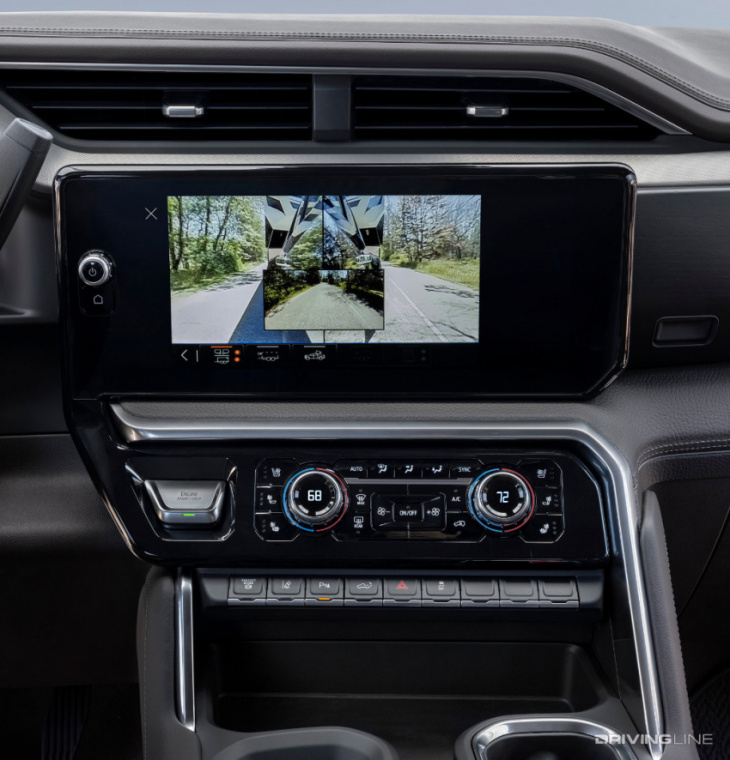 Adaptive cruise control has been around for years, but in ’24 GM is adapting this driver-assist technology to cover you when you’re towing a trailer. The automaker’s adaptive cruise control with trailer accounts for the kind of additional drag and braking distances required to keep you safe with a heavy load behind you. On top of that, and boasting an industry-first, GM has expanded its transparent trailer feature to cover gooseneck and fifth-wheel trailers. The transparent trailer function relies on the camera mounted at the rear of the truck (as well as an accessory camera on the back of the trailer) to piece together a view of the area behind the truck and trailer as if the trailer wasn’t there. 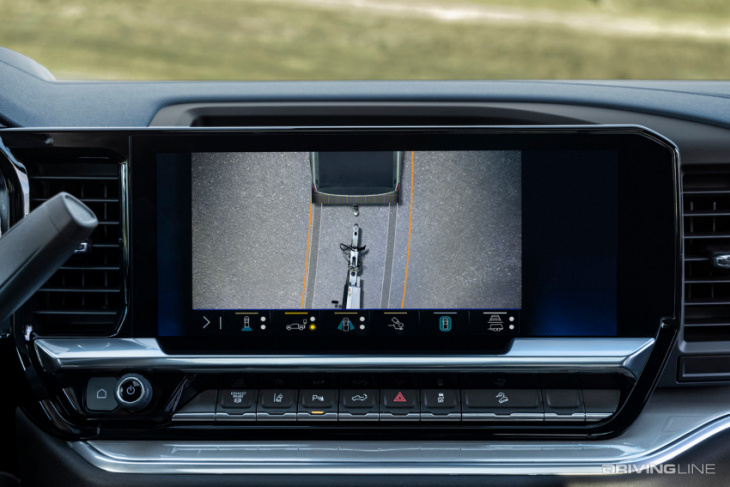 Hooking up to a trailer has never been easier thanks to GM’s hitch guidance towing feature, shown here on a 2024 Chevrolet Silverado HD’s 13.4-inch infotainment screen. With a close-up view of the receiver hitch, it’s virtually impossible to misalign the truck with the trailer while hitching up. And as an added safety measure while towing, GM has extended is blind zone alerts to include the blind zone areas around the trailer. Coined trailer side blind zone alert, it’s the kind of driver-assist technology that will make everyone on the road safer.