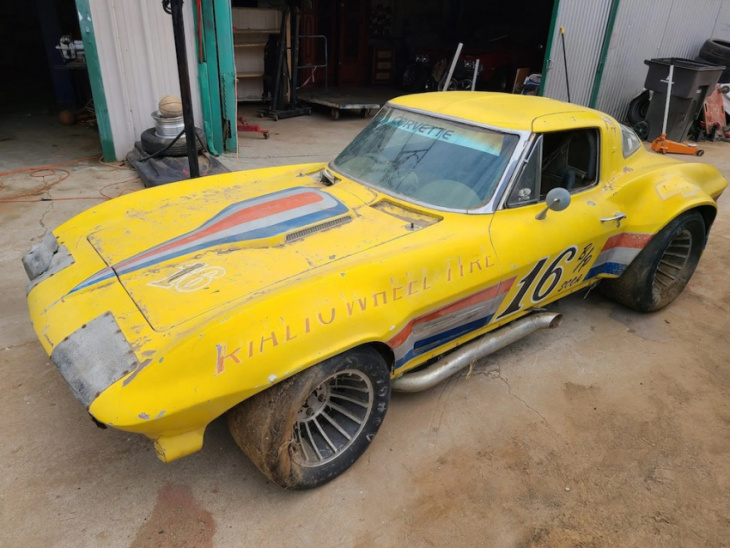 This 1963 Corvette SCCA racer was converted for track duty back in 1968 and left outside starting in 1978.

Today, few cars in history are as coveted and universally beloved as the 1963 Corvette coupe, or the “split-window,” as it’s otherwise known. Few would dare chop up one of these cars today, but at the same time, we certainly weren’t afraid to do that when they were new. Case in point – this amazing 1963 Corvette SCCA racer, which was recently discovered sitting in long-term storage and rescued. Now, it’s up for grabs at Bring a Trailer, giving someone the chance to bring home a true piece of Corvette racing history.

This particular 1963 Corvette SCCA racer is the real deal, having been converted for track duty back in 1968 before it did battle with other machines in that particular racing series through 1978. After that, it sat outside in the elements for decades, at least until the seller acquired it last year and saved it from a slow, rotting death. 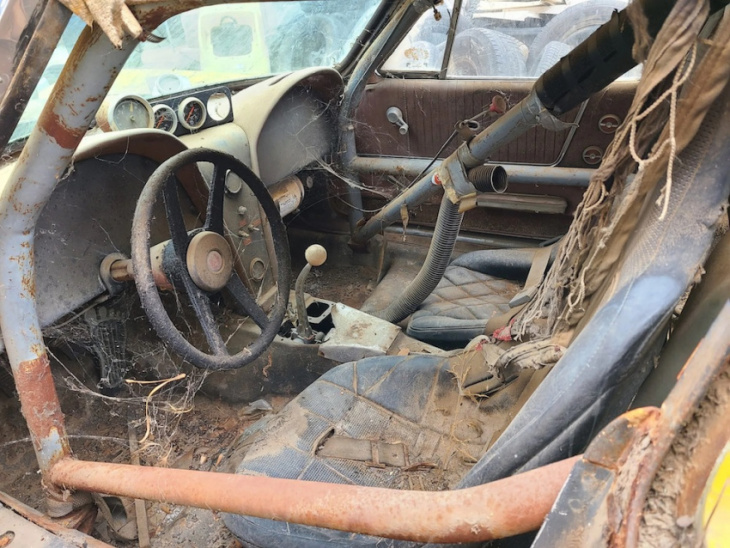 What’s particularly cool about this C2 racer is the fact that it remains in pretty nice yet worn condition given the effects of Mother Nature, but that only adds to its appeal in our opinion. The exterior is nicely faded, still sporting its Rialto Wheel & Tire livery that consists of a yellow base with red, silver, and blue stripes, as well as the number 16. The body has been heavily modified with wider fenders, a big block-style hood, covered headlights, and dual side exhaust, to name just a few changes. 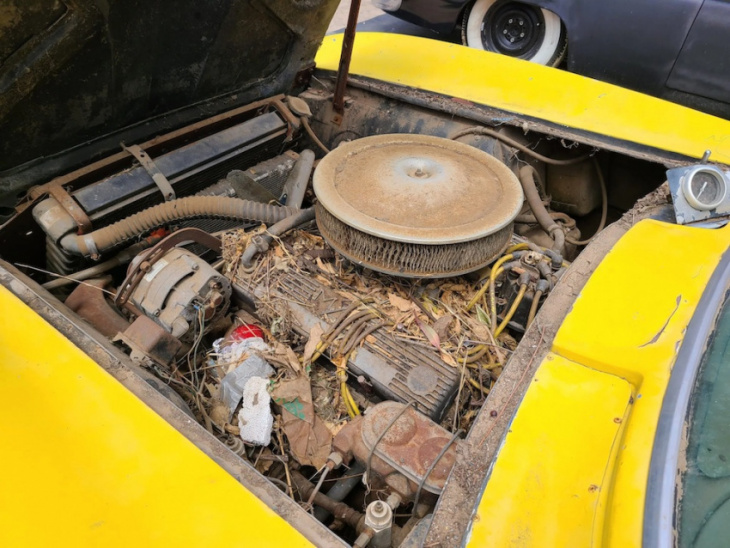 Rolling on 15-inch Fenton Fanjet-style wheels wrapped with Firestone Super Sports Indy slick tires, the old Corvette certainly looks the part. That theme continues inside the cabin, which has been stripped of every unnecessary bit and piece to reduce weight. There are two racing buckets, at least, so you can take a friend to the track, along with a roll cage and not much else, save for a ton of dust. 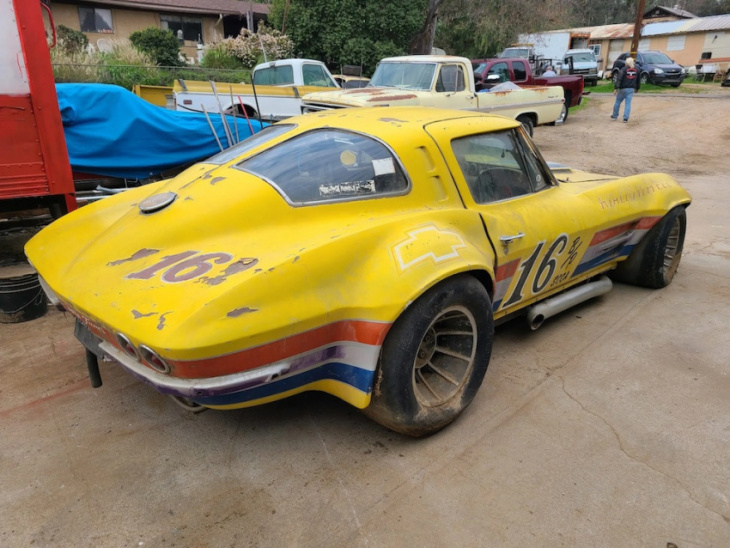 This particular C2 is powered by a small block V8 fitted with an aluminum intake manifold, a four-barrel carburetor, and tubular exhaust headers, which is mated to a four-speed manual gearbox. It reportedly runs, which is impressive, but there’s obviously a lot of work to be done to get this old Corvette racer in track shape. However, it’s also a pretty cool piece as-is, so we’re excited to see what the new owner will – or won’t – do to it. 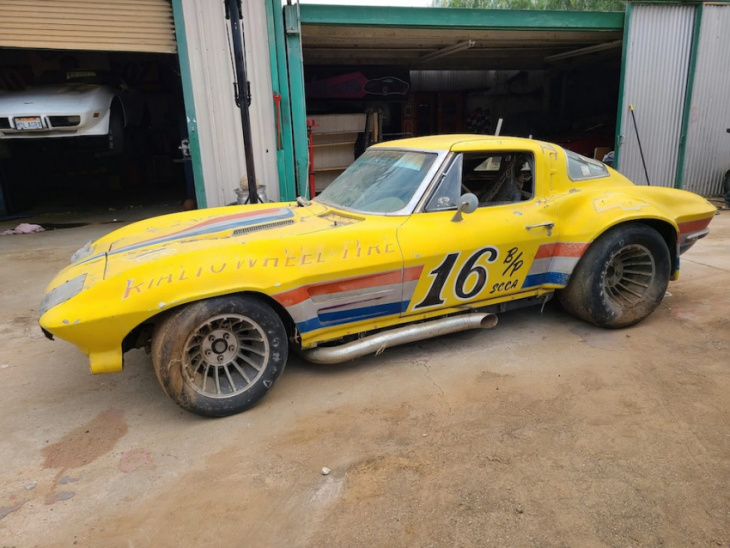 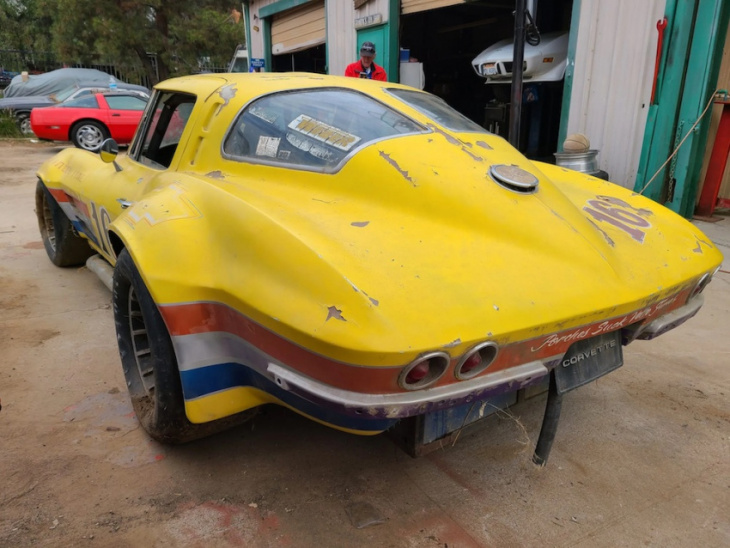 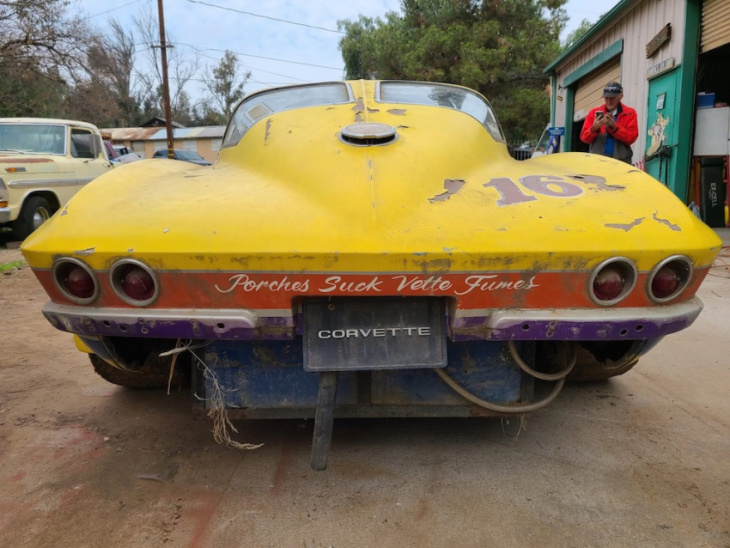 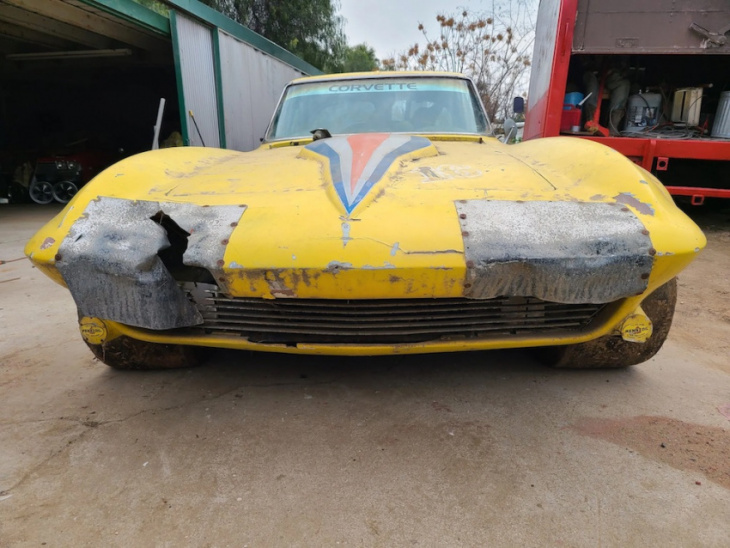 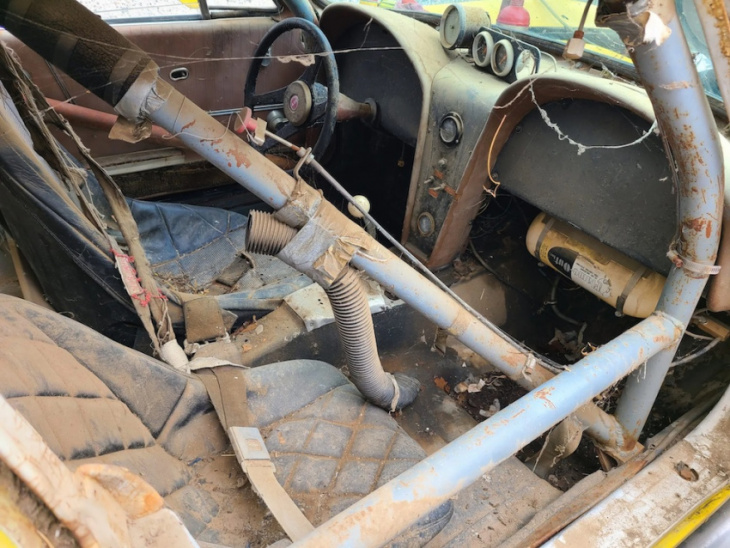