We get it, the Audi RS Q e-tron ET Rally Car is a lot to say. It’s also a lot to take in, since it’s an electric rally race car that can jump and bound over sand dunes, or carve dirt corners in rally courses. But if you listen to Audi, racing cars like the RS Q is improving the whole breed, and that technology should come to the cars or SUVs that you and I drive in the next few years like the new Q4 etron. Audi has done it before, with its quattro system in the 1980s. 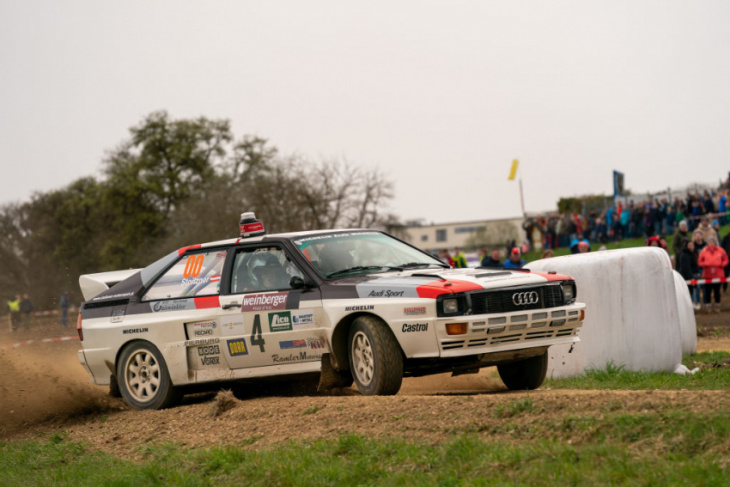 In the 1980s Audi wanted to spank the competition in off-road rally racing, but it only made two-wheel drive cars at the time. Because, traditionally, Audi’s engines were mounted in a different way than other cars’, so it had to come up with a clever solution. That clever solution turned out to be Quattro, now stylized as quattro, all-wheel drive. With the new system, based on a planetary gear set in the middle of the car, Audi dominated rally racing for years.

We don’t have to tell you that quattro is one of the hallmarks of Audi’s SUVs (and performance cars). The system can split the engine’s power smoothly, with no lag, from front to rear and help a Q5, Q3 or any other Audi SUV take on rough weather and rough trails with ease. Audi used what it learned racing in Group B to improve the SUVs we buy today.

What is Audi learning from the E2? 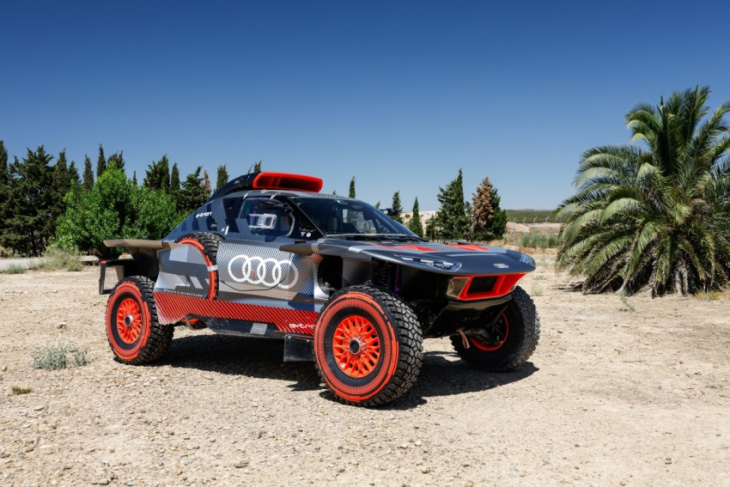 The Audi RS Q e-tron E2 Rally Car name is confusing, to be sure, but it’s winning races. The E2 uses an internal combustion engine and a generator, with batteries, to power two electric motors. There’s one for the front wheels and one for the rear.

Not all has gone smoothly, Audi admits, but the company is fine-tuning its all-wheel drive software to make the E2 run smoothly and not use extra juice when, for example, jumping. The air conditioning in the E2, too, has been tuned. It was so powerful, it was freezing itself. While these don’t sound like major improvements, Audi is making a big deal of these lessons and, like quattro, will likely apply them to the next generation of Q4 e-tron, Q3 or Q5 SUVs.

Could that racing tech come to your next Q4 e-tron SUV? 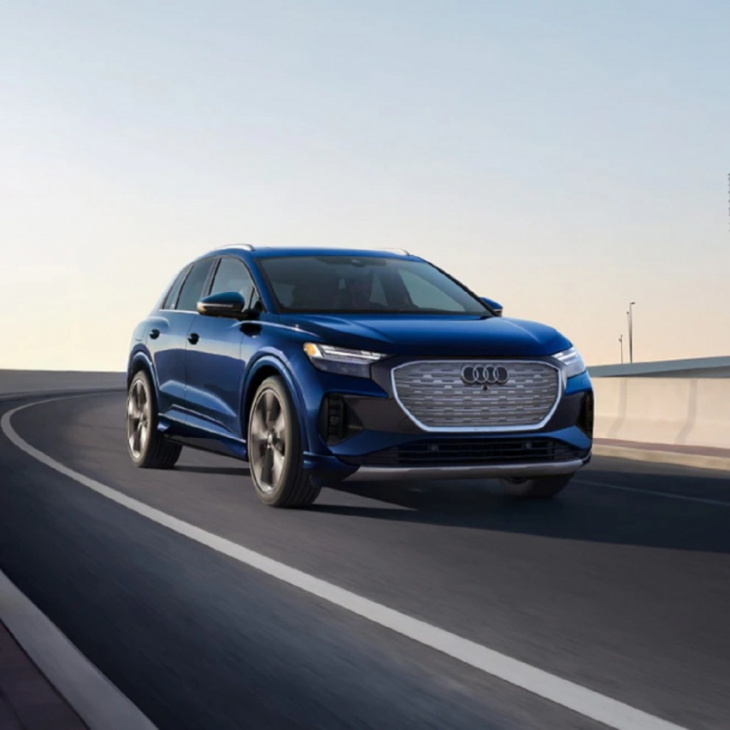 You may not know the Audi Q4 e-tron SUV yet, they’re still rare. The Audi Q4 e-tron SUV is about the size of the Q5, however, it’s electric. Audi is promising that 30% of its fleet will be electrified by 2025, like the RS race car. That means Audi will have to learn as much as it can about range, all-wheel drive, and even air conditioning from its race cars to make sure that its upcoming street cars stay competitive, too