Trying to choose a Toyota hybrid SUV can leave your head spinning. Is there a non-hybrid Venza? What is a Rav4 Prime? Is the Highlander bigger than the Sequoia? Have no fear; MotorBiscuit is here to save the day! This is a no-nonsense guide to the four hybrid SUVs currently offered by Toyota. 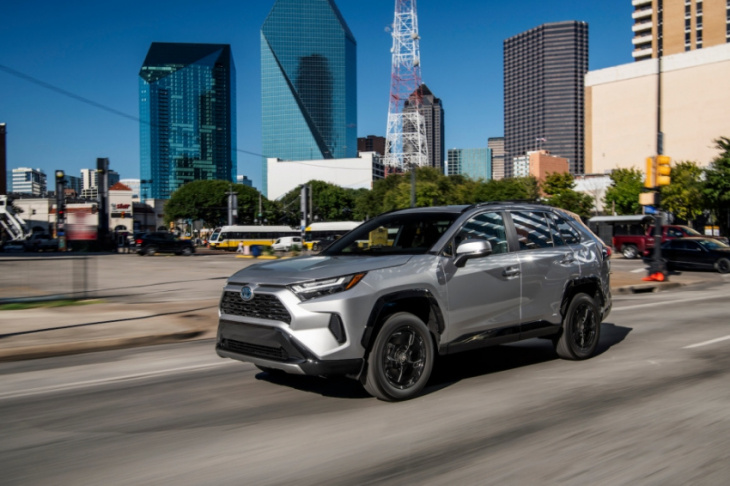 With just 98.9 cubic feet of interior volume, the Toyota RAV4 is technically the smallest hybrid SUV on this list. Toyota has been offering this historic nameplate since 1996. The automaker has built the latest, fifth-generation of this crossover SUV with a range of motors and transmissions. The RAV4 hybrid launched in 2019 and comes with AWD standard. The RAV4 Prime is a plug in hybrid version that adds about $10k to the SUV’s MSRP. While Toyota used to offer a third row of seating in the Rav4, it now reserves this option for the Highlander. If you want an even smaller option, consider the new hybrid Corolla Cross. 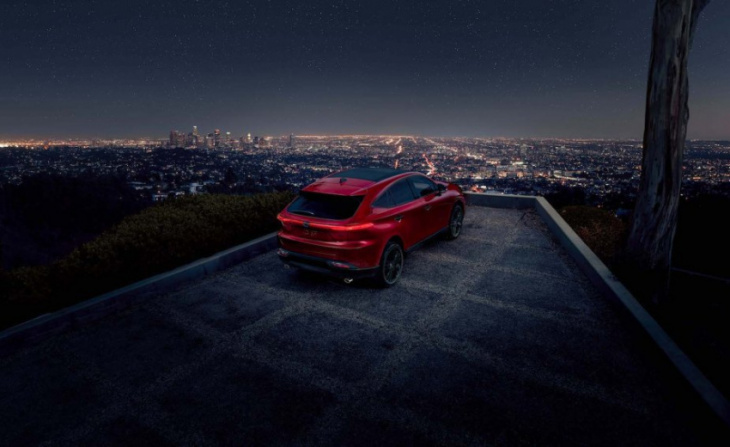 The Toyota Venza is a mid-size crossover hybrid SUV with 127.1 cubic feet of interior volume. Toyota only sells the current, second-generation Venza as an AWD with a hybrid powertrain. Toyota advertises it as one of its quicker SUVs. The Venza has a 2.5-liter I4 engine and 118 horsepower electric engine for 219 horsepower total. 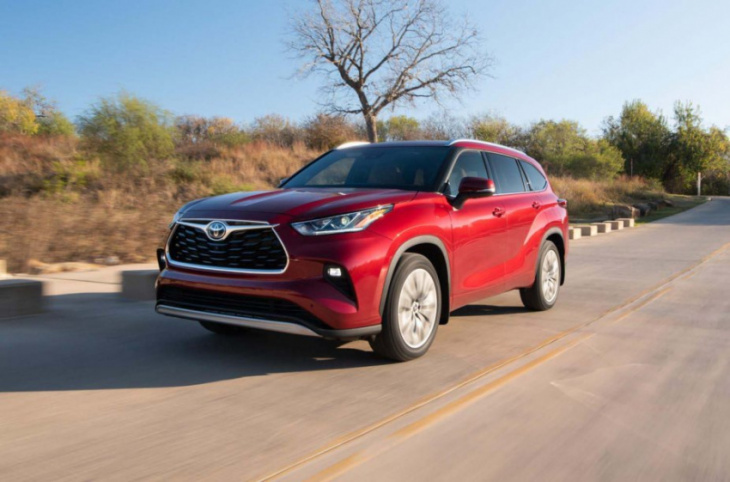 The Toyota Highlander is a crossover SUV offering three rows of seating that shares a unibody chassis with the RAV4 and Venza and offers a hybrid drivetrain. If you order a higher trim level you can upgrade the second row of seats to two separate “captain’s chairs” but this drops the number of seatbelts to just seven. The hybrid option includes a 2.5-liter I4 gasoline engine and an electric motor for 240 combined horsepower. 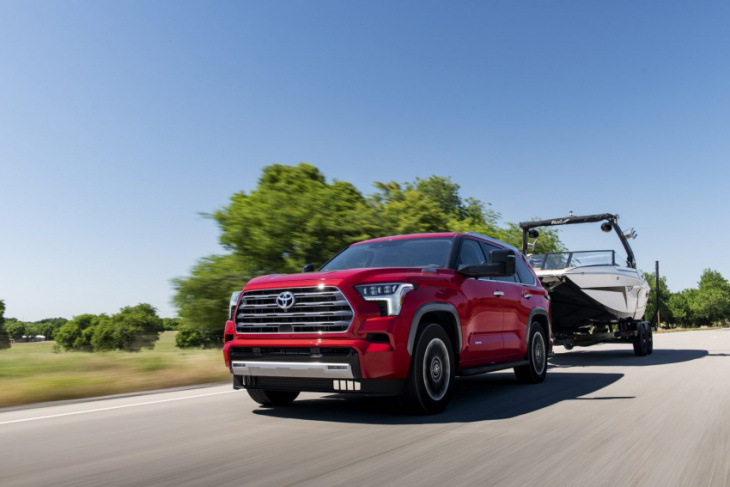 How is the Sequoia different than the Highlander? The Highlander is a unibody “crossover” SUV featuring an extended version of the chassis Toyota uses for cars and the RAV4. The 2023 Toyota Sequoia, on the other hand, shares a ladder frame and drivetrain with the Toyota Tundra pickup truck. This makes it a full-size, full-frame SUV, the same class as the Ford Expedition and Chevy Suburban.

Just like the Highlander, you can order a third-row Sequoia with eight seats, or with second-row captain’s chairs and just seven total seats. But while the Highlander weighs in under 4,500 pounds, the Sequoia can weigh more than 6,000 pounds. It’s unsurprising that Toyota has engineered the Sequoia SUV’s i-FORCE MAX hybrid drivetrain with a 3.4-liter twin-turbocharged V6 for 437 horsepower total. This engine helps the Sequoia achieve a 9,520-pound towing capacity.