Here's our picks from the next Webb's classic car auction

New Zealand auction house, Webb’s, will hold its final Collector’s cars, motorcycles and automobilia auction for 2022 on the 27th of November at the Due Drop Events Centre (formerly the Vodafone Events Centre) in Manukau, Auckland.

As usual, there is a rather tasty array of classic machines on offer, so we have picked out five of our favourites from the catalogue, which you can see online in full by clicking here. Or you can read on an see our five picks – plus a bonus combo. 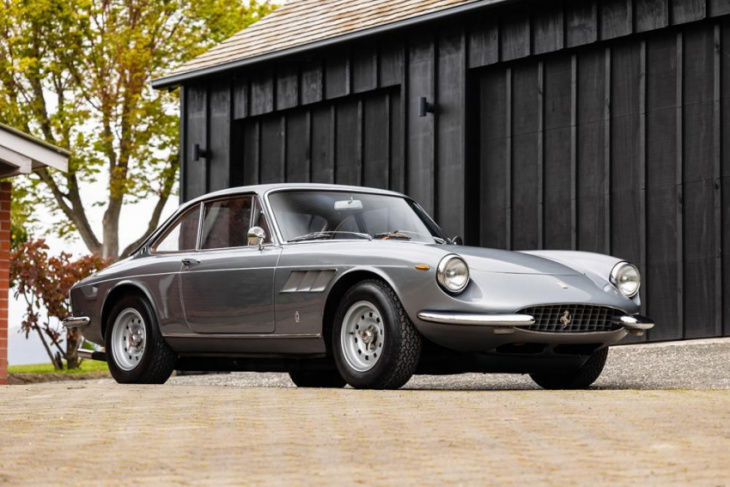 The utterly gorgeous Ferrari 330 GTC was released in 1966 and was an amalgamation of Ferrari’s best aspects of the time, including the previous 275 GTB chassis and the 3967cc V12 engine from 330 GT 2+2.

After four years with its original owner in New York, the 330 GTC then went to Canada for 25 years before being passed to its third owner for a further 18 years.

The 330’s current owner purchased it in New York in 2018 and treated it to a complete bare-metal restoration.

Which, if it sells for that, is something of a bargain – internationally 330 GTCs are often offered well into seven-figure territory. 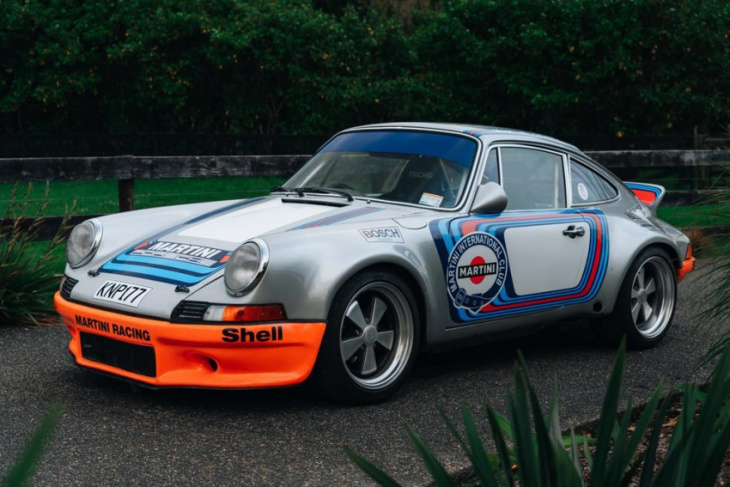 While a 1990 Porsche 911 is a thoroughly awesome thing, we could understand you questioning why it might be one of our picks from the auction. After all, a 1990 911 is far from rare.

But this particular 911 is rather interesting indeed…

Starting life as a 964 Carrera 2 manual when it was sold new in the UK, the current owner bought the car at auction in 2016 and gave it a complete identity overhaul, converting it to a “1973 Evocation.”

All the work to adapt the vehicle was undertaken in the UK with marque experts such as Pro-9 and Autofarm who performed much of the work between 2011 and 2012 at a cost of $135,000. Extensively lightened thanks to the use of carbon fibre body panels, GRP bumpers and perspex windows, the 964 now tips the scale at just under 1100kg, while equally extensive engine work has it pumping out more than 220kW.

Top all that with a fantastic Martini livery from the 1973 2.8 RSR factory cars that were entered into the Daytona 24-hour race of that year and you have something very special, hence its estimated value of $270,000 to $300,000. 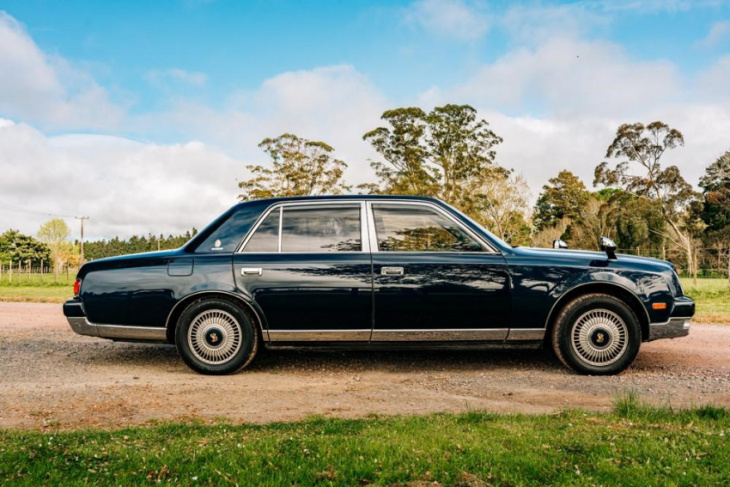 In an auction where there are several Rolls-Royces on offer, going from $15,000 up to $160,000, why would you consider a high-mileage Toyota?

Because the magnificent Toyota Century was pretty much the Japanese Rolls-Royce, that’s why. Just far more subtle.

Named ‘Century’ because it was launched in 1967, exactly 100 years after the birth of Toyota’s founder Sakichi Toyoda, each car was essentially hand-built, not by Toyota, but by Kano Auto Works at a separate plant.

Originally launching with a V8, the second generation G50 was upgraded to a 206kW/460Nm 5.0-litre V12 when it launched in 1997, making the Century the first – and only – V12-powered front-engine, rear-wheel-drive Japanese production car.

This particular example arrived in New Zealand from Japan in 2008 and has a whopping 386,000km on the clock, which is surely a testament to Toyota’s build quality and longevity. It also means it is an absolute bargain, with an estimate sale price of just $10,000 to $15,000. 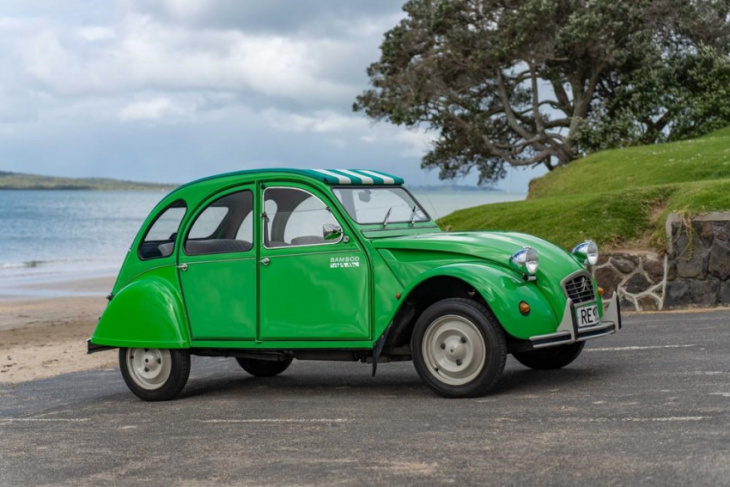 The 2CV is an absolute iron-clad classic, being one of the most iconic cars of all time, alongside the likes of the original Mini and VW Beetle, so of course this was going to be one of our picks!

This particular 2CV was sold new in the UK in 1987 and moved to New Zealand with its original owner in 1992. Its current owner bought it in 1997 and has owned it ever since, treating it to a complete restoration in 2007 and a new chassis (a common thing in 2CVs) in 2018.

The Bamboo was a 1987 limited edition United Kingdom only model, which can be distinguished by its unique ‘Vert Bambou’ colour scheme and chrome headlight bowls. This car is the only example of a Bamboo registered in New Zealand, with only 98 remaining on UK roads. 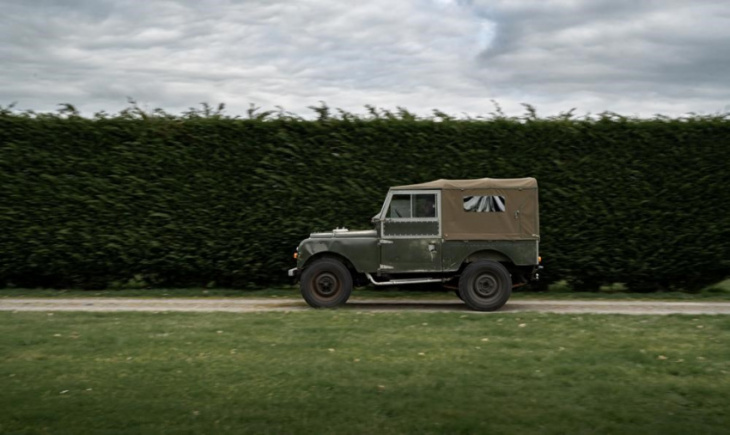 This one is a true original – sold new by T G Steele, the Land Rover dealer in Fielding, in April 1958, this Series I spent the next 64 years in the same area with just two owners in total. The first owner was a Mrs Callum, who used it to drive into town to collect the groceries and for work on her sheep farm. When, after 25 years, she upgraded to a Series III in 1983, the local Land Rover dealer decided to keep it. Apparently Mrs Callum would come and visit it regularly over the years until she was no longer able to drive.

The Series I still features its original paint, as well as its original chassis, diffs and carburetor. The tyres were replaced in 1983 and later an alloy fuel tank replaced the original steel one. A new canvas top was added and the seats were re-upholstered about 30 years ago.

Sadly, the original paperwork was lost some years ago, but the current owner has always kept it in a shed and it has not been near the ocean since it arrived at the port in the 1950s. Any long-distance travel was always done by transporter or trailer, hence the low mileage of just 30,000 miles (48,000km). 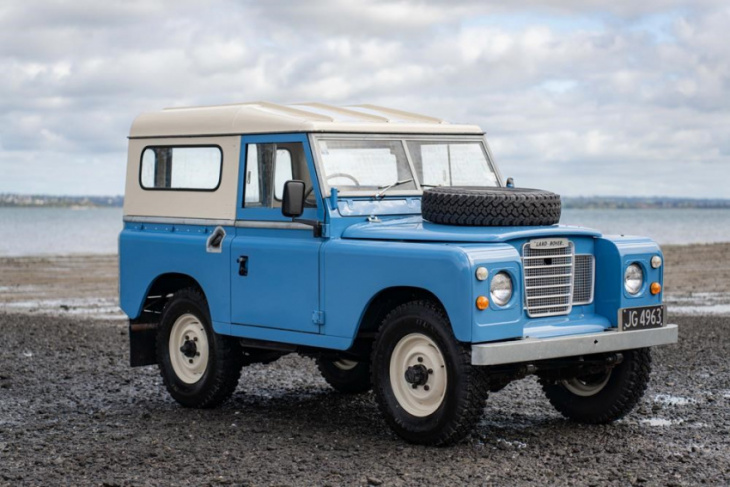 Bonus picks: a number plate and another Land Rover

These ones just HAVE to be bought as a pair – the personalised number plate ‘OO7’ and a 1979 land Rover Series III. Why, you ask?

You should buy the number plate to stop it going on an Aston Martin because that is horribly cliched and, quite frankly, speaking as a Bond-nerd, the number of Bond-related personalised plates on Aston Martin models that Bond HAS NEVER ACTUALLY DRIVEN infuriates me…

But why the Series III? Because it is the perfect vehicle to put that number plate on. Originally a barn-find, the Series III was fully restored by its current owner to be a replica of the one driven by Daniel Craig in the most recent James Bond film, No Time To Die.

Keyword: Here's our picks from the next Webb's classic car auction