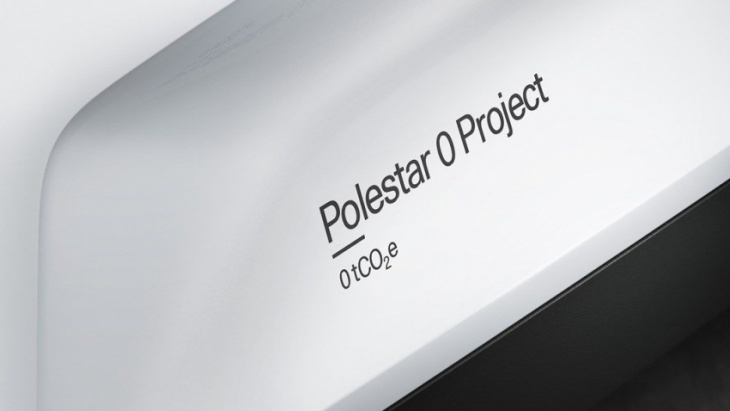 Polestar is a company that doesn’t rest on the laurels of the automotive industry. Electrification is the way forward, the Swedish company says, and sustainability doesn’t stop there. As the company moves toward its goal of creating a carbon-neutral car, a project known as Polestar 0, the details are starting to fill in. This project will take several years, and Polestar seems to be taking it deadly serious.
The company has already announced 12 new partners in its carbon-neutral construction journey. Fossil-free steel mills, paper-based fiber composite manufacturers, and even a carbon neutrality research consortium have all signed on to help build an environmentally friendly vehicle. Finding the right materials is half the journey to creating a proper car, but it doesn’t close the loop entirely. Polestar will still be responsible for manufacturing the car in a way that offsets its environmental byproducts, a challenge that still hinders legacy manufacturers. 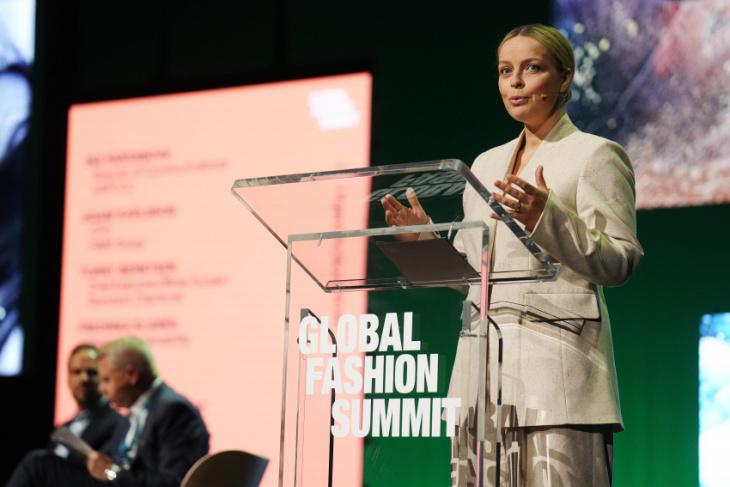 Fredrika Klarén is Polestar’s head of sustainability, with historic ties to IKEA and fashion management.

In a turn of auto-manufacturer transparency, Polestar admits it will struggle with this process as well. But this doesn’t mean the company is discouraged, according to Fredrika Klarén, Polestar’s head of sustainability. Addressing a group of editors in New York City during Climate Week, Klarén detailed Polestar’s future and addressed the million-dollar question of how this car will come to be.
Starting with the chassis, 97% recycled steel and zero-carbon aluminum will make up part of the frame construction in true Swedish fashion. This environmentally friendly raw material sourcing is joined by lithium-ion battery recycling, a necessity for the future of EV production. The company says it will fall in line with the European Union’s battery recycling regulations, which are currently under review. While a number of policies are on the table, the likely outcomes include mandatory second-life readiness of newly introduced batteries and specified material recovery rates of up to 70% for lithium-ion batteries and up to 95% for the metals included. Klarén even hinted at reducing battery capacity in an effort to reduce weight and and the amount of development byproducts. 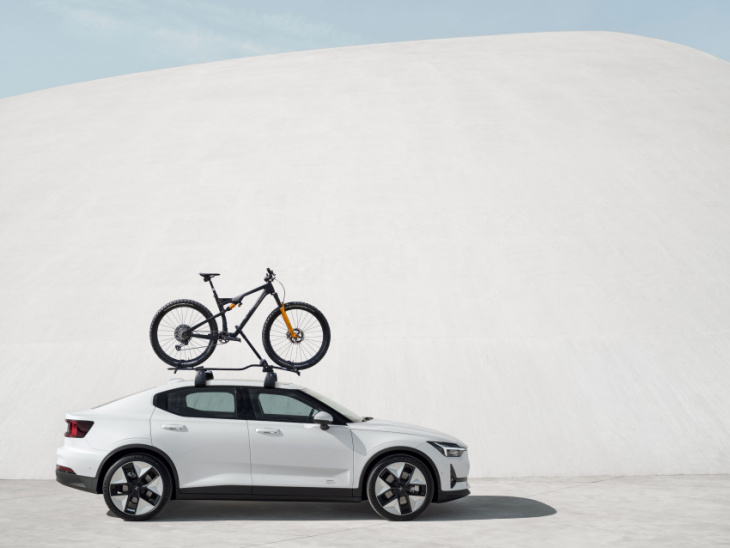 Polestar even teams up with bike manufacturers like Allebike to promote general mobility.

Altering the visuals of a car and pawning it off as an all-new model is a tried and true marketing methodology in the auto industry, a ploy Polestar says it will do away with entirely. Year-to-year changes will only be done if the enhancements demonstrably change the function of the car and are more sustainable than the previous model. For example, the 2023 Polestar 2 has dropped 1.3 tonnes from its original cradle-to-gate carbon emissions footprint of 26.2 tonnes thanks to re-sourced aluminum battery trays. Visually, the cars may look similar from year to year, though constructive changes will lurk underneath.
Klarén says the debate rages on inside the car as well, with a deep conversation surrounding upholstered materials versus leather splitting the design team. She isn’t saying Polestar definitively will stop using leather, but that the design team is considering the material’s environmental implications. Well-kept leather can easily outlast a traditional textile, and the use of leather is part of a separate environmental loop. Klarén also says proprietary synthetic materials can mimic the qualities of leather without the same environmental impacts. Other potential materials include a 3D knit made from recycled plastic bottles or even a lower-grade, eco-upholstery that can be replaced with each service cycle. 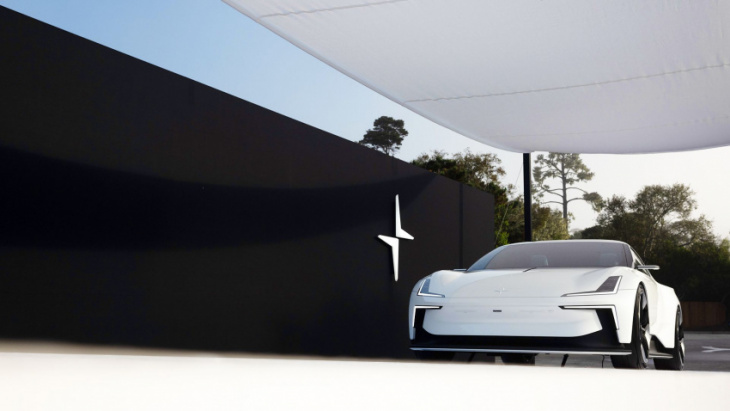 Polestar aims to release an EV roadster, known as the Polestar 6, by 2026.

Polestar’s vehicles are relatively expensive, but the products are also a luxury endeavor. The company wants to maintain this ethos, Klarén explained, but not at environmental cost. Traditional markers of luxury, such as woodgrain panels, won’t be featured in Polestar models as the brand leans toward futuristic design and carbon neutrality.
Antithetical to the traditional automotive sales model, Klarén claims Polestar will encourage owners to hang onto their vehicles. While this will aid in reducing demand for new vehicles, the loss in profitability from consistent sales could be made up in the service intervals required to keep a BEV on the road long-term. At least that’s what Polestar seems to be banking on.

As the automaker moves ahead with the Polestar 0, the developments coming out of Gothenburg could set the stage for the industry as a whole. As a fledgling company with grandiose climate goals and a relatively small unit output, the company sits on the edge of radicalism as compared to its competitors. The larger legacy manufacturers are simply not positioned to take the same stance as Polestar with such ambitious carbon-neutral goals. Even so, the targets and messages Polestar put forward will be disruptive, if they can truly be carried out.

Keyword: Here's How Polestar Will Build a Carbon-Neutral Car by 2030

Supplied Two EV novices set out to cross the Nullarbor, first arriving at Caiguna where the Biofil charger hits a snag and has to switch to diesel (which is still greener than driving a diesel vehicle as Biofil creator and engineer Jon Edwards has previously demonstrated. They arrive at ...

With more models on the way, the EV brand looks to expand in a short period of time.


View more: Polestar Doubles Revenue in First Half of 2022

Polestar has published its financial results for the first six months of 2022, reporting strong growth for both its retail sales and revenue figures, the latter of which have jumped by 95 per cent over the same point last year. All up, Polestar has managed to deliver 21,185 vehicles to ...

Source: Autocar/Twitter A Polestar 2 prototype with a covered grille and wheels has been spotted in the European Alps, bringing attention to changes that are on the drawing board for the next iteration of the electric fastback. The brand has made a splash on the global market in 2022, ...

Polestar 2. Photo: Giles Parkinson. Swedish electric automaker Polestar says it is still confident of reaching its target of 50,000 electric car sales for 2022, anticipating a big boost in the last quarter after it officially launches its Polestar 3 in early October. Polestar late last week revealed that ...

Polestar O2 Concept Will Go Into Production as Polestar 6