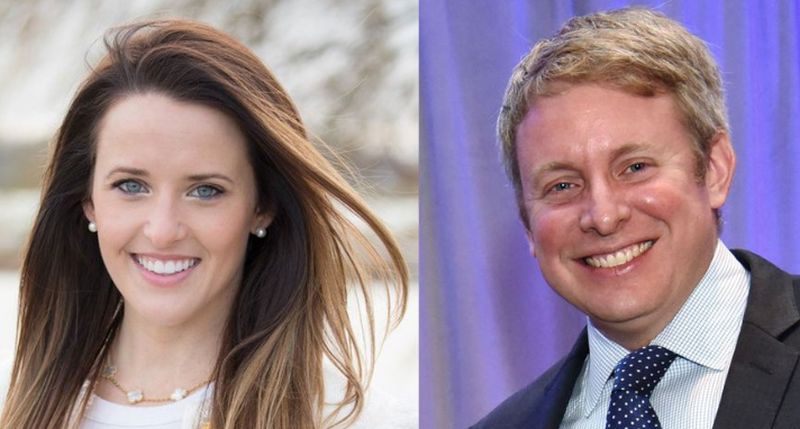 Ford English and Ford III are still years away, if ever, from assuming the uppermost leadership roles.

It’s not the founder, of course, and it’s not a recording of him either. It’s Henry Ford III, the patriarch’s great-great grandson, who at age 39 has been thrust into the crucial role of liaison between the faltering automaker and its anxious investors.

The III’s ascent – along with that of his cousin, the 32-year-old Alexandra Ford English, just named to the board of electric-truck maker Rivian Automotive Inc. – marks a coming of age for the fifth generation of the Ford dynasty.

For all but 20 of its almost 117 years of existence, Ford has been led by a family member. And while critics lay much of the blame for the company’s current struggles on the Fords, the family sees Henry and Alexandra as their best hope of maintaining control for years to come.

“They’ve moving above the radar line now,” Jeffrey Sonnenfeld, associate dean at the Yale School of Management, said of the automotive heirs.

“This is what they were destined for when they entered the company. When we look at their dads, they’re on the same trajectory, with at least one, if not both, ending up on the board.”

The changes come as the company endures another existential crisis, with losses mounting and North American factories idle in the face of coronavirus shutdowns.

But after Ford shareholders gathered for their virtual annual meeting Thursday, the founding family remains firmly in control, aided by a special class of stock that gives them 40% voting power.

The arrangement once again came under scrutiny at the annual meeting. A shareholder proposal to strip the family of its special class of stock and go to a one-share, one-vote arrangement garnered 35% support, up from 34% last year.

Some investors have long complained that super-power voting weighs down the value of publicly traded companies, while giving founding families sometimes unwarranted control.

“That’s why we don’t have kings and queens anymore – it’s a roll of the genetic dice,” said Nell Minow, vice chair with ValueEdge Advisors, a shareholder advocacy firm.

“We’ve seen in companies like Motorola and Anheuser Busch that it hasn’t worked out to continue to pass the baton from generation to generation.”

Since Bill Ford became chairman in 1999, the automaker’s shares are down 91%, while the S&P 500 index is up 129%. Unlike General Motors and Chrysler, however, Ford avoided bankruptcy in 2009.

Bill Ford expressed disappointment on Thursday in the stock performance but confidence that the shares will rise as the company executes its turnaround efforts, which include new models such as the electric Mustang Mach-E and the revived Bronco sport-utility vehicle.

“We feel very good about our plan,” Ford said. “Management’s compensation is heavily tied to our stock, so it’s in everyone’s interest to get our stock price back up.”

And for all their problems, the Fords have earned a reputation for not meddling in the corporate decision-making process.

“The Fords, in general, have a pretty good history of letting the executives run the company,” said Rob Du Boff, environmental, social and corporate governance analyst for Bloomberg Intelligence.

Henry Ford III and Ford English are likely years away, if ever, from assuming the uppermost leadership roles.

Jim Farley, promoted March 1 to chief operating officer, is the clear heir apparent to current CEO Jim Hackett. But each is now moving through a variety of jobs at the company.

Henry, known as “Sonny” among friends and family, was director of corporate strategy before taking the investor relations job. He is the son of Edsel Ford II, a board member and now a company consultant.

Ford English, the daughter of Bill Ford, assumed a corporate strategy position similar to the one previously held by her cousin, while also being named to the board of Rivian Automotive, the electric-truck maker in which Ford has taken a significant ownership stake.

Each declined an interview request through a Ford spokesman.

Their seasoning is similar to what their fathers received while rising in the ranks in the 1980s and ’90s.

Bill and Edsel Ford landed on the company’s board of directors in 1988 while still in their 30s and agitated successfully for more prominent roles as directors. Edsel eventually rose to president of Ford’s highly profitable credit unit before retiring in 1998, and Bill became company chairman in January 1999 and served as CEO from 2001 to 2006.

For Henry and Ford English, working in the family business may not have been pre-ordained, but close to it. After graduating from Dartmouth in 2002 with a degree in history, Ford III taught middle and high school math and history.

Then in 2006, at the age of 25, he joined Ford in labour relations. He helped to negotiate a contract with the United Auto Workers, similar to Bill Ford’s first job at the company in 1979.

“In the back of my mind, I knew I always wanted to work for Ford,” Henry Ford III told Automotive News in 2014.

“Our family’s legacy and heritage are very important to me and I knew it was something I wanted to carry on.”

“Investor relations is the best place that you can put somebody that you’re trying to groom for leadership because they are going to be dealing with complaints all the time,” Minow said. “It will give him a real reality check.”

Unlike some children of famous people, he has no qualms about using his name in business, recalled Los Angeles Ford dealer Beau Boeckmann. Ford III worked at his store selling cars during the summer of 2009 while getting an MBA from the Massachusetts Institute of Technology.

“When he walked through the door, he said I want to be called Henry Ford and have it on my name tag,” Boeckmann said. “Customers would say, ‘Wait a minute, your name’s Henry Ford, are you any relation?’ And he’d laugh and say, ‘Yeah, I’m Henry Ford III.’”

Ford English also tried out another industry after she earned a bachelor’s in human biology, physiology and neuroscience at Stanford and an MBA at Harvard. She worked in retailing in the merchandising divisions of Tory Burch in New York and Gap Inc. in San Francisco.

Her first job at Ford, in 2017 at the age of 29, was in a department helping to find new mobility solutions for crowded cities, and then she moved on to Ford’s self-driving vehicle unit.

“I was originally hesitant to join Ford because I don’t have a technical background and it’s a company built upon engineering,” Ford English said in a 2018 company-sponsored video. “But I knew what I could bring to the company and I was very aware of those skills.”

Joining the company and rising to the top are two different things, of course. Henry Ford II, the outsize and colorful leader of the company for 35 years until his 1981 retirement, once famously declared “there are no crown princes at Ford.”

The latest Henry has said he works hard not to appear “to have any sense of entitlement.” That may be what drove him to turn down an invitation to a Fourth of July party from dealer Boeckmann back in the summer of 2009. Instead, the scion remained in the showroom all day, selling cars in the California heat.

“I said, ‘Hey Henry, why don’t you come join us for the family picnic?’ But he said, ‘Thank you, but I’m here selling cars,’” Boeckmann said. “He’s extremely humble and he is aware that he needs to work harder because of his name.”

Keyword: Henry Ford III is rising to top of dynasty in deep trouble

Since 2007, when Sime Darby Auto ConneXion (SDAC) immediately took over the Ford business in Malaysia after the American carmaker withdrew from its joint venture, the exclusive distributor for the brand has been steadily building up its retail network. Fortunately, Sime Darby had already been Ford’s business partner for ...