Sime Darby Auto ConneXion (SDAC), the sole distributor for Ford in Malaysia, has revealed that the all-new Ford Ranger Raptor will be officially launched on 7 October 2022. This comes just a few months after the launch of the all-new Ranger range in July where SDAC offered a brief glimpse of the Ranger Raptor.

The range-topping performance-oriented Ranger Raptor will get its launch event done at the Baja track in the vicinity of the Sepang International Circuit (SIC). SDAC is extending an invitation to Ford, and Ranger, fans and owners, as well as the public to witness the raw power of the next-generation Ranger Raptor live. 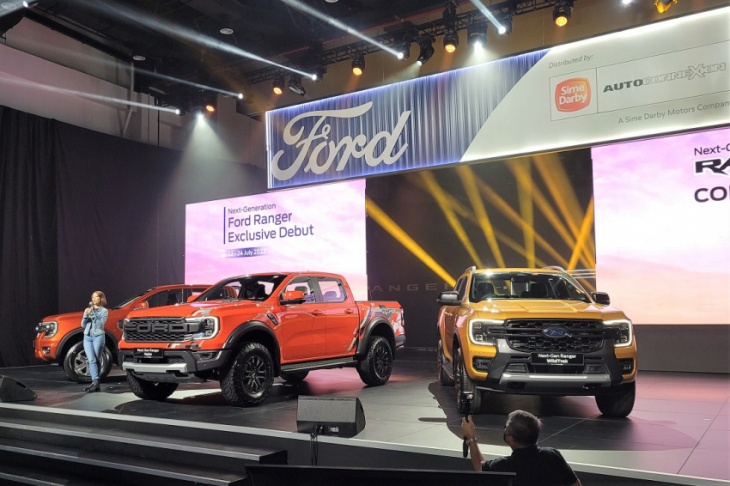 You can register to receive an exclusive invitation to the public launch at the SDAC-Ford Malaysia website. The public launch will be held over the 2nd weekend of October i.e. 7 – 9 October 2022 at the Baja track in Sepang.

This is a reminder that only those with invitations will gain entry and have the opportunity to get up close and personal with the vehicle through a guided walk-around and experience the exhilaration of test driving one around an allocated track.

The Ford Ranger Raptor is developed with Ford’s Performance DNA and sets the benchmark as Asia Pacific’s only purpose-built high-speed off-road performance pickup. The next-generation Ranger Raptor is again raising the performance bar, blending mechanical and technical precision with a suite of smart technologies to tackle different terrains.

“With its significantly enhanced performance, modern technologies and best-in-class capabilities, the next gen Ranger Raptor is the definitive king of pickups. Bolder, faster and edgier, this is the ultimate lifestyle enabler for customers to work hard and play harder. Yet safe and comfortable enough with an upscale and roomy interior for family,” said Turse Zuhair, Managing Director, Sime Darby Auto ConneXion-Ford.

Keyword: Have You Received Your Ford Ranger Raptor Launch Invitation?