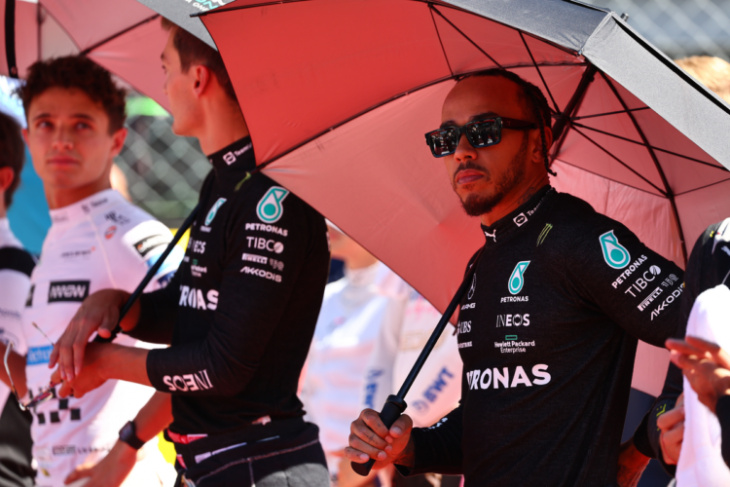 Lewis Hamilton has revealed that the late Safety Car at the Italian Grand Prix brought back memories of his 2021 title decider with Max Verstappen at the Abu Dhabi Grand Prix which ended in controversial circumstances, conceding “that’s the rules, how it should be.”

Sunday’s race at Monza finished under the Safety Car after Daniel Ricciardo was forced to retire and abandon his stricken McLaren with just a few laps remaining.

Max Verstappen went on to win ahead of Charles Leclerc in front of a disappointed Tifosi.

With fans crying out for the Safety Car to return to the pits for a last lap shootout, everyone was drawn to the comparison of the events which transpired in the final laps of last year’s season finale which saw Verstappen win his first world title.

Nicholas Latifi crashed out with five laps remaining which saw Hamilton’s lead on Verstappen evaporate with the introduction of the Safety Car.

Verstappen opted to pit while Hamilton stayed out on old tyres and the Race Director incorrectly allowed certain cars to overtake in order to set up a grand slam final lap which ultimately cost the Brit driver his eighth title.

Hamilton was among those who thought back to that night in Abu Dhabi, telling Sky Sports F1: “There’s only one time in the history of the sport where they haven’t done the rules like that today and that’s the one where it changed the result of the championship. But it is what it is.”

The Italian Grand Prix was just the 10th race in the history of Formula 1 that a race has finished under the Safety Car, with Hamilton’s victory at the 2020 Bahrain Grand Prix being the most recent.

Mercedes F1 Team Principal and CEO, Toto Wolff, made similar comments about how the late Safety Car was handled on Sunday.