Ford will recall 333,342 Escape and 188,436 Bronco Sport SUVs from the 2020 through 2023 model years over a risk of engine fire. The recall is related to a fuel injector that could crack, causing a potential fuel or fuel vapor leak that could lead to an underhood fire, Ford said. In filings with NHTSA, Ford said the driver should be attentive to notice any possible fuel smell “both outside and inside the vehicle” and, in case of a fire, could “notice smoke or flames” from the engine compartment or under the car. 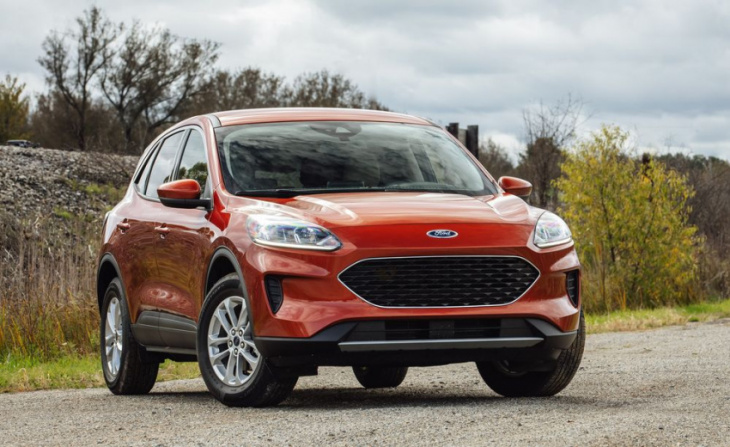 The recall affects vehicles with the base models’ 181-hp turbocharged 1.5-liter three-cylinder engine. Overall, according to Automotive News, there have been reports of 54 underhood fires, of which four are believed related to the current recall.

Ford will install updated engine control software to provide a message on the car’s instrument panel if there is a drop in pressure in the fuel rail. Also as part of the recall, Ford said it will install a drain tube to let any leaked fuel drain from the cylinder head and avoid the fire risk. Owners will be notified of the recall in mid-December. In the meantime, they can check the NHTSA recalls site for information about the recall and to see if their vehicle is affected.

2023 Ford Escape redesign surfaces, but is the new Toyota RAV4, Mazda CX-5 and Hyundai Tucson rival in line for Australia?

2023 Ford Escape Up Close: More of What Escapists Want