Slade spent almost two decades with McLaren as part of the engineering team before a decade-long stint with ‘Team Enstone’ across its various guises that was punctuated at the start by a brief one-year spell at Mercedes.

His time at Enstone included being race engineer for Kimi Raikkonen, who he previously worked with at McLaren as well, as well as Esteban Ocon.

He also worked with another Finnish F1 champion, Mika Hakkinen during his time at McLaren that stretched back to 1991.

Slade has joined Haas to be Magnussen’s race engineer, a role he will begin at the next race in Singapore. 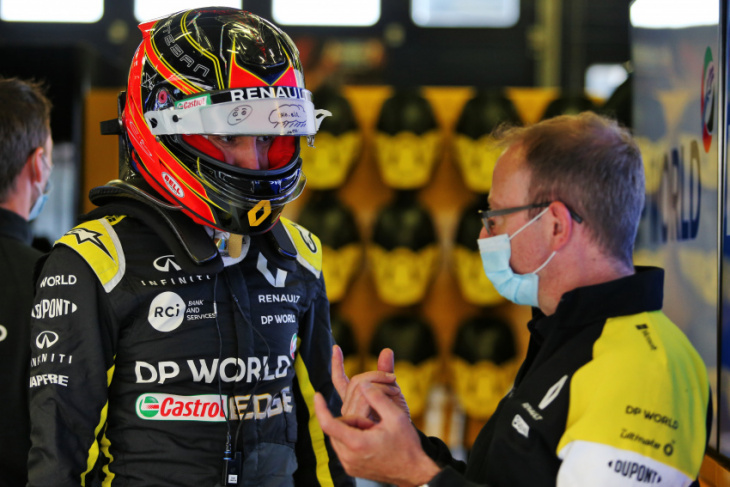 Magnussen was previously engineered by Ed Regan, who Haas revealed ahead of the Belgian Grand Prix in August had moved into an office-based role prior to his departure “towards the end of the season”.

Regan was replaced on a short-term basis by Dominic Haines, who was Magnussen’s race engineer for the triple-header of Spa, Zandvoort and Monza.

Haines previously worked as race engineer for Romain Grosjean and Nikita Mazepin then moved into a non-travelling role with the team.

Slade will be a permanent appointment, though, and work with the team for the first time in Singapore.