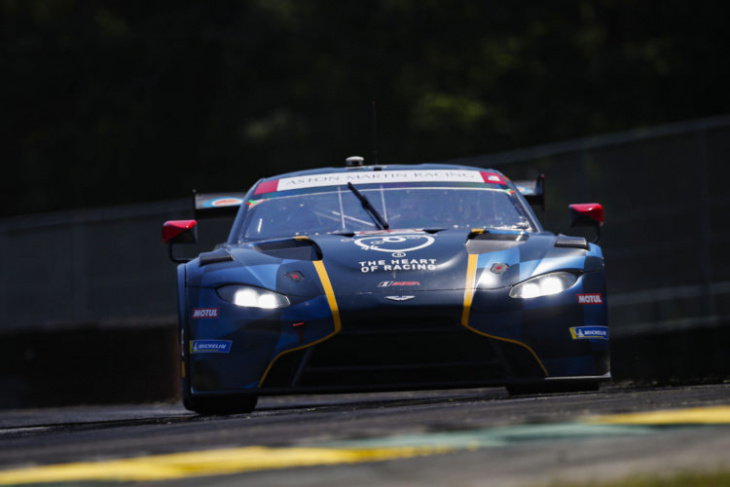 Qualifying for the Michelin GT Challenge at Virginia Internation Raceway got underway this afternoon. 18 cars took the track to fight for overall and class pole position, five GTD Pro and 13 GTD entries in total.

Antiono Garcia got the day started in his #3 Corvette with a 1.55.139, but there was still time to find in both classes. Jack Hawksworth in the #14 Vasser Sullivan and Conor DePhilippi in the #25 BMW M Team RLL machine both fought hard for the top spot in GTD Pro early in the session.

But it would come down to Gunn and Garcia for GTD pole. Gunn put nearly a full second on Garcia with his pole time, setting the tone for the race tomorrow. Garcia also had a shunt near the end of the session when he lost the back end coming out of turn 3 and ended in the wall. He was able to get moving again, but his fight for pole was done.

Garcia wasn’t the only driver to venture off track today, with Matt Campbell taking the #9 Pfaff Motorsport machine for the spin in the grass before getting back on track. Ward also took an excursion near the end of the session, on his way to GTD pole.

Andretti to build new racing and technology HQ in Indiana

The fight for GTD pole was just as fierce as the other class with Ward and Aiden Reid in the #51 Rick Wear Racing entry slugging it out in the end. Reid would end just a few tenths off with a 1:45.077 lap for a P2 class start tomorrow.