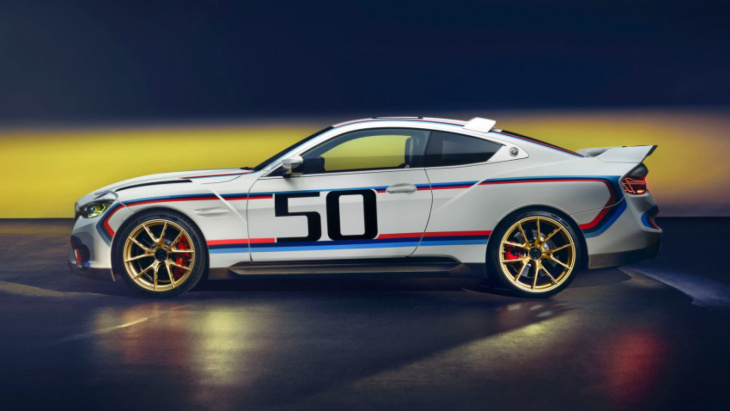 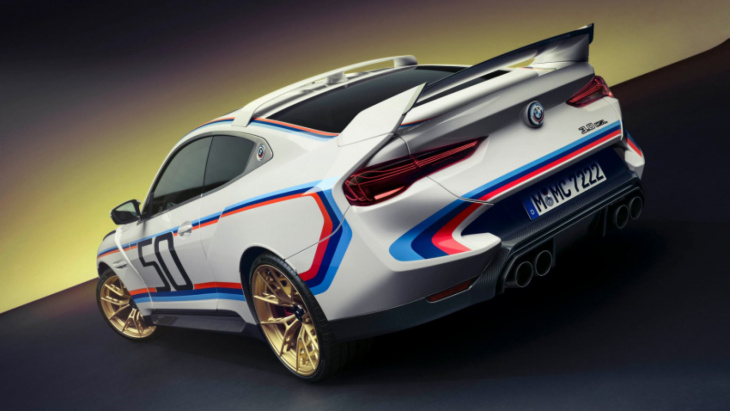 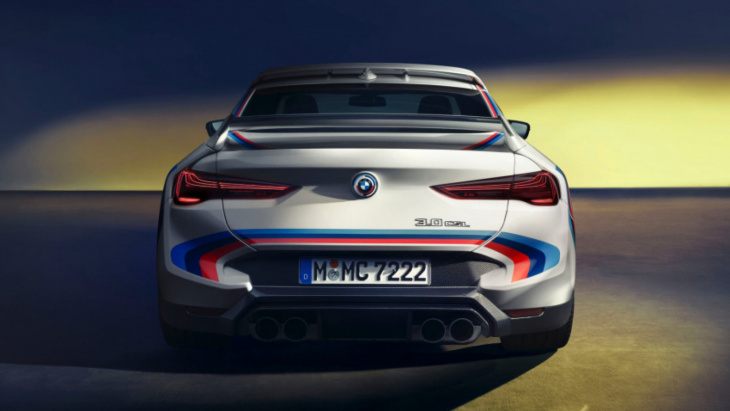 This is the new BMW 3.0 CSL, a 560hp shorthand for everything that M Division represents. Indeed, it’s a distillation of perhaps every fibre that makes up BMW’s core DNA, too.

Visiting aliens eager to discover how one of the world’s biggest carmakers became so popular need only look at the fundamental elements that make up this stupendously modified M4.

There’s a big, hearty straight-six engine up front. It’s matched to a 6spd manual gearbox, sending power to the rear wheels alone. At 1270kg unladen, it’s lighter than the production car it’s based on and it takes inspiration from motorsport.

And so, as the final part of BMW M’s year-long 50th anniversary celebrations, we get perhaps the most evocative offering yet. The original 3.0 CSL has transcended beyond merely ‘a wonderful car’ to something ethereal, and you have to admire the ambition of a company keen to provide a new generation with the same, albeit updated, thrills.

Of which there should be plenty. Just as its daddy did, this new 3.0 CSL packs the most powerful iteration of that 3.0-litre straight-six engine – where the ‘regular’ M3 and M4 get 510hp even in full-fat Competition spec, this 3.0 CSL gets 560hp.

Not just more powerful, but the most powerful six-cylinder engine ever fitted to a road-going BMW M car. 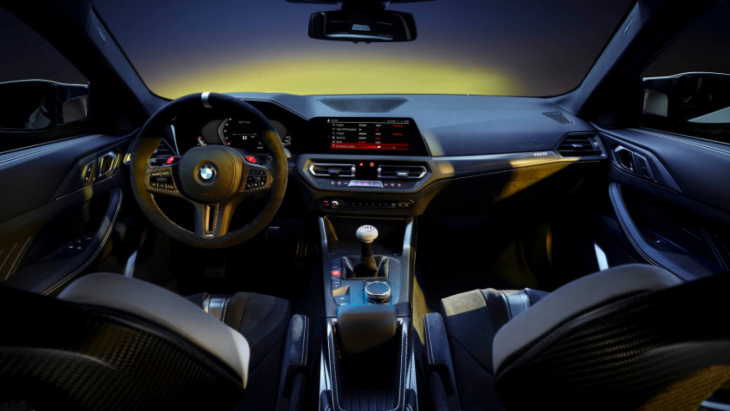 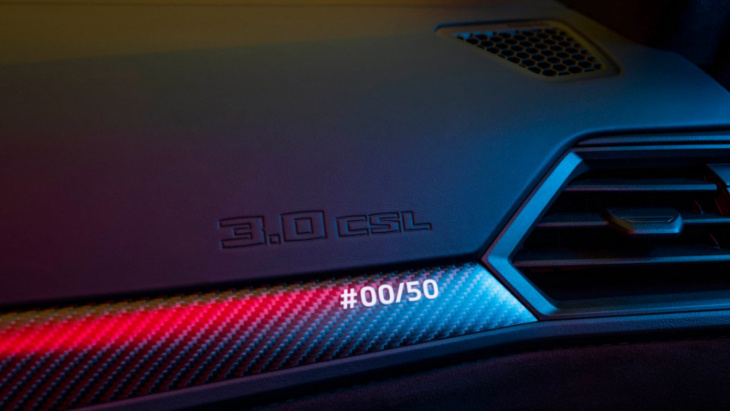 The engine finds a mate in a 6spd manual gearbox “whose spread and transmission ratios are ideally matched to the performance characteristics”, featuring a gearknob that nods to the original BMW M shifters from the Seventies.

A sop to modern convenience comes in the form of a ‘shift assistant’ – help while downshifting when braking for corners.

An active M differential sends power to the back – building up to a 100 per cent lock if needed – and works in tandem with the stability control. Obviously tonnes of work has gone into the chassis, but on the surface it’s based around a double-joint front axle and five-link rear with adaptive damping, wider tracks, electric power steering (with a variable ratio), and massive M carbon ceramic brakes hiding under 20in/21in alloys front and back.

Heck, the traction control has ten stages of intervention, right down to Very Off.

Should make it lively, then, especially when great care has been taken to reduce weight all around that delectable, wide-arched silhouette that pays its ‘Batmobile’ taxes and then some. BMW is proud of its history with carbonfibre reinforced plastic, and the new 3.0 CSL is said to feature CFRP on “virtually all bodywork sections”. The roof, bonnet, boot lid, front and rear aprons and side panel attachments. The sills, rear diffuser, wing and spoiler. All of it made by hand exclusively for this car.

There’s a lightweight exhaust backbox made from titanium, aluminium struts in the engine bay and significant deployment of carbon in the (strictly two-seat) cockpit. The full M Carbon bucket seats sit fore of a pair of integrated helmet compartments where the rear bench once sat. Yes, it’s one of those cars.

And because it’s one of those cars, it gets very special treatment. The development took in 200 hours optimising just the airflow. The cars will take three months to finish.

Indeed, each one takes 30 specially trained M technicians to build, passing through eight assembly and production cycles up to 10 days each. They’ll roll out of the same factory that builds the 7 Series and Rolls-Royce components, too.

No word on price just yet but expect ‘Very’. Because only 50 will be built, for “particularly loyal and enthusiastic fans of the BMW M brand”. And of course, for anyone needing a 560hp shorthand for everything M division represents.