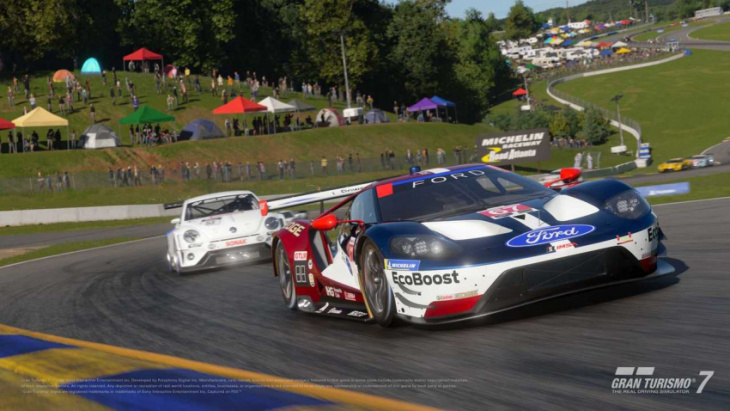 There are also three new cars to drive, and they come from three different decades of motoring. 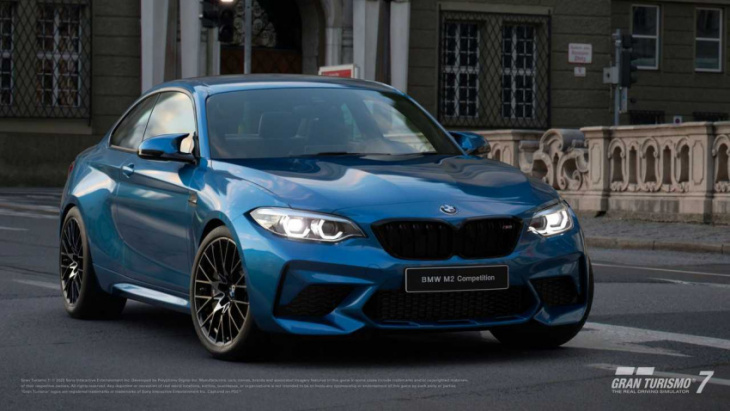 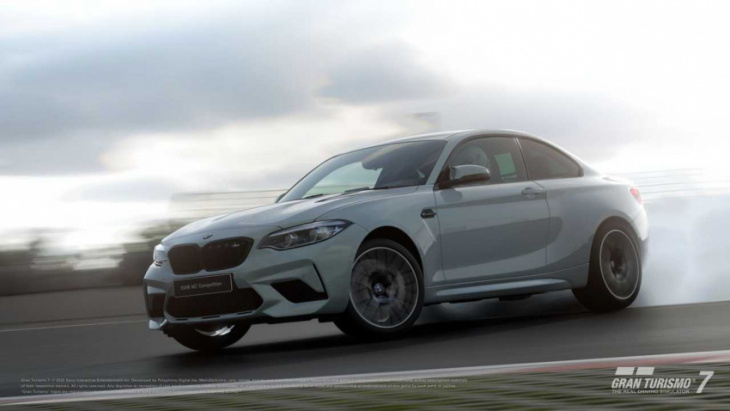 The 2018 BMW M2 Competition is the newest addition from this bunch. This model is the generation that’s previous to the current model. It has a twin-turbo 3.0-liter inline-six engine making 405 horsepower (302 kilowatts) and 406 pound-feet (551 Newton-meters) of torque. According to the factory specs, the coupe with a six-speed manual gets to 60 miles per hour (96 kilometers per hour) in 4.2 seconds. The seven-speed dual-clutch gearbox cuts the time to 4.0 seconds. The electronically limited top speed is 155 mph (249 kph) but can grow to 174 mph (280 kph) with the optional M Driver’s package. 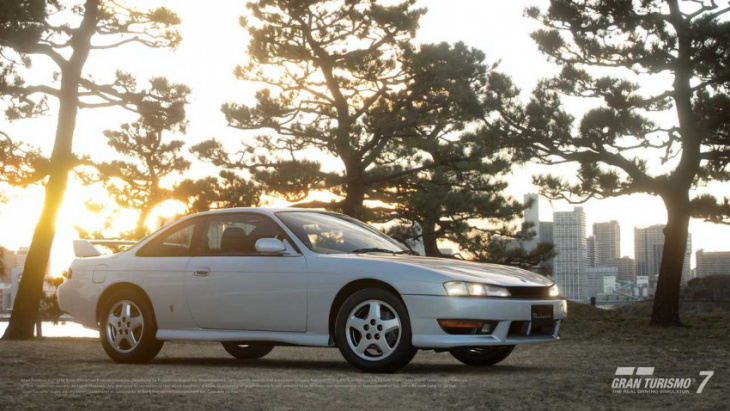 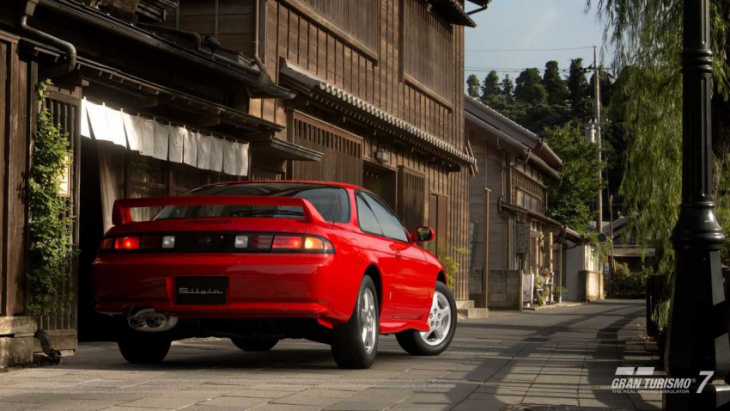 Another new car for Gran Turismo 7 is the 1996 Nissan Silvia K’s Aero. The Silvia received a styling refresh in ’96 that gave the tip of the hood a more rounded shape and tweaked the headlights to match the new look. The K’s model used a 2.0-liter turbocharged four-cylinder making 217 hp (162 kW) for turning the rear wheels.

If you prefer the earlier look for this generation of Silvia, then check out Gran Turismo 7’s September update. It included a 1994 Silvia K’s Type S. 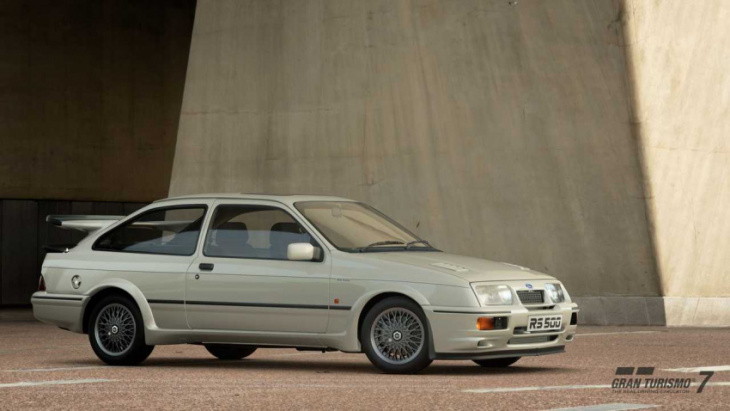 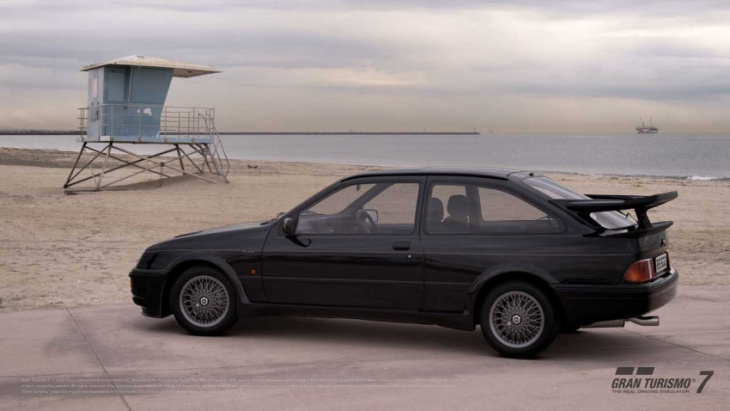 Finally, a 1987 Ford Sierra RS 500 Cosworth joins Gran Turismo 7 in the November update. This model was a hotter version of the already spicy Sierra RS Cosworth. The changes included things like a bigger turbo and intercooler. In road-going trim, the engine made 224 hp (167 kW). 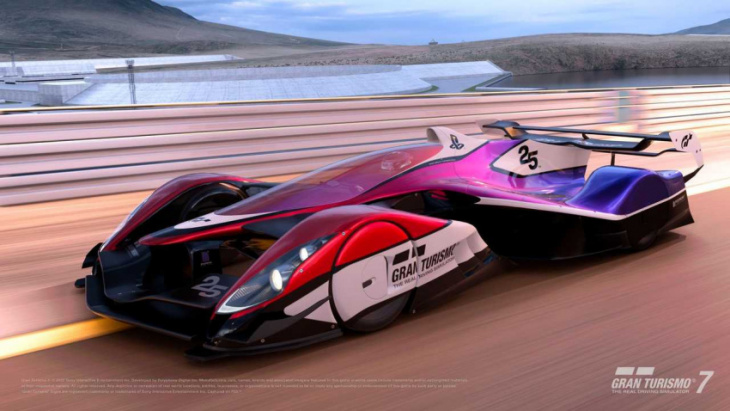 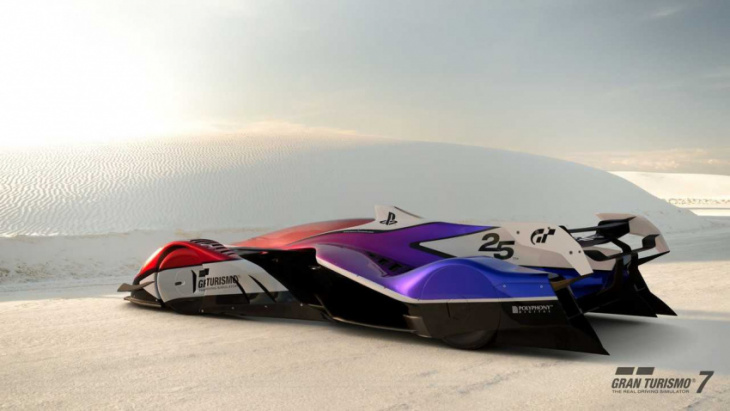 This year is the quarter-century anniversary of Gran Turismo launching on the original PlayStation in 1997 in Japan. To commemorate the milestone, the Red Bull X2019 in the game gets a 25th Anniversary Special Edition livery with a purple, blue, red, and white paint scheme.

It’s a small change, but there are two new places to take pictures of your cars in Gran Turismo’s Scapes mode. Illuminations is at the Shinko Central Square in Yokohama, Japan. It consists of lots of lights and the framework of a geodesic dome. Road Atlanta is the other fresh location, so players can pose vehicles there in addition to racing around the course.