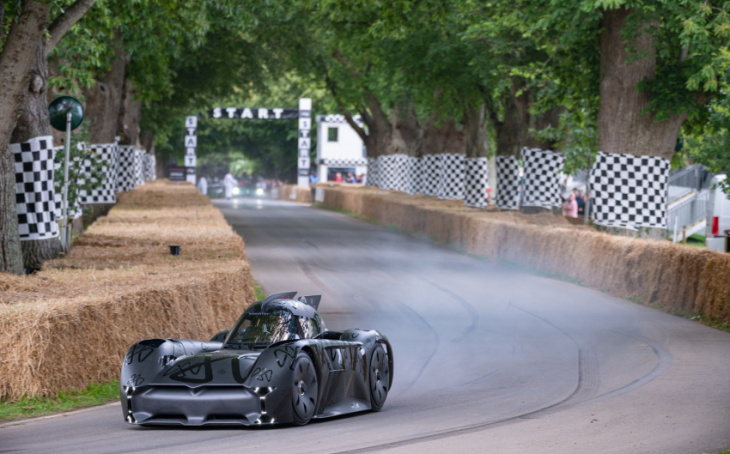 The McMurtry Spéirling, a tiny single-seat electric vehicle from the British motorsport firm McMurtry Automotive, set a new record on the hillclimb course at the Goodwood Festival of Speed.

The Spéirling, a vehicle that relies primarily on “ground-effect” aerodynamics to suck it to the asphalt, set a time of 39.08 at this year’s Festival of Speed over the weekend in the hands of former F1 driver Max Chilton, breaking the record set in 2019 by the Volkswagen ID.R driven by Romain Dumas.

McMurtry Automotive has yet to reveal the full technical specifications of the Spéirling, though says the vehicle packs 1,000bhp and weighs less than 1,000kg — a power-to-weight ratio some 40% better than that of a Bugatti Chiron.

Its diminutive size (it’s 3,200mm long and just 1,500mm wide — more than 20cm narrower than a Ford Fiesta) likely also gave it an edge over some of its larger rivals on the tight Goodwood hillclimb course.

McMurtry has previously said that the Spéirling is capable of sprinting from a standstill to 186mph in less than nine seconds, though the car that set the new record at Goodwood was electronically limited to 150mph. It’s 0-60mph time is, according the company, approximately 1.5 seconds. 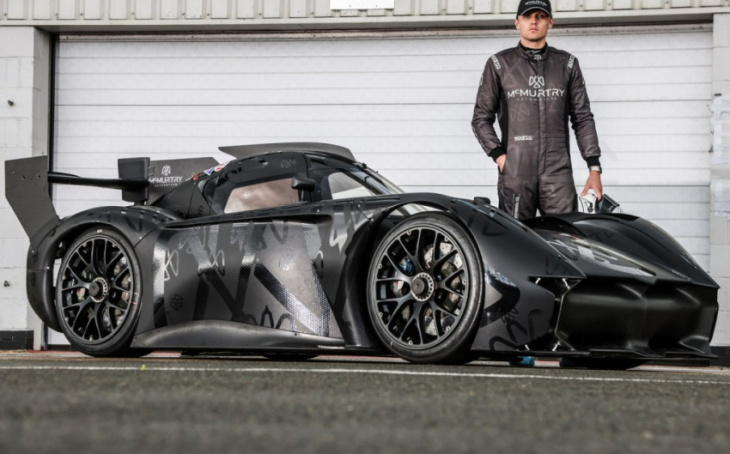 Like the previous record-holder, the VW ID.R, the Spéirling is a battery-electric vehicle, but rather than relying primarily on large wings it uses an underbody fan combined with tight, ground-hugging side skirts that pull the car towards the road. The technology is similar to the 1960s Chaparral 2J ground-effect racing car that is also a frequent visitor at the Festival of Speed, and Gordon Murray created the Brabham BT-46B fan car for the 1978 F1 season.

Instead of producing a quiet EV whoosh, the McMurtry is surprisingly noisy thanks to its fan, and its name — Spéirling — means “thunderstorm” in Irish, a fact that also reflects the origins of the company founder.

The Irish billionaire inventor David McMurtry is an ex-Bristol Aero Engines and Rolls-Royce engineer who, when he was at the latter company in the 1970s, worked on the design of the engines for the supersonic airliner, Concorde. 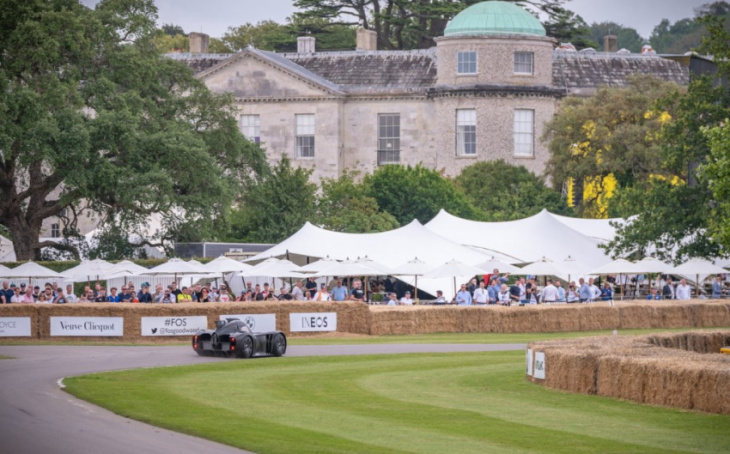 McMurty Automotive is presently headed by Tom Yates, formerly of Mercedes-AMG High Performance Powertrains (the British firm behind Mercedes’ seven consecutive F1 Constructor’s Championships). As well as a one-make race series, the Gloucestershire-based company plans in time to launch a road-going version of the Spéirling with around 350 miles of battery range.

The Spéirling’s performance on the hill was roughly six seconds faster than some of the other notable attendees at the Festival of Speed including the wild 1,973bhp Ford Supervan 4 and the 1,072bhp Porsche GT4 E-Performance.

The latter car, which also made its debut at the festival over the weekend, is a running prototype version of last year’s electric Porsche Mission R concept, said to preview a pure-electric racing car arriving in 2025 and which also likely previews the next-generation Porsche Boxster and Cayman that will both get electric powertrains. 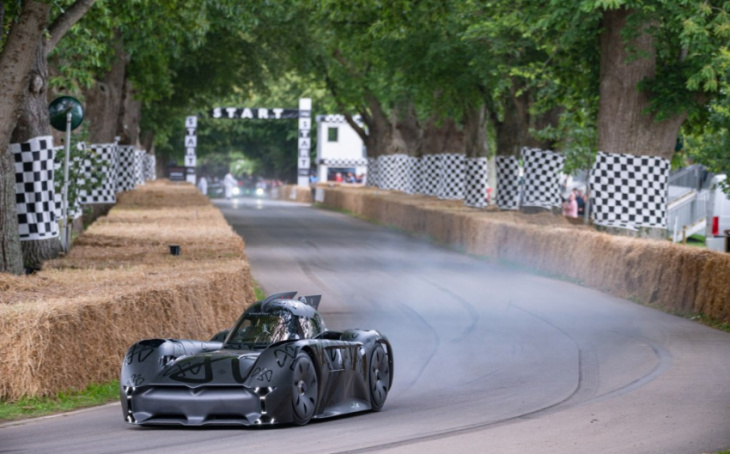 As well as beating the VW ID.R’s time by 0.8 seconds, the Spéirling’s 39.08-second run comprehensively smashed the next-fastest record of 41.6 seconds set in 1999 by F1 driver Nick Heidfeld in the McLaren MP4/13 F1 car that scooped the 1998 F1 world championship.