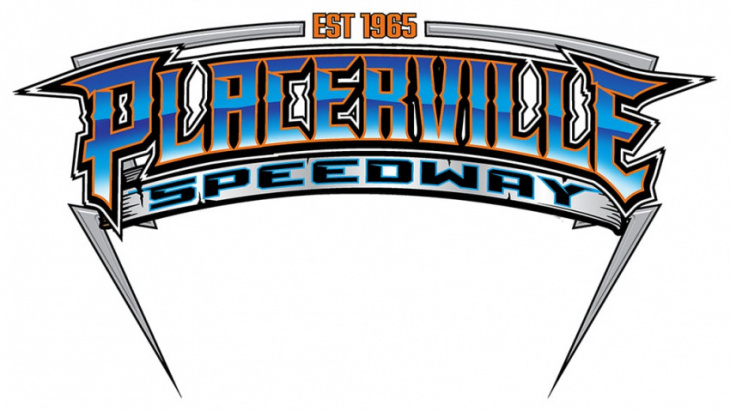 PLACERVILLE, Calif. — A packed house of enthusiastic race fans on Saturday night saw Shane Golobic race to his first Placerville Speedway victory of the year, while Andy Forsberg wrapped up his ninth Thompson’s Winged 360 Sprint Car title at the facility.

It was a memorable night as California natives Paul and Bobby McMahan wrapped up their long-time racing careers back home where it all started. It was an incredible glimpse at the history and evolution of racing at Placerville Speedway, which dates back to 1965.

Dan Jinkerson took over sole possession of second place in all-time in pure stock/super stock wins during the night. In the end, it was Nick Baldwin who locked up his fourth career Red Hawk Casino Pure Stock championship.

With the BCRA vs California Lightning Sprints, it was all about veteran Bobby Michnowicz who dominated the 25-lapper. Right around 90 cars filled the pits between the Winged 360s, Pure Stocks, Lightning Sprints and Vintage Hard Tops.

The 25-lap Thompson’s Family of Dealerships Winged Sprint Car finale saw Fresno’s Dominic Scelzi jump into the early lead ahead of Shane Golobic and Justin Sanders, who battled for second. Caution flags slowed the pace early on, as Golobic was able to get past Scelzi for the lead following one of the restarts.

Once out front, Golobic had no worries and went unchallenged as he picked up his first victory since early June.

It marked the 11th Winged 360 triumph at the bullring for the driver of the Matt Wood Racing/ NOS Energy Drink No. 17w. Roseville’s Colby Copeland has made limited starts at Placerville this year, but continued to show that he’s one of the best at navigating the red clay.

Copeland started eighth in the feature and drove up to earn his second runner-up finish of the season.

Michael Pombo continued to impress at Placerville as well, looking very racy in the feature, before coming home third. It marked his third podium effort of the season at the quarter-mile.

Andy Forsberg didn’t quite have the night he may have hoped for, but an 11th place finish in the feature was good enough to secure his ninth Placerville Speedway championship. With one title under his belt this year, the decorated competitor now looks to bring home the Sprint Car Challenge Tour championship with five races remaining.

A stellar field of 44 Thompson’s Winged Sprint Cars signed in for the final point race of the season on Saturday.

Jodie Robinson Is a Placerville Speedway Winner At Last

He died in a qualifying incident at Brainerd International Raceway.

McLaren’s Artura Trophy is a GT4 racer unleashed... that you can buy

Motorsport … and race in a “relaxed and sociable” one-make series. Which sounds lovely In case you’re not following McLaren’s every move, the Artura is the replacement for the putatively entry-level 570S – even if McLaren says it isn’t. The Artura Trophy, on the other hand, is a proper GT4 ...


View more: McLaren’s Artura Trophy is a GT4 racer unleashed... that you can buy

Ferrari‘s next-generation GT3 racer ditches the familiar twin-turbo V8 for a twin-turbo V6 powertrain based on that of the plug-in hybrid 296 GTB road car. Dubbed the 296 GT3, this car be purchased and used by customer teams to go up against GT3-homologated versions of the Porsche 911, McLaren Artura, ...

There’s a new Porsche 911 racer in town. The new 911 GT3 R has been revealed, with a 4.2-litre engine and a rear wing that’ll trouble low-flying planes. The GT3 R isn’t a road-going partner to the GT3 or upcoming GT3 RS; it’s a proper race car for customer teams ...

Selling drugs is an unusual way to fund a race team, but it worked for Randy Lanier—until it didn't.

Versus the road-going RS E-Tron GT, this is an interesting matchup.

Based on the 992 generation of Porsche’s rear-engined sports car, the new GT3 R boasts improved driveability and up to 557bhp from a 4.2-litre flat six

LFA Successor Could Miss Entire Point, Get Twin-Turbo V-8 From the LC500 Racer

Ericsson praised as the ‘best racer in the series’ by Power

Have You Seen The Italian Carabinieri’s Tracer 9 Police Bikes?

Ferrari Unveils Its All-New LMH Racer For the 2023 Season

A Short Drive in VW Desert Racers Past, Present, and Possibly Future

What do you make of McLaren’s first ever Formula E racer?

The Porsche 963 is the German automaker’s latest endurance racer

Porsche's 963 is the next-gen racer designed to hunt apexes

Porsche will fight for outright victory at Le Mans with this: the 963 hybrid racer

This is an MX-5 desert racer on 27in tyres: watch new American Tuned

The McLaren Artura GT4 racer is a lightweight

What do we think of the big kidneys on BMW’s M Hybrid V8 prototype racer?