Giving electric scooter riders more and better power would be a major plus. 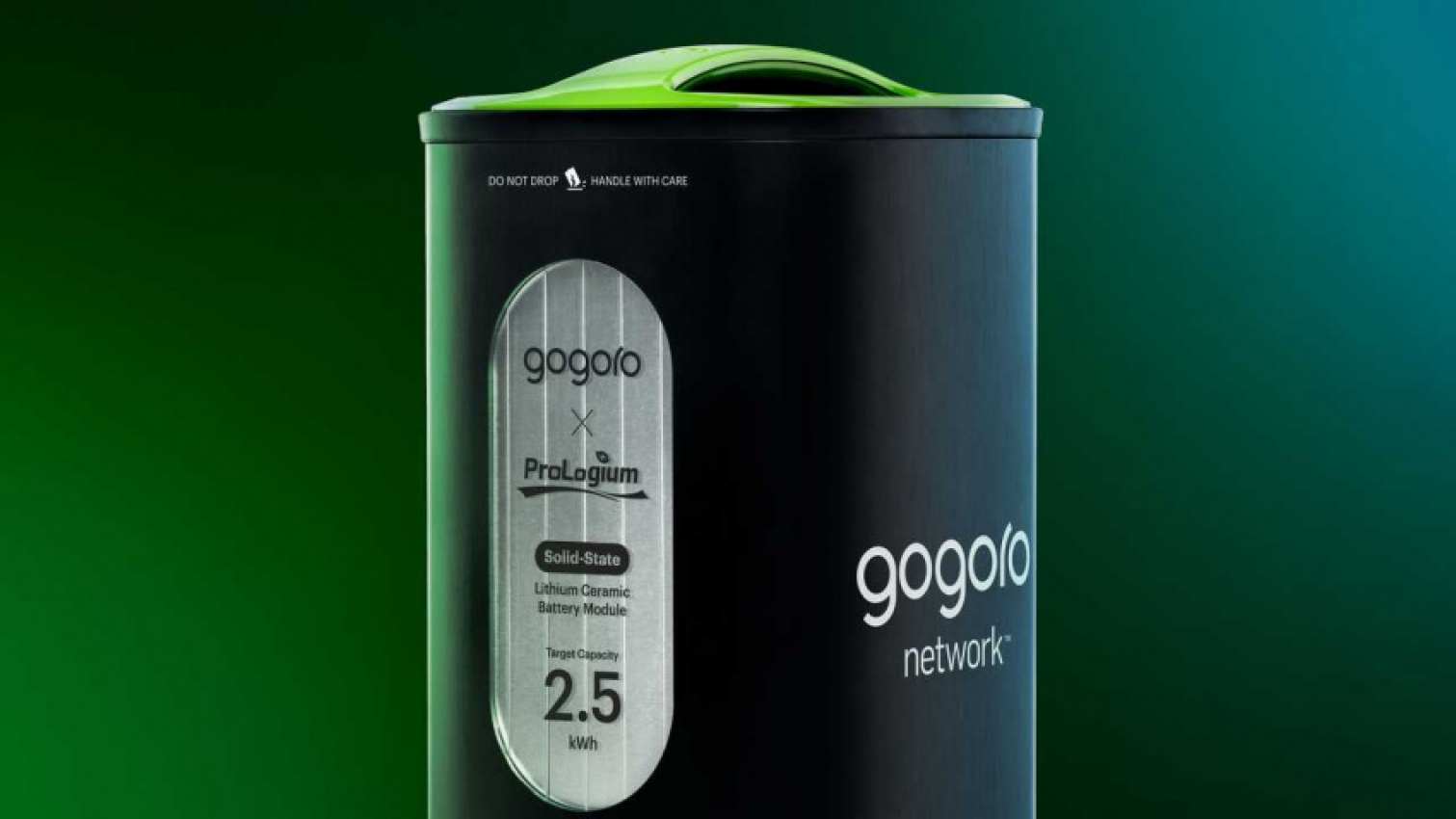 Swappable battery technology is a good portion of what electric scooter specialist Gogoro does. In January, 2022, the Taiwanese company announced plans to surpass the number of gas stations in Taiwan with its battery-swapping GoStations by the end of the year. Since there were already 2,215 GoStations and 2,487 gas stations across the country when it made that announcement, that goal didn’t seem out of reach at all.

On March 8, 2022, Gogoro pulled the wraps off another project it’s been working on—and if it lives up to expectations, it could be an extremely big deal. Apparently, Gogoro has been working with ProLogium Technology to develop what it’s calling the world’s first swappable solid-state battery prototype. It is, naturally, intended for use in electric vehicles. Crucially, it’s also backwards-compatible with Gogoro’s existing Powered by Gogoro Network scooter fleet.

The advantages of solid-state lithium ceramic batteries like these include two things that EV enthusiasts constantly clamor for: Higher energy density, and greater range. According to Gogoro’s estimates, these new solid-state battery units could hold an increased capacity of 140 percent or greater versus the lithium-ion units presently in use. The batteries could go from 1.7 kWh to 2.5 kWh, packed into the same size cases that slide neatly into PBGN scooters and GoStations. 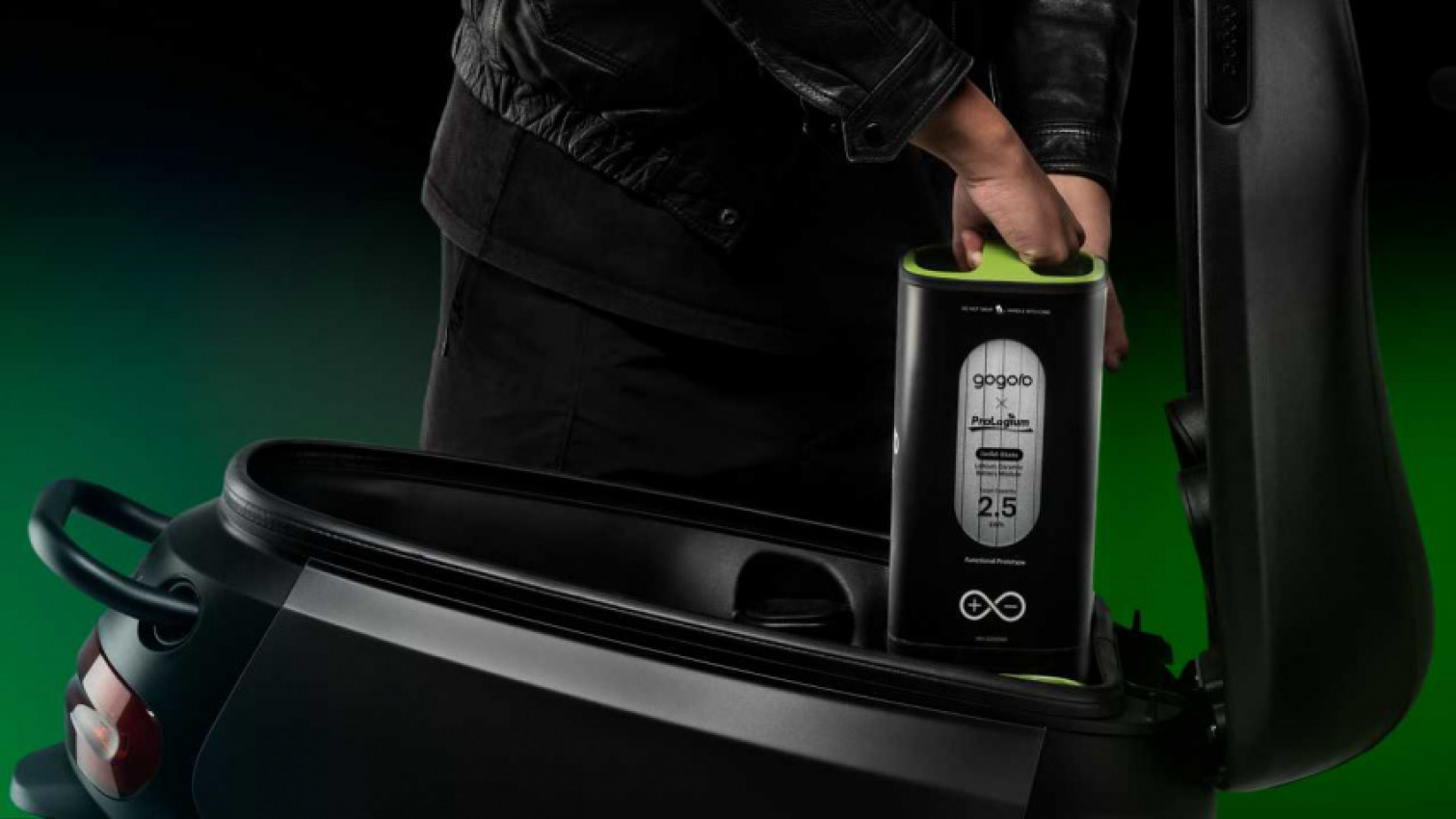 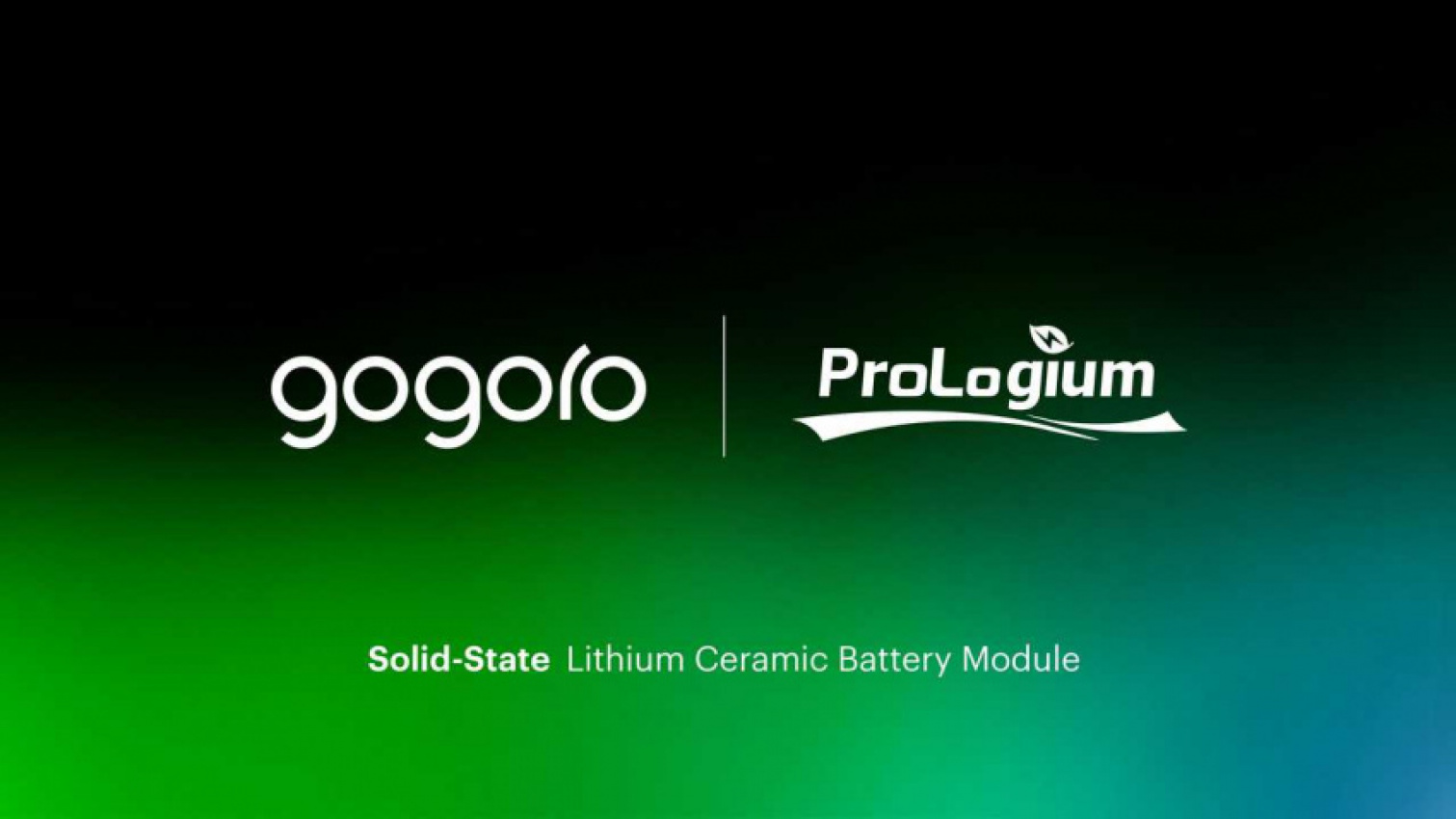 “Gogoro is unveiling the world’s first solid state battery for two-wheel battery swapping because it’s imperative we take advantage of the latest battery innovations to introduce a new era of electric transportation growth and adoption in our cities,” Gogoro founder, chairman, and CEO Horace Luke said in a statement.

“We partnered with ProLogium Technologies, a global leader in solid state battery innovation, to jointly develop this new battery that delivers higher energy density for better range, improved stability and safety, and it is reverse compatible with all existing Gogoro-powered vehicles,” Luke concluded.

“Solid state battery technologies present a new phase in the future of electric vehicles, and we look forward to advancing this Gogoro prototype battery into a commercial offering in the future,” Yang concluded.

Gogoro had a busy year in 2021, and it doesn’t look to be slowing down any time soon. Improving the power options it can offer its customers as it expands that customer base seems like a significant move, and one that could push the state of the art forward across the board once it’s successful in the wild.