The electric truck appears to be making its video game debut soon. 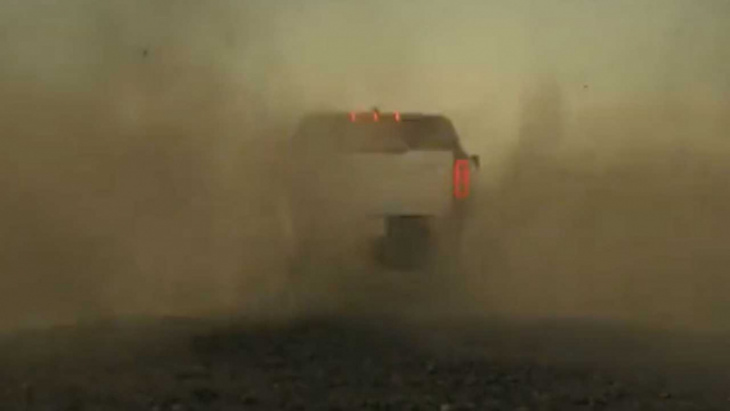 Hummer has its roots sank into military use in the form of the Humvee. Decades later, it appears that the reborn nameplate under the GMC branding is going back to how it started, albeit, in video game form.

In a video teaser, GMC announced what appears to be a collaboration between the American automaker and the famous Call of Duty video game. The subject of the partnership is the new GMC Hummer EV truck, announced on Twitter. We embedded the video teaser below or you can access the social media post through the source link at the bottom of this story.

The video showcased a limited Hummer EV Edition 1 blazing through a desert, leaving a dust trail forming a skull cloud. The Skull has been a prominent in-game element of Call of Duty.

GMC’s tweet, which was announced in time for the National Video Games Day, also came with a caption saying, “What you never saw coming, is coming.” Moreover, the social media post also disclosed when the full reveal’s happening, which will be on September 15, 2022, at 1:00 p.m. ET.

This, of course, coincides with Call of Duty: Next event. This occasion will announce the imminent future of Activision’s first-person shooter video game franchise.

Apart from the general future of the video game franchise, COD also announces that the event will include other announcements “including many more details regarding Modern Warfare II, information on the next Call of Duty: Warzone, and more on the mobile version of Call of Duty: Warzone (also known as Project Aurora). It will also be the beginning of the Modern Warfare II Open Beta, which will be free across all platforms.

As to where the Hummer EV will fit in, that’s yet to be known but more details will come in a few days.

The full-size Chevrolet Silverado ute is sold in Australia – but could its slightly more premium cousin head our way as well?


View more: Is the 2022 GMC Sierra Denali Ultimate Worth the Extra Cash?

Faults in vehicles are nothing new, but for more pricey cars, the scrutiny is substantial. This is one of the reasons why Tesla’s electric cars, from the entry-level Model 3 to the top-tier Model X, are scrutinized for their quality on a consistent basis. But manufacturers could make mistakes ...

General Motors’ GMC Hummer EV has been spotted outside Ford headquarters in Michigan. According to The Drive, a GMC Hummer EV pickup was spotted just outside Ford’s Detroit headquarters. The company could be looking at GM’s Ultium battery tech or possibly benchmarking the vehicle against its technology. But the ...


View more: Ford has a GMC Hummer EV at its Detroit headquarters: a hint of what’s ahead?

Fortunately, GMC has a fix for that as part of a Customer Satisfaction Program.


View more: The 2022 GMC Sierra Only Needs to Change 3 Things

Blowing up bad guys from a comfy couch is about to get a little more horsepower, thanks to the upcoming introduction of the GMC Hummer EV to the Call of Duty video-game series. The Hummer will be available as a playable vehicle in Modern Warfare II (starting October 28) ...

General Motors opted to save its chips for profitable models Consumers are getting heated seats retrofitted into their 2022 GMC Sierra There is hope on the horizon for the chip situation The auto industry has had a few stressful years with the pandemic, supply chain issues, high fuel prices, ...


View more: 2022 GMC Sierra 1500 Customers Could Finally Get the Heated Seats They Should Have Had All Along

The 2023 GMC Canyon Is More Off-Road Friendly Than Ever