The full-size Chevrolet Silverado ute is sold in Australia – but could its slightly more premium cousin head our way as well?

Since 2020, General Motors Special Vehicles (GMSV) has been selling the Chevrolet Silverado in Australia, doing battle with the Ram 1500 and 2500 that also hail from Michigan in the United States.

But with Ford set to enter the local market next year with its F-150, and Toyota eyeing up the prospect with the Tundra, is there room for another American ute?

That next entry (if it did end up happening) would likely come in the form of the GMC Sierra, which has always been mechanically identical to the Silverado, but offered as a slightly more premium truck. 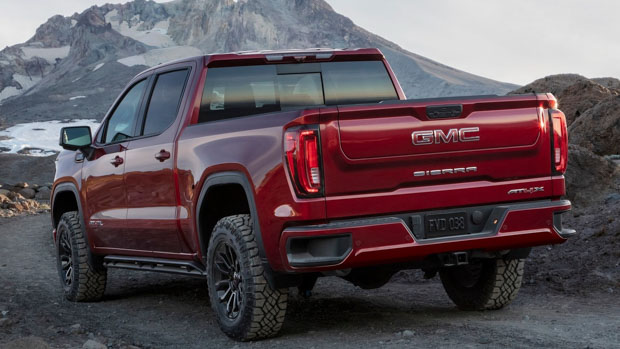 Like the Silverado, the GMC Sierra was subject to a mid-cycle refresh back in 2021, which saw it updated with a few new bells and whistles on the inside and out.

The Duramax inline-six diesel is good for 206kW/623Nm, and seems to be the choice for those looking to tow over in America. The larger 6.2-litre V8 makes 313kW/624Nm is currently offered in the Silverado as standard in Australia. 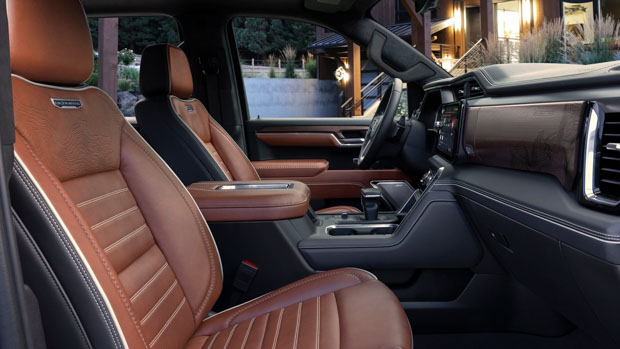 The 2021 update saw an all-new fascia appear on the front of the Sierra, featuring sleek new headlights, and a wider grille.

Bigger changes happened in the inside of the Sierra, where the cabin was completely redesigned for 2022. The 13.4-inch infotainment system gets a Google-powered operating system that includes functions like Maps, Voice Assistant, and the Play Store. 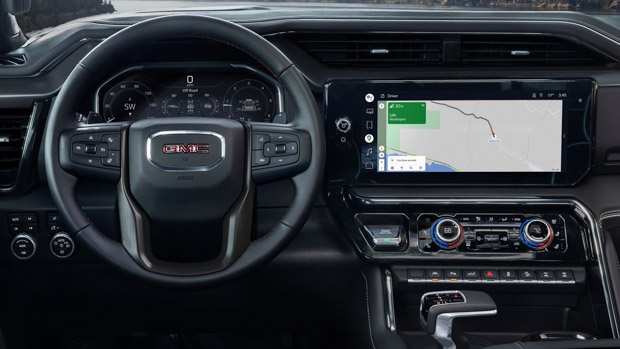 Behind the steering wheel sits a 12.3-inch digital cluster, which can be used to show ‘Super Cruise’ information on compatible American roads.

Considering that the Sierra is mechanically identical to the Silverado, it should come as no surprise to hear that it can tow the same amount. If it did end up making it over to Australia, it’d be rated at up to 4.5-tonnes.

Over in America, pricing at the entry points of the Silverado and Sierra line-ups are quite similar, but it’s in the range-topping variants where the differences become clear.

The company is not able to keep up with demand and takes a break until the balance improves.

2005 GMC Graphyte concept 2001 GMC TerraCross concept 2010 Granite SUV concept 2008 GMC Denali XT concept 2000 GMC Terradyne concept GMC has sprung some great concepts that pointed to many features that came in later products. But they also featured designs that, for the most part, never made ...


View more: GMC Truck Concepts We Wish Were Made

Release of the GMC Hummer EV Potential water damage in the Hummer EV A unique “crab walk” feature sets the Hummer EV apart The GMC Hummer EV challenges any doubts a person might have about the potential power of an electric vehicle. General Motors revived the notoriously inefficient Hummer ...


View more: The GMC Hummer May Not Be as Waterproof as It Had Hoped


View more: Is the 2022 GMC Sierra Denali Ultimate Worth the Extra Cash?

Faults in vehicles are nothing new, but for more pricey cars, the scrutiny is substantial. This is one of the reasons why Tesla’s electric cars, from the entry-level Model 3 to the top-tier Model X, are scrutinized for their quality on a consistent basis. But manufacturers could make mistakes ...

General Motors’ GMC Hummer EV has been spotted outside Ford headquarters in Michigan. According to The Drive, a GMC Hummer EV pickup was spotted just outside Ford’s Detroit headquarters. The company could be looking at GM’s Ultium battery tech or possibly benchmarking the vehicle against its technology. But the ...


View more: Ford has a GMC Hummer EV at its Detroit headquarters: a hint of what’s ahead?

2024 GMC Acadia Spied For The First Time, Inside And Out

GMC Hummer EV: The Freedom Launch of 9,000 Pounds Is Real

The 2023 GMC Canyon Is More Off-Road Friendly Than Ever

The 2023 GMC Canyon AT4X Is Here, and Coming for the Toyota Tacoma