GM Says It’s on the Way to EV Profitability

The automaker says EV profit margins could equal those for internal-combustion models by 2025, though ‘headwinds’ remain. 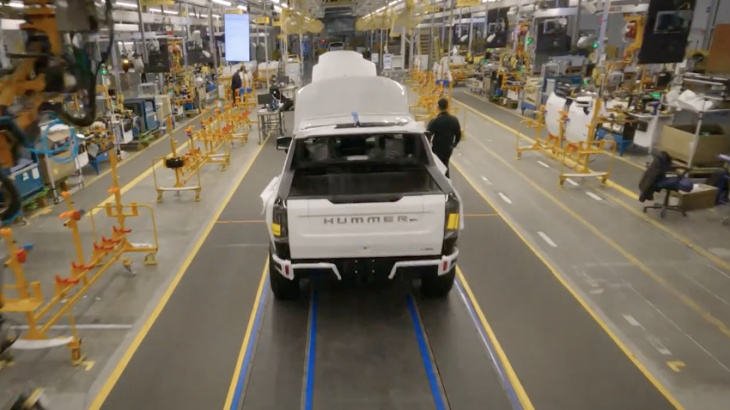 Besides all the tasty new and updated product—EV and internal combustion-powered alike—that General Motors President Mark Reuss outlined at the automaker’s Investor Day in New York on Nov. 17, the company also boasted to Wall Street about its recent progress in making EVs both affordable and profitable.

Just four trading days after Investor Day, GM stock was up nearly 5%, hovering around $40 per share. Tesla’s stock, hit hard by CEO Elon Musk’s pre-occupation with his new $44-billion social media toy Twitter, is off more than 12% for the same period.

It took Tesla 17 years of making only EVs to post its first full-year profit, in 2020. Conversely, GM enjoys the luxury of funding its $35-billion EV and automated vehicle investment (through 2025) from its ICE-powered vehicle profits—cars and trucks that “are literally funding our future,” Reuss told Wall Street.

All those new GM EVs are well on their way to self-funding, CEO Mary Barra said at Investors Day.

“We expect our EV portfolio will be profitable in 2025, including projected greenhouse gas benefits and revenues from software after-sales,” Barra said. “And this is before the benefits of the new clean-energy tax credits.

“When you factor that in, we believe by 2025 we will be executing a portfolio that has got the same margin profile as our ICE portfolio.” (Off-Wall Street translation: EVs will make the same profits, measured by percentage over cost, as the internal-combustion models—quite a claim.) 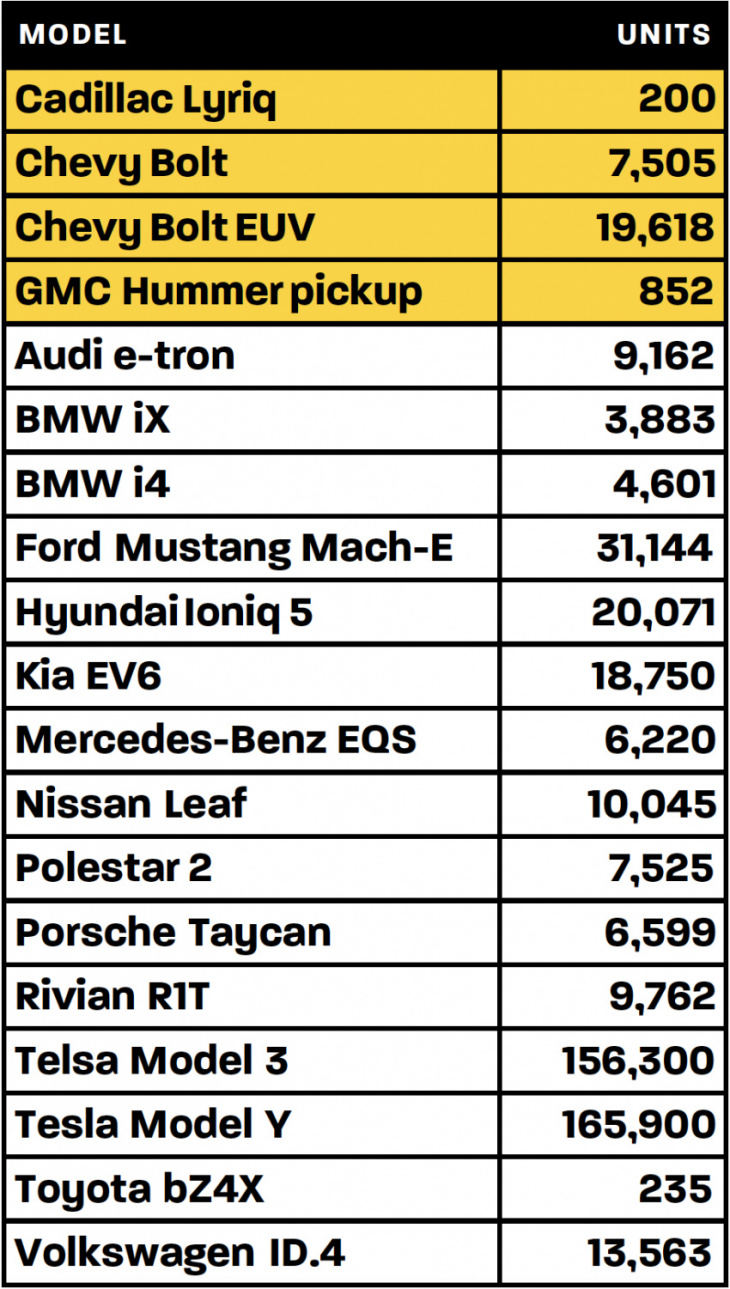 Nevertheless, GM lags some of its competitors in the EV market, with both Ford Motor and Hyundai Group far ahead in segment sales (see chart, at left). After a big media splash and favorable enthusiast media reviews, Cadillac has delivered a modest 200 battery-electric Lyriq crossovers to date, a spokesman says.

GM will continue to ramp up Lyriq production through the end of the year at its Spring Hill, Tennessee, assembly plant after replenishing dealers with the ICE models also built there (Cadillac XT5 and XT6 and GMC Acadia).

“We expect our EV portfolio will be profitable in 2025,” GM CEO Mary Barra said.

“We have deliberately ramped up Cadillac Lyriq production slowly and methodically this year to ensure quality for our customers,” the company said in a release.

Along with GM, Ford is counting on tax credits of up to $7500 from the Inflation Reduction Act’s green energy provisions to boost EV sales. In Ford’s third-quarter earnings report call with Wall Street analysts, CEO Jim Farley praised the program’s first-ever clean-energy credit for commercial electric-powered trucks and vans.

GM says it has secured “binding commitments” for the battery raw materials necessary to deliver 1 million North American-assembled EVs by 2025 and continues to sign agreements to procure raw materials, processing, and recycling from North America or its trade partners, as required to qualify for the credits.

Ford also has the suppliers and production necessary to meet the new requirements, Farley said in the third-quarter earnings call.

But there are, in the Wall Street vernacular, “headwinds.” Congressional Republicans indicated, before the midterm elections, they could slow or block a vote to raise the federal debt limit and potentially shut down the government in an effort to press for cuts in the IRA’s clean-energy tax credits, according to The Washington Post.

No Republicans in the House or Senate voted for the IRA last summer, though the Senate’s Democratic majority retained in the midterms and President Biden’s veto ultimately would block any effort to repeal any portion of the IRA.

But the Republican House also could schedule oversight hearings or attach riders or “poison pills” to slow green-energy tax credits, BlueGreen Alliance Executive Director Jason Nash told Vox just before the midterms. And there is a short time-cushion: The consumer tax credit of up to $7500 starts with EVs “placed into service before January 1, 2024.”

Keyword: GM Says It’s on the Way to EV Profitability