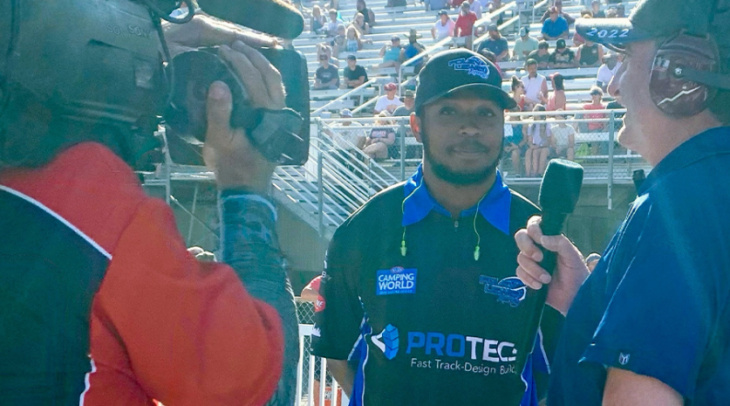 Williams, who already has experience in NASCAR, will leverage his relationships in the sports world to reach new marketing partners for the veteran Top Fuel team. “We feel like having Antonio as our new director of business development will really bring in a totally different perspective,” said Foley, who races with longtime team partner Tim Lewis. “Not only does he have the NASCAR connection and the motorsports background, but he also has the athletic side. He has a great approach and he’s just a guy who appreciates life. He’s very approachable and easy to talk to. We think the whole package that he brings to the table will open up opportunities we’ve never even thought of. “The fact that he’s playing for absolutely my favorite team my entire life sure doesn’t hurt,” added Foley, who grew up in New York but now lives near the NASCAR-centric city of Mooresville, North Carolina.  Williams, who entered the NASCAR world in 2021 through a strategic partnership with NASCAR Xfinity Series driver Joe Graf Jr., is eager to branch out and start working with Foley Lewis Racing in the NHRA Camping World Series.  “I see a lot of potential within the team,” Williams said. “Working together with Doug, Tim, and Guy (Pierce, FLR President of Marketing), I think it will be a great combination. Between who I know in NASCAR and my connections in the NFL, and now stepping into the new area of NHRA, there’s a lot of doors that I think we can blow down and kind of take over.” Williams has already started his efforts to connect the team with new marketing partners for the 2023 season. Foley has competed in nine races this season, including runner-up effort at the NHRA Gatornationals. The plan is to run the full 21-race season in 2023.  “I’m excited to work with the team, and I hope to make an immediate contribution,” Williams said. “I’m going to do whatever I can, especially on the business side, to continue to help grow the brand and grow the team, and bring in some top-tier sponsors so we can be a very competitive team next season.” Williams recently started training for his first season with the New York Giants after two seasons with the Buffalo Bills. He hopes to bring together his two worlds – football and motorsports – through his efforts with FLR.  “It’s a great combination because the racing season in most leagues starts right when our season ends in football, so it never really overlaps,” Williams said. “I think they intertwine if you allow them to. There’s a huge fanbase from the NFL and a huge motorsports fanbase. My goal is to figure out a way to combine those two. If we can find that balance, I think that will be huge for us.” Foley and Williams met through mutual connections, and Williams got his first taste of the NHRA nitro experience when he visited the team at the NHRA Thunder Valley Nationals at Bristol Dragway earlier this summer. It was an eye-opening experience for Williams, who’s excited about the opportunity to introduce new fans and brands to the sport.
“I don’t know if there’s another motorsport that has that much excitement with the cars going down the track, and the power they generate, and how loud they are,” Williams said. “Everything is times 10 at an NHRA race. The speeds, the times, everything. I think it’s one of a kind. There’s nothing like it. I think we have to take advantage of that. When you’re unique like that, you run with it and take advantage of that opportunity.”