Designed to ride anywhere, the Stormguard packs a beefed up battery pack and a Yamaha mid-drive motor. 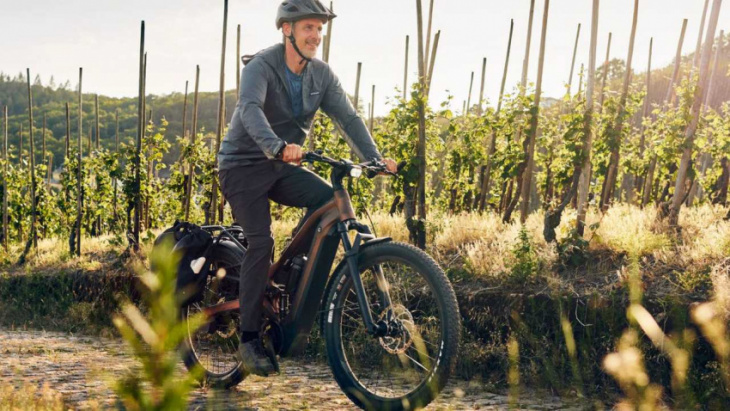 When it comes to bicycles—both electric and otherwise—few brands hold as strong a reputation as Giant bicycles. An industry giant for several decades now, Giant has both economies of scale and impressive quality as credentials that enable it to continuously grow and innovate in the industry. We’ve seen many new e-bikes from Giant lately, however, none of them are like the new Stormguard E+. 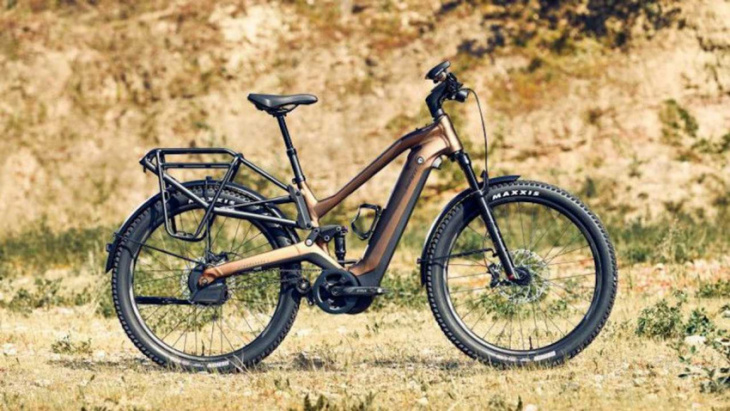 At a glance, the Stormguard E+ looks imposing, intimidating, and expensive. Indeed, it’s all those three things, and it’s Giant’s first utility-focused, full-suspension electric bike. Styling-wise, it’s clear that the bike makes use of tried and tested Giant geometry. I can see a bit of Giant Trance peeking through all the ruggedness here, but other than that, the bike is a machine of its own. For starters, the huge rear racks look like they can double as a luggage rack and pannier rack in one. Furthermore, the large fenders on both wheels make it clear that this bike is capable of serving as a commuter, too.

From a performance standpoint, the Stormguard E + packs a Yamaha mid-drive motor mated to a belt drive system for quiet operation It gets an Enviolo stepless internally geared hub for added efficiency, and draws power from a large EnergyPak Smart 800Wh battery pack. Incidentally, this is the first time Giant is making use of the larger 22700 type of battery cells. In theory, these larger cells—especially considering that there are 40 of them in the battery pack—should provide more range, but more importantly, durability to withstand more charging cycles.

Other features include a cockpit that’s designed with practicality in mind. More specifically, it ets a bar and stem integrated full-color display called the RideDash Evo. This gadget allows you to connect your smartphone to the bike, letting you access features like navigation and ride stats from your phone to the built-in display. The bike will be offered in a premium E+1 trim and an E+2 version with a more affordable setup. The bikes are expected to hit the European market in 2023, and will retail for 7,999 Euros for the E+1, and 6,499 Euros for the E+2.

MG Cebu South joins the growing MG Philippines nationwide dealership network, and provides easy access to MG products, promos, and aftersales services to the progressive Municipality of Minglanilla in the Queen City of the South. MG Cebu south is located along the busy Cebu South Road, within the Plaza ...

• A vehicle Mercedes refused to call a minivan, the Mercedes-Benz R63 AMG was labeled as a Sports Tourer that could achieve 155 mph. • The R63 was only sold for one year, with 113 believed to have been produced for North America and 108 making it to the ...


View more: Week of 14th November: Audi e-tron GT and Mercedes-AMG CLS 53 Review, What to Look out for Before Buying a Honda Jazz, and The Return of the Automated Car Wash!


View more: Week of 14th: Audi e-tron GT and Mercedes-AMG CLS 53 Review, What to Look out for Before Buying a Honda Jazz, and The Return of the Automated Car Wash!

With the first 2022 FIFA World Cup match happening at 9pm on Monday, 21 November, this is our list on where you can catch the matches without paying for an expensive subscription! Changi Airport Terminal 3 Downtown East Community Centres around Singapore ActiveSG Sport Centres Go out, have fun ...

Mercedes-AMG C63 F1 Edition. Mercedes-AMG has revealed a time-limited F1 Edition of the recently revealed C63 S E Performance. The special edition car will be available as both a sedan and estate, but will be restricted to the first year of sales of the Mercedes-AMG C63. The car also ...

Electric vehicles (EVs) sure are popular in Thailand! First, we hear about people queuing overnight just to book an EV, now MG is celebrating a record 1,598 units booked in 8 hours! The EV in question is the MG4 Electric, a new EV offering from MG after the MG ...


View more: 1,598 units booked in just 8 hours, MG4 Electric is the next EV sensation in Thailand

Mercedes-AMG One teased on Nürburgring – to dethrone 911 GT2 RS?

EMG's HVO trucks save over 300 tonnes of emissions

MG Hector gets a 2.0L Hybrid powertrain in Indonesia

The 2022 MG3 is the cheapest car to buy and run, according to RACV

Review: Mercedes-AMG A45 S - First and last 4-cyl with "one man, one engine" philosophy?

Have the itch to get a new car; confused between the M340i & GLA35 AMG

2022 MG Hector to be launched by December end

Our List of Five Interesting Restaurants in Singapore! - mGuides