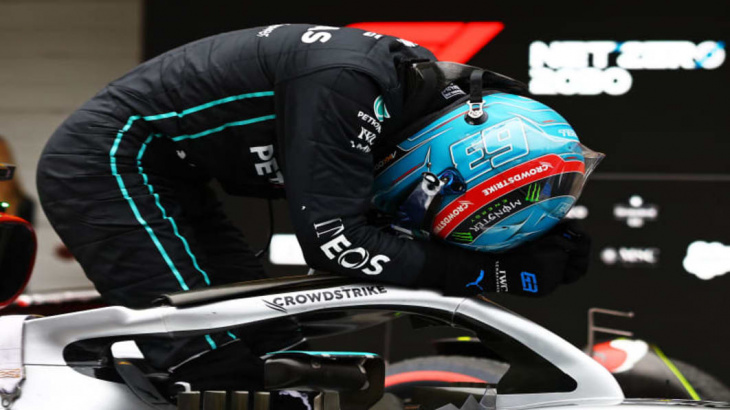 SAO PAULO — Chased to the end by his teammate Lewis Hamilton, Mercedes driver George Russell won his first race in Formula One on Sunday at the Brazilian Grand Prix.

It was also Mercedes’ first GP win of an otherwise disappointing season with Hamilton making it an impressive 1-2 for the team in a statement of intent for next season.

The 24-year-old Russell dominated the race in Sao Paulo from the start, which had him in pole position on the grid. He had seven podium finishes before Sunday’s victory.

Hamilton, who started second, had dropped to eighth after his car made contact with Max Verstappen’s Red Bull on the seventh lap. The Dutchman was given a five-second penalty and finished in sixth place.

Verstappen and his Red Bull team have already been crowned F1 champions.

The Brazilian GP was the penultimate race of the season ahead of Abu Dhabi on Nov. 20.

Texas is hot below ground and full of folks with oil and gas drilling expertise, so that makes it ripe for a geothermal energy boom, according to a new study from researchers at five Texas universities. Researchers from The University of Texas at Austin, Southern Methodist University, Rice University, ...

Peugeot’s genre-busting, high-riding 408 fastback has been approved for sale in Australia in both petrol and plug-in hybrid guise. The company has already confirmed it will launch the 408 locally in 2023, but wouldn’t be drawn today on more specific launch timing or what the local line-up will look like. ...

Twelve arrest warrants were issued for the rider following a meeting with police at their home.