No this isn’t a screengrab from Dune: Part 2, it’s the all-new and improved Audi RS Q e-tron E2 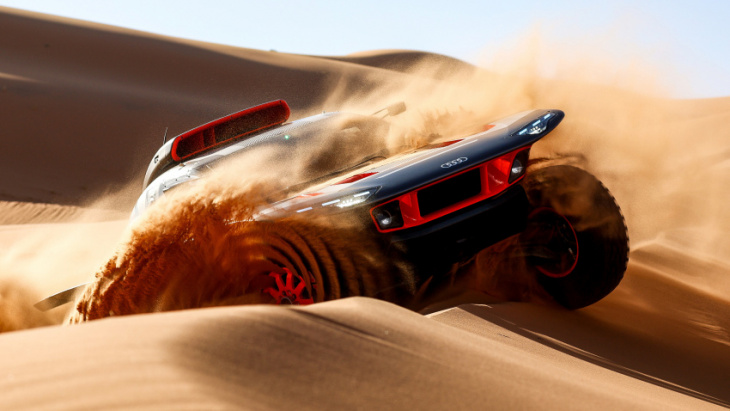 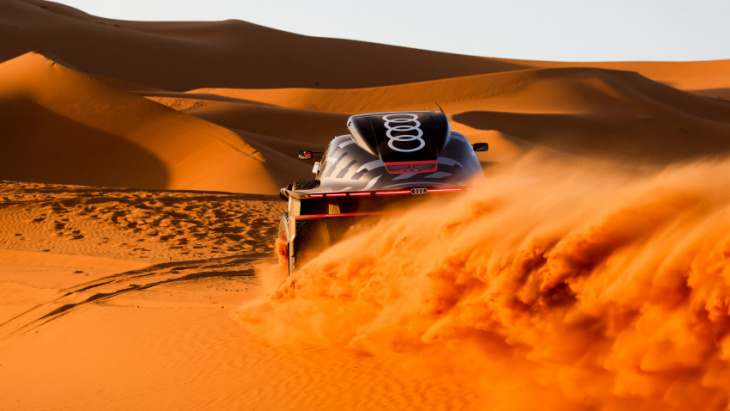 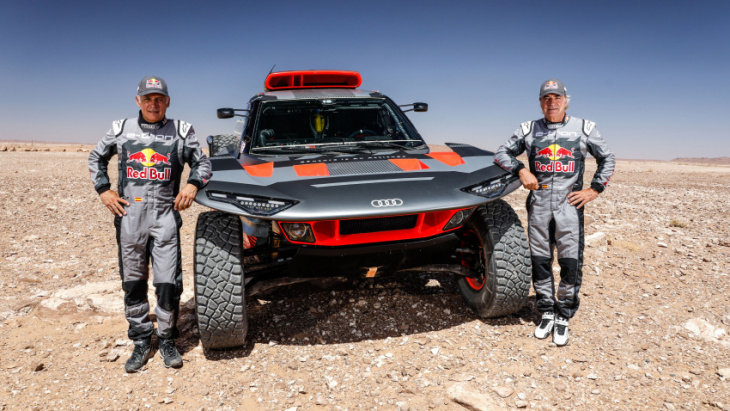 The Audi RS Q e-tron is going back for another crack at the Dakar Rally in 2023, but not before the new ‘E2’ version of the petrol-electric off-roader has been meticulously put through the wringer.

We say ‘new’ and we mean it: although the look is much the same as before, every single body part is new, while drag has been reduced by 15 per cent to boost efficiency.

‘Several dozen kilograms’ have been stripped out too, with the centre of gravity being lowered for obvious performance and handling advantages. Top speed remains 105mph though, as dictated by the rulebook.

Anyway, the RS Q e-tron E2 is set to make its racing debut at the Morocco Rally on 1 October, and so the team – and all six of its drivers and co-drivers – have arrived early to put the machine through its paces. Over nine days it’s clocked up 4,218km, in addition to the thousands of kilometres it had done in Europe before being shipped to Africa.

“Our plan was to have nine days of testing so that each driver/co-driver pairing could work with the test vehicle for three days,” says Arnau Niubó Bosch, the team’s project leader track operations. “There were two main objectives: to develop the second evolution for the Dakar Rally and to familiarize the driver teams with the new developments.

“The weight reduction creates new opportunities for suspension set-up, which we want to exploit. We are moving in a good direction. The electric drive with all its systems is also working more smoothly than at the test a year ago.”

Meanwhile, Carlos Sainz (Senior, not Junior) observed: “Not only the weight, but also its distribution is more favourable now. As a result, the car drifts less, it feels more agile and it’s easier to control.”

Ominous words. And although it’ll be raced in anger in just over a week’s time the main goal is of course the Dakar Rally in 2023. Watch this (rather large and barren) space…