It's the third and final concept in the series. 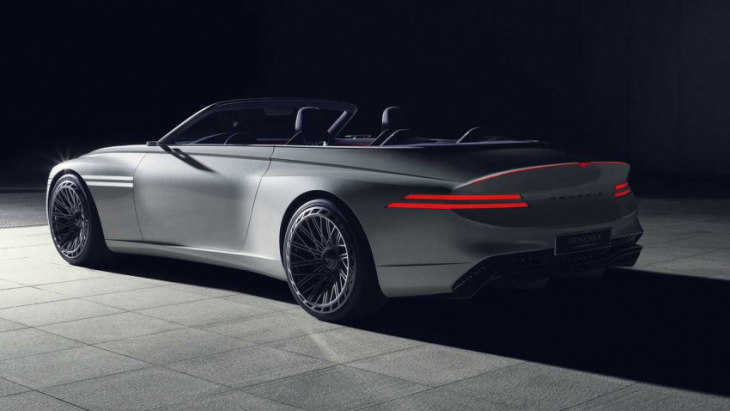 The Genesis X Convertible is the final design in the Korean automaker’s X series of two-door concepts, after the initial X Concept coupe and the X Speedium Coupe two-door shooting brake. The latest design study is, as its name suggests, a drop-top version of the same vehicle, which is very fitting given that it is inspired by California and even more so since it was also where it was unveiled.

Genesis didn’t change much about the vehicle, other than removing its roof. It still has the same classic grand tourer proportions, with the long hood and passenger compartment set quite far back. This isn’t needed, of course, because the X Convertible concept is an electric vehicle, yet this type of look conveys luxury and presence. 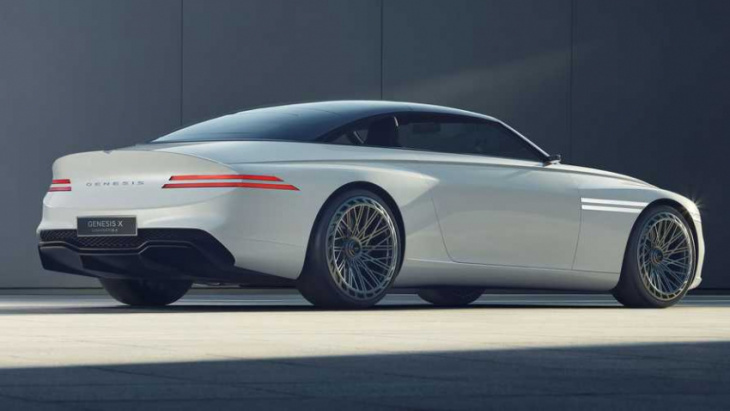 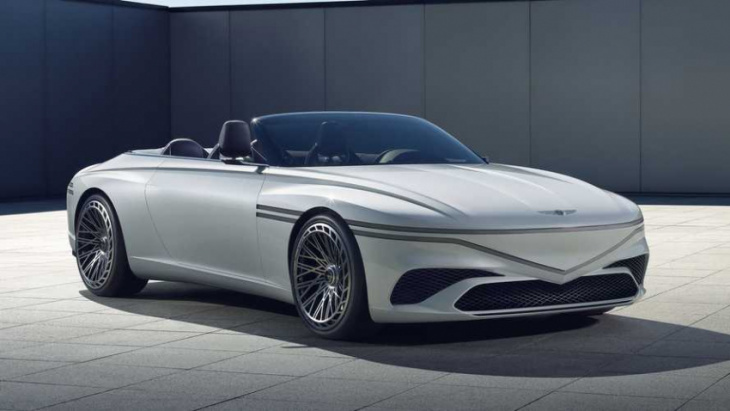 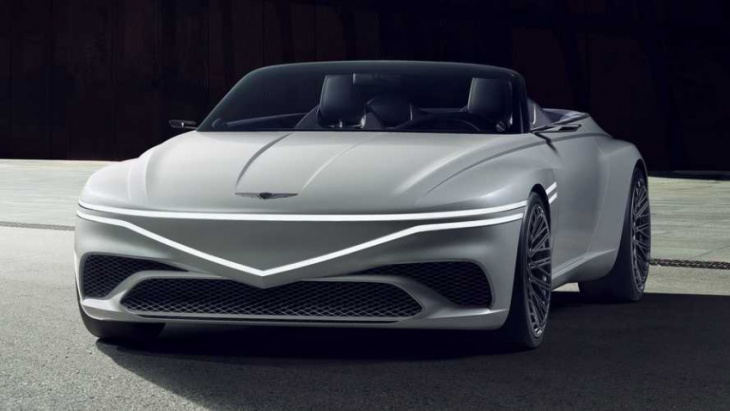 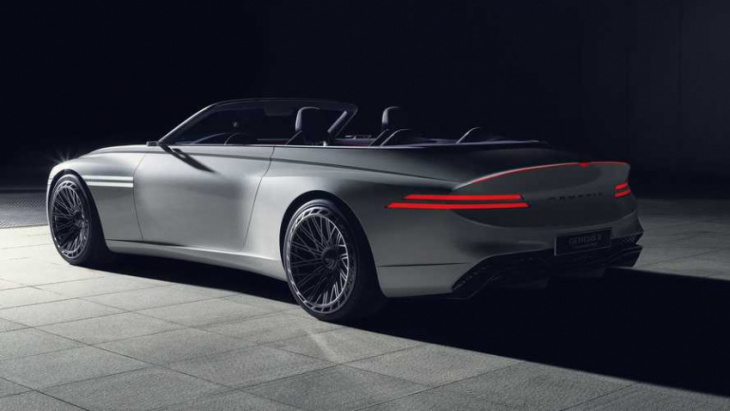 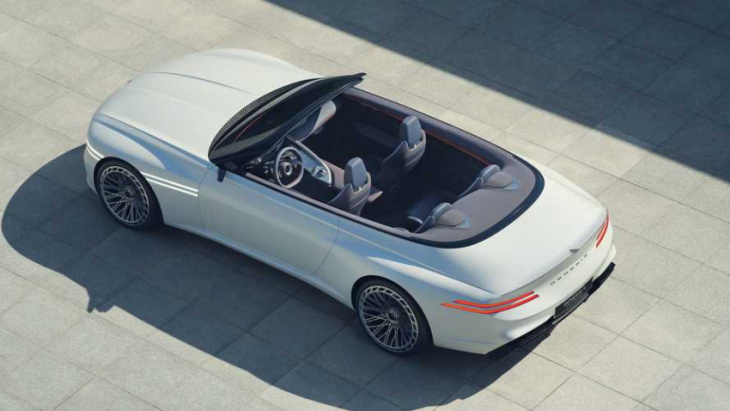 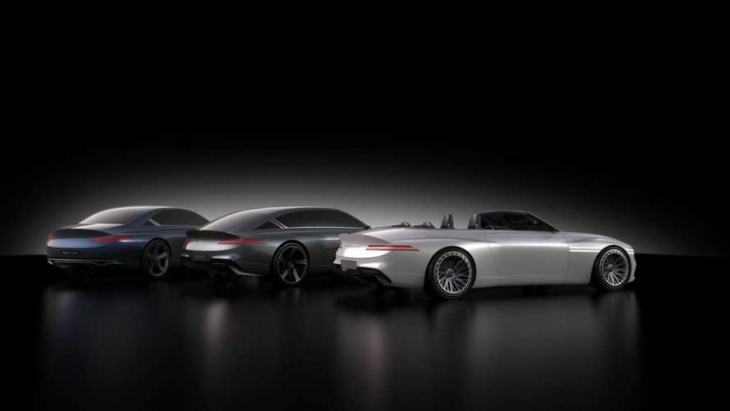 Viewed from above, Genesis says the vehicle has a ‘Coke bottle’ appearance, with its wheels pushed outward and the body stretched around them like you might see on the sporty version of some German coupes and sports sedans. Genesis also kept its now trademark lighting signature, with LED strips running all the way back along the fenders to the door seams and then are continued by the taillights.

The interior is carried over from the other concepts, so it has the same restrained, almost retro look to its wrap-around dashboard. The connection to traditional grand tourers is emphasized by what appears to be a rev counter in the middle of the driver’s display – it’s actually more of a power gauge, but it’s been designed to look like something you might expect to see in a Corvette gauge cluster.

It is the normal development of Genesis to increase the athletic and emotional facet of our design philosophy by creating an emotional trilogy: the X family.

Innovation is the catalyst to becoming more engaged with the environment around us. We are in the process of transitioning Genesis into a company that will deliver products for customers to enjoy.

The Genesis X Convertible also looks good with its roof up. It’s a folding hardtop made up of glass panels, including above the passenger compartment. There’s also a bit of a speedster vibe about the concept with the fairly short windscreen and visible kink where its roof meets the A-pillar.

It’s also the sportiest looking out of the three concepts, undeniably helped by its unique wheels, which unlike on the previous two versions don’t look like they are from a GT car. They actually wouldn’t look out of place on a high-performance coupe from Mercedes or BMW.

2022 Genesis G70 Review: When the Porridge is Just Right

The lifted Porsche 911 Dakar finally made its debut at the 2022 Los Angeles auto show. With a raised ride height, all-terrain tires, and a price of $223,450, it just might be the coolest production car Porsche will make next year. Unfortunately, only 2,500 Dakars will be made for ...

Autoblog Podcast #756 Get The Podcast In this episode of the Autoblog Podcast, Editor-in-Chief Greg Migliore is joined by Senior Editor, Green, John Beltz Snyder. The Los Angeles Auto Show wrapped up this week, and we talk about some of the highlights from the show, and the events surrounding ...

Credit: Genesis Genesis, the luxury vehicle division of South Korean automaker Hyundai Motor Group, has unveiled the third of its Genesis X Concept electric vehicles, taking the lid off the X Convertible in California. As part of the company’s continuing efforts to highlight the importance of its design language, ...

Hyundai’s luxury spinoff has completed what nobody expected to become a series, unveiling the third model in its ‘X’ concept range: the X Convertible. JUMP AHEAD Which of these three concepts do you prefer? Tell us in the comments below. The story to here August 23: Genesis X Speedium ...

Genesis has unveiled its Genesis X Convertible concept vehicle, and if this is the future of Genesis design, everyone should be excited. Unbeknownst to many, Genesis has been undergoing a radical design revolution over the past 5-10 years, and it is clear that they intend to compete with the best. ...

Hyundai Genesis Crashing Into Curb Is A Colorful If Costly Spinout

Tesla Model Y Vs Genesis GV60 Performance: Which Is Quicker?

Experts Only Recommend the Most Expensive 2023 Genesis GV80 Trims

Tesla Model Y Vs. Genesis GV60 Performance: Which Is Faster?

How Much Does a Fully Loaded 2023 Genesis Electrified G80 Cost?

Hyundai, Kia, and Genesis will offer a 'pay-to-play' vehicle feature subscription service from 2023

All Hyundai, Genesis, Kia Models To Support OTA Updates By 2025

Hyundai, Kia and Genesis to launch over-the-air updates across entire line-up by 2025

Cars, but not as we know them: Hyundai, Kia, and Genesis to become 'Software Defined Vehicle' brands from 2025