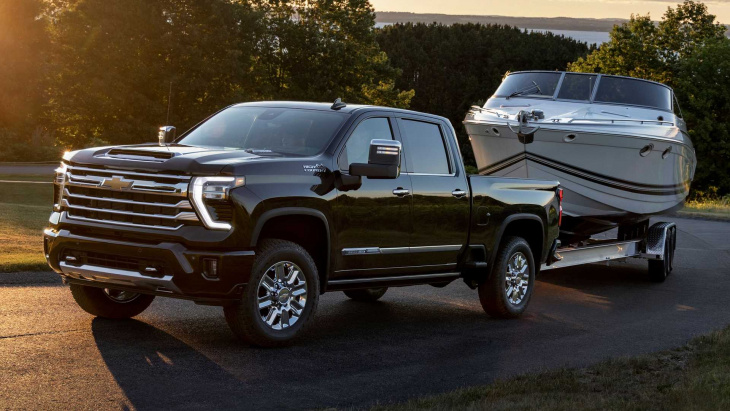 General Motors is one of the automakers that have the most ambitious EV strategies. The manufacturer wants to beat Tesla in its own game by the middle of the decade but apparently, that doesn’t mean GM will abandon the internal combustion engine. In fact, a company executive currently confirmed the ICE is here to stay for the years to come and GM will continue to rely on its services.

GM President Mark Reuss recently gave an interview to Fox Business ahead of the company’s investor day presentation in New York. He told our colleagues General Motors is not ready to leave the traditional mainstream segments where models with combustion power are still dominating sales by a wide margin.

“The ICE age is not over,” Reuss told Fox Business. “We’re not going to abandon our internal combustion engine segments. We’ve got truck leadership with GMC and Chevrolet. We’ve got it across our midsize trucks, our full-size trucks, and then beyond.”

If you’ve been following the automotive industry more closely in the last few years, you won’t be very surprised by Reuss’ statement. More and more automakers are strengthening their combustion-powered portfolios to keep earning money and start investing in electric vehicles. In GM’s case, the company wants to pour around $35 billion into EV and autonomous technologies by the middle of the decade.

In February this year, the automaker’s CEO Mary Barra declared General Motors had plans to deliver about 400,000 electric vehicles in North America through 2023 and up to one million EVs in the region through 2025. However, the rapidly changing automotive industry forced GM to change its forecast, and during the Q3 2022 earnings call on October 25, Barra changed the timeline to the first half of 2024 – or six months later than initially planned – for the first goal.

In the new interview, Reuss commented on when he expects the investments in the EV sector to start bringing fresh money and that year is 2025. “Then we begin to make money on EVs and the margin structure becomes very good.”