The Big Three automaker has started repairing Tesla's EVs at its dealerships, and the business is growing. 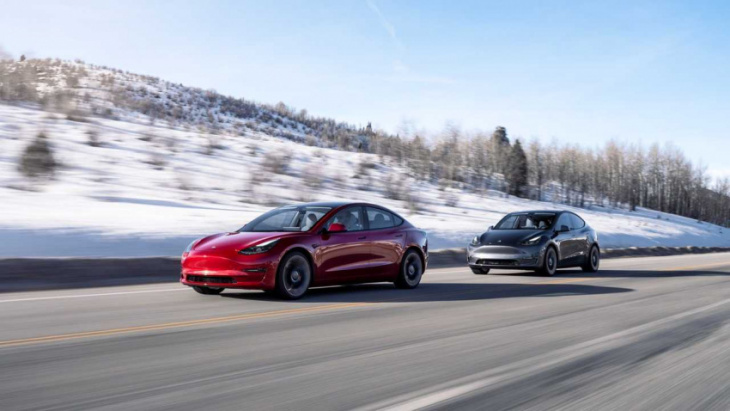 Tesla repairs its own vehicles at its various Service Centers and also relies on mobile repair technicians who will come to your home or place of business. However, this doesn’t mean you can’t get your Tesla repaired elsewhere. How about a local General Motors dealership?

We do know many Tesla owners who don’t live near a Tesla Service Center, and they’ve taken their cars to a local shop or dealership. To be clear, while Tesla handles its own repairs, it doesn’t handle most collision repairs, though it’s starting to take on more. Tesla’s collision repairs are typically handled by a Tesla-certified collision shop.

According to a recent report published by Teslarati, General Motors is now servicing Tesla’s vehicles at its dealerships, and the automaker actually sees it as a growing business. The new business for the Big Three automaker may not only help Tesla owners by providing more convenient repair options, but also get GM’s dealers ready for a future of repairing EVs. During GM’s recent Investor Day 2022, President Mark Reuss shared via Teslarati:

“That’s a growing business for us. I gotta say it’s a new business.”

While some folks may be thinking that any legacy dealership could be repairing Tesla’s EVs, and that GM’s entry into this business is no big deal, a closer look suggests otherwise. GM claimed that it has already repaired some 11,000 Tesla cars and SUVs to date.

The automaker has said many times in the past that most people in the US live within 10 miles of a GM dealership. For this reason, it makes sense that Tesla owners may check in and see if they can get their cars serviced. Moreover, there are many GM fans who own Tesla vehicles.

While this is likely true of many other brands, it has been especially common over the years to learn that Chevrolet Volt owners graduated to a Tesla EV. Moreover, we are aware of multiple people in the Detroit area who own either a Chevrolet Volt or Bolt EV, along with a Tesla Model 3 or Model Y. We don’t have access to any specific numbers here, but it is safe to say that there are GM fans who also own Teslas, and there are certainly Tesla owners who live near GM dealerships.

As Tesla grows exponentially and works to keep up with its service centers and other facets of its business, GM’s dealerships can likely pick up some of the slack while benefitting in a number of ways.