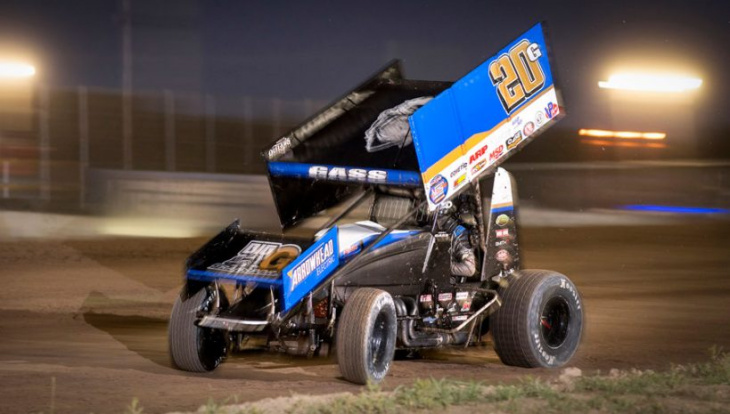 CONCORD, N.C. — When Noah Gass announced his intention to join the World of Outlaws NOS Energy Drink Sprint Car Series full time back in January, he knew there already naysayers who thought he couldn’t last all season — but he also knew he would prove them all wrong.

It was a sudden, yet calculated decision to take the Ran-No-Gass Racing No. 20G on the road with The Greatest Show on Dirt — with only a handful of 410 sprint car stars prior — but it was never a one-year pipe dream. This was a team with the heart and the desire to prove they belong long-term racing with the greatest sprint car drivers in the world.

That’s why Noah, his father Randy Gass, crew chief Cody Cordell and car chief Robby McQuinn are already looking forward to beginning their sophomore season in 2023, which will begin at Volusia’s DIRTcar Nationals on February 9-11.

“It was without a doubt the toughest thing I’ve ever done in racing, but it was also the most rewarding,” Gass said, looking back on his 2022 effort. “When they say you’re going up and down the road to get your teeth kicked in and butt kicked for 90 straight races, they’re not kidding. I think more than anything I realized how much mental toughness it takes — from everyone on your team. There are a lot of lessons to be learned from February to November, though, and I think we did our best to soak those all in.”

Having started in 32 of 69 features in 2022, the 19-year-old newbie continually improved throughout the season-long, coast-to-coast grind. From DIRTcar Nationals to The Dirt Track at Charlotte’s World of Outlaws World Finals, Gass faced 30-plus new-to-him race tracks as he journeyed to Pennsylvania for the first time and made his West Coast debut, among other new challenges.

A graduate of the micro sprint and midget ranks, Gass found his biggest successes of the season in familiar territory as he returned to Midwestern venues where he already owned valuable experience, setting the stage for higher hopes next year.

He was a top-10 finisher twice this year, driving from 17th to 10th at North Dakota’s River Cities Speedway in June. He then scored a career-best ninth place result during the Ironman 55 at Missouri’s Federated Auto Parts Raceway at I-55.

“It’s hard to see the progress and growth while you’re in the thick of things, but I know without a doubt how much that kid has improved,” crew chief Cody Cordell said. “It’s really easy to get down on yourself out here, so for me working on Noah’s confidence has been just as crucial as sharpening his skills. He’s got the drive, the passion, and the tools to figure it out as a racer with more and more laps, so I know we’re getting there on that end.”

One of only two Kevin Gobrecht Rookie of the Year contenders to finish the entire season — along with award winner Spencer Bayston — Gass ended up with a 12th place finish in the championship standings during his maiden attempt. He also collected his first-career NOS Energy Drink heat race win at Jackson Motorplex, earned four KSE Hard Charger Awards (third-most) and topped two Micro-Lite Last Chance Showdowns this year.

“As cliche as it sounds, like Cody Johnson said, we’re going to take our chance and chase this dream ’til we can’t,” Noah continued. “My dad [Randy Gass] has been my biggest supporter and I can never thank him enough for allowing us to hit the road and really give this a run. You know Cody [Cordell] and I like to butt heads a lot, but it’s only because we’re both so passionate about this. I wouldn’t want anyone else by my side between him and Robby [McQuinn] and everything they do for me.”