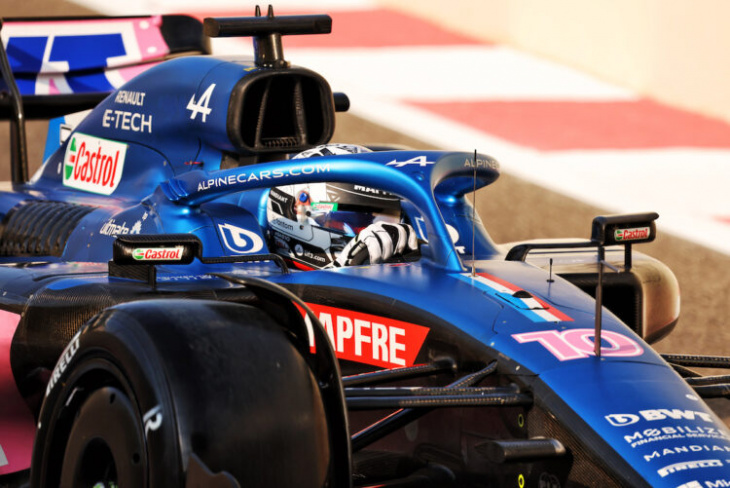 After completing his first day as part of the Alpine Formula 1 team, Pierre Gasly says he understands why it finished the 2022 season fourth in the standings.

Gasly tallied 130 laps throughout the nine-hour session as he started his transition from AlphaTauri to Alpine.

The Frenchman endured a difficult 2022 campaign with the Red Bull sister squad, who ended the year ninth in the Constructors’ Championship.

Gasly says that his maiden day with his new team went as smoothly as he would’ve hoped, despite admitting to some surprises during the early part of the day.

“But we managed to get everything we wanted to, very quickly I felt comfortable in the car and I understand now why they finished fourth in the teams’ championship and it all makes sense to me. So I’m very excited for what’s coming.”

Gasly ended the test session fourth on the timesheet, behind three Ferrari cars that led the way.

Having sampled the A522 car that took Alpine to fourth in the standings, he says he understands why it finished in the top half of the order this year.

“I can definitely spot some very good strengths from this car and the potential it has,” he said.

“As I said, they finished fourth in the championship for a reason and now I understand this reason, just from the package and the way the team operate, the engineers in their mindset and the philosophy there is in the team.

“So far I’ve been very pleased with this first interaction with the guys and from today could not have hoped for a better first day with Alpine.”