The big question that comes from the FIA researching a spec wheel arch design that could be fitted to Formula 1 cars in the rain in order to keep spray from the tyres to a minimum level is this one: “What is an open-wheel formula and what is a closed-wheel formula?”

Yes, the front wheels do have an impact on the driver’s immediate view, but it is the rear of the car that sets up most of the spray.

That’s why pole position is the best place to be whether it’s wet or dry. If you look at the spray behind Sebastian Vettel’s car in the picture below and think of it as turbulence, you can see what the drivers have to put up with. 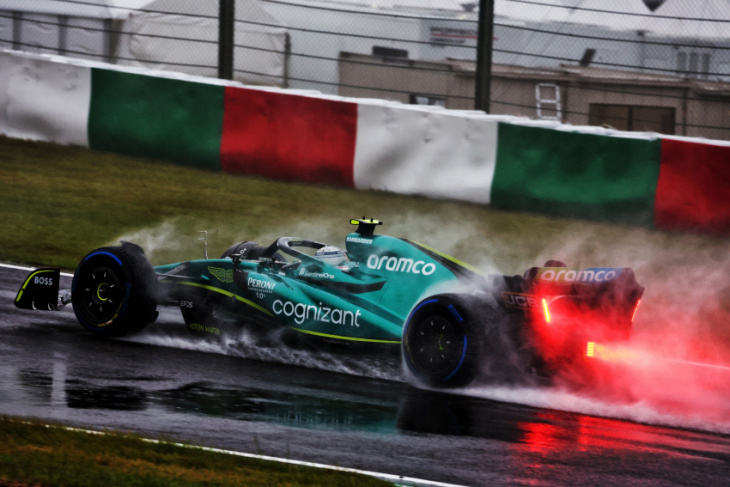 To state the obvious, the big problem in these conditions is there’s a lot of water to deal with. Doing something only with the front wheel arches would have about the same effect as a single drop of milk in your coffee, so unless you legislate covers for all four wheels then there is very little to gain. So if this idea is adopted, it will have to be for all four wheels.

On the front tyres, the wheel arches would need to be wider, to the outside of the tyres as a minimum and also reach further forward and rearward.

Any arch design would need to generate outwash to get that water away from the driver’s vision, which is a step backwards in what these new aero regulations were all about.

Making the wheel arches a spec part, as the FIA is considering, is not productive. We all feared that these 2022 regulations were going to be very prescriptive so if there has to be something defined for the wheel arches then a simple extension of how the regulations are currently conceived would be the best route: set the objective and allow the teams to come up with their own individual solutions.

In terms of a design that could be quickly and easily fitted to the car, having something that is only used in the wet is a waste of time. If it starts raining during a race or session, we don’t want to have to stop, change tyres and fit wheel arches.

If that was to happen, it would be like some of the older cars we used to see with pop-up headlights! To me, this just showed that aerodynamics or aesthetics didn’t matter at night when you needed to see. 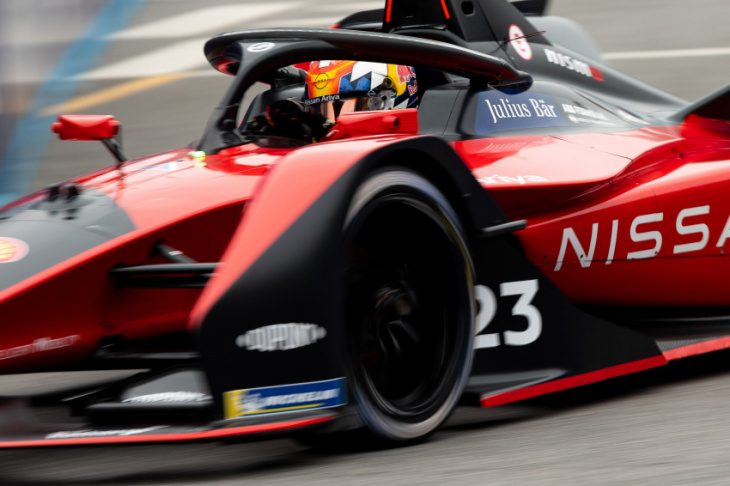 Wheel arches would certainly have a negative effect on the aerodynamics, but it wouldn’t ruin them completely. This is why defining it very tightly, but allowing the teams to optimise it to suit their car would be the best way to do this.

The desire to avoid hindering pitstops is positive, but having wheel arches would definitely make you think more about your strategy. Without doubt, any extension on what the teams currently use will get in the way. But it’s the same for everyone and they will get around it.

It’s the rear of the car that generates the main spray. What else should you expect if you have a projectile with a cross-section area of around 1.5 square metres travelling through the conditions leaving a turbulent wake of air and water behind it? Sometimes you have got to live with what you have got and even fully-enclosed sportscars leave turbulence and spray behind them.

Overall, it’s hard to see this working as intended. If the objective is to make sure we can keep racing or run a practice session when it is bucketing it down, the simple answer is for larger-diameter front and rear wets. That will give cars more ground clearance, which is what matters given visibility is always going to be a problem in wet conditions.

Currently, they are about 10mm larger but I’m talking 50mm larger diameter to get the car out of the water and reduce the chances of chassis aquaplaning. Yes, it will ruin the aerodynamics under the car but it’s the same for everyone. Intermediates could be kept similar to the 10mm increase that we have for the current wets.

Then it’s down to the tyre manufacturer to come up with a tyre that can cope with a typical flooded track. For full wet conditions, you should be able to drive on a track that has a certain level of water. It might only be in certain areas but unfortunately that is the worst case. They can simply be defined in millimetres of water and using simulation the tyre manufacturer would need to prove that the tyres can cope with a certain level through the car’s speed range.

But the problem is going to be there whatever happens. If you have a large amount of water on the track, reducing spray is going to mean it takes it longer to clear as more will stay in the air and fall back onto the track surface.

If you’re going to attempt to make F1 cars into temporary closed-wheelers then why not just commit completely to it and ban open wheels? And that brings us back to the question of what is an open-wheel racing car – and more importantly whether F1 should move away from that.