The pilot program runs through February, 2023, and will help Gachaco determine its future swapping infrastructure rollout. 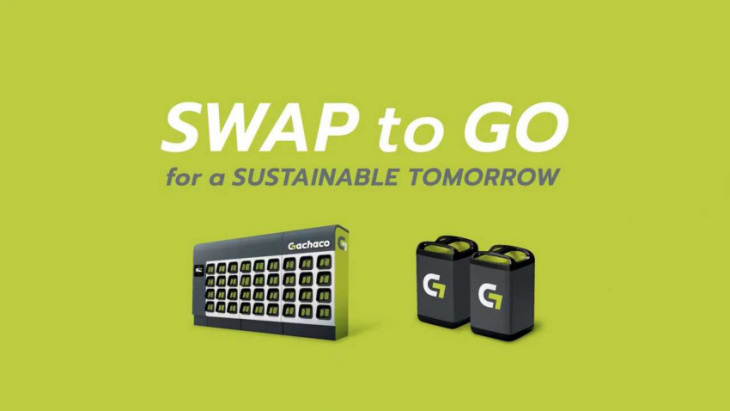 Remember Gachaco? Back in April, 2022, Japan’s big four motorcycle OEMs formed this company in partnership with Japanese petroleum company Eneos, expressly for advancing all aspects of standardized swappable battery adoption. From the batteries themselves to the infrastructure needed to support them, that’s what Gachaco is all about.

Throughout the demonstration period that these stations are installed, Gachaco will be collecting and analyzing data, in order to learn how best to deploy future charging station infrastructure in ways that best serve riders in the near future. Since this is new territory, Gachaco wants to establish guidelines, as well as establish ways that the existing hardware can be used, as well as any improvements that can be made.

The Tokyo location will be at the Honda Aoyama Building, during the normal business hours of the Honda Welcome Plaza Aoyama complex. Those hours are currently set at 10:00 a.m. through 5:00 p.m. local time.

The Osaka location will be at Honda Dream Toyonaka, and the Gachaco station there will be available 24 hours a day throughout the testing period. We know that the purpose of tests like this is to gather hard data, but we’re also pretty sure that users will prefer the ability to swap batteries 24 hours a day instead of only during working hours.

Gachaco is the battery-swapping consortium in Japan, involving Honda, Kawasaki, Suzuki, and Yamaha. Over in Europe, the Swappable Batteries Motorcycle Consortium was founded by Honda, KTM, Piaggio, and Yamaha—and as of September, 2022, had grown to include 21 members who most recently had a meeting around EICMA time in early November.

There’s some overlap in members between the two battery-swapping groups, as you can see. It’s unclear at this point what relationship, if any, the two consortia may end up having in pursuit of their similar (and possibly overlapping) goals within these two regions. As and when additional information becomes available, we’ll be sure to keep you updated.