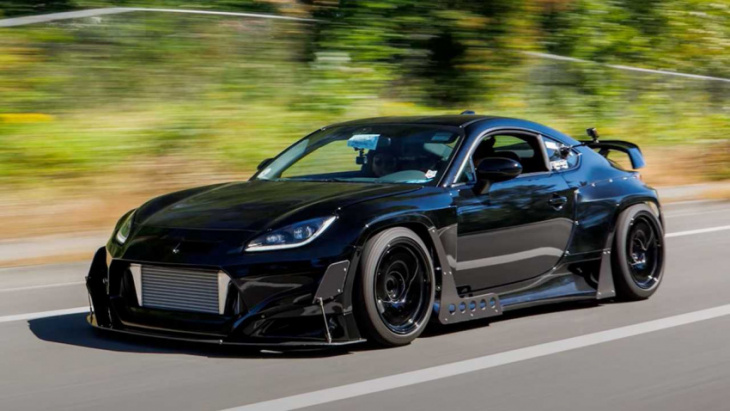 Most engine swaps we’ve encountered involve an old car or a fairly used one, then given a heart transplant with a more powerful motor. But this one’s different – a brand new Toyota GR86 with a 2JZ engine, put under the limelight courtesy of Larry Chen on YouTube.

So how new was this Toyota GR86? Well, it only had four miles from the factory. According to the owner, Jeff Woodruff, he had a hard time finding the specific GR86 for his new project. After finding one, he specifically gave instructions to the dealers to not drive the car around. In fact, it didn’t have holes for the license plate when he picked up the car.

After taking the GR86 home, Woodruff immediately swapped its 2.4-liter boxer engine with a 2JZ-GE engine from a Lexus IS 300 sedan. He didn’t even drive the car around or for a quick coffee run, which is pretty cool if you ask us.

The 2JZ-GE engine is fairly stock and Woodruff didn’t have a hard time fitting it inside the engine bay. There were some adjustments needed for the transmission but he said there was enough wiggle room. Speaking of the transmission, he’s using a Toyota W series manual gearbox from a Mark IV Supra.

For the engine power, Woodruff said that the 2JZ is sending 500 horses to the wheels using pump gas

While this might be the first GR86 with a 2JZ engine in North America, it isn’t the first in the world. In fact, Woodruff admitted that he got the inspiration from Daigo Saito, who built two drift cars in Japan with the same setup. Both of Saito’s builds come with Pandem aero kits by Tra-Kyoto, which Woodruff also took inspiration from for his build.