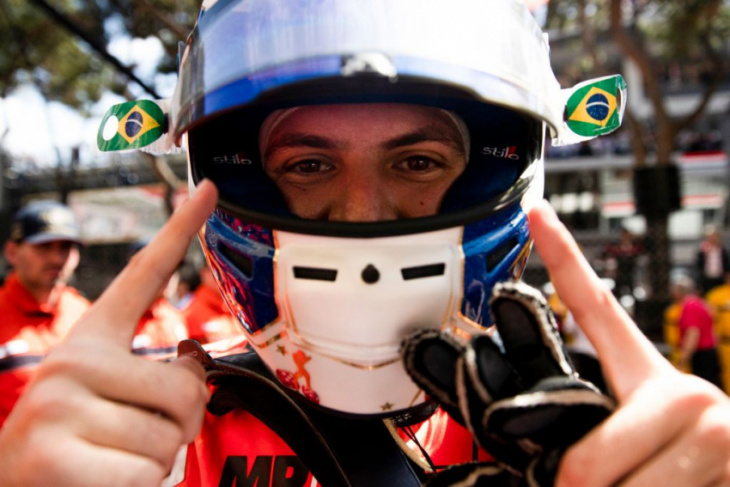 Drugovich will join Aston Martin’s new young driver development program, announced by the team on Monday, and will also act as one of its reserve drivers. Drugovich, 22, clinched this year’s Formula 2 points title at Monza on Saturday, with three races of the season remaining. He has scored five victories and has 241 points, 77 clear of points runner-up Théo Pourchaire, with the rest of the field even further adrift. 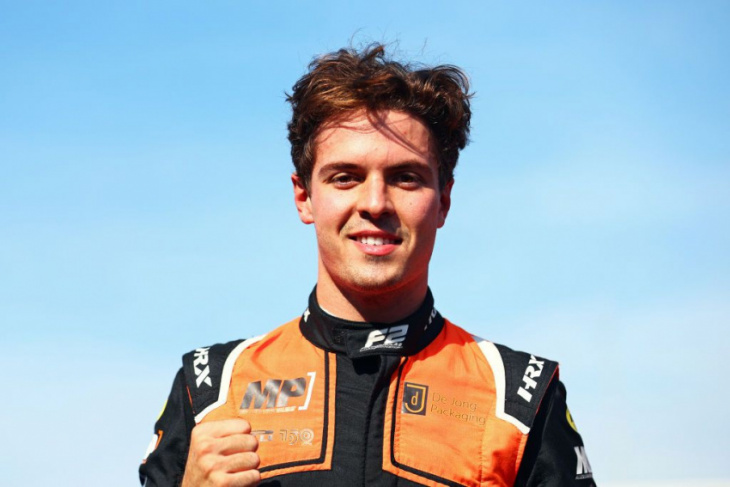 Felipe Drugovich has parlayed a F2 championship into a reserve role with the Aston Martin F1 team.

Drugovich is a rarity among recent junior front-runners in that he is not aligned with one of the many Formula 1 driver programs. He had been striving to secure one of the remaining 2023 race seats, though has not been considered a front-runner for any of them, and instead turned his attention to a reserve role.

As part of his Aston Martin deal, Drugovich will participate in the opening practice session at the season-ending F1 Abu Dhabi Grand Prix, ticking the regulatory box for Aston Martin, and will also take part in the young driver test after the race.

Drugovich will also have an extensive test program in Aston Martin’s 2021-spec car through 2023.

“Becoming a member of the AMF1 Driver Development Program is a fantastic opportunity for me—and only adds to what has been an extremely enjoyable and successful 2022 season,” said Drugovich. “Winning in Formula 2 has long been regarded as the best possible launchpad into a career in Formula 1, and I see my role at AMF1 as giving me all the tools to take that crucial next step.

“For me, 2023 will be a learning curve: I will be working with the F1 team, but my primary goal is to learn and develop as a driver. I hope that will give me an opportunity to race in Formula 1 in the future.”

Aston Martin team owner Lawrence Stroll outlined that the squad “has watched and admired Felipe’s path to success in Formula 2 this year, and we aim to provide him with all the skills and experience necessary to be able to take the next step in his career.”

Aston Martin’s current reserve, veteran Nico Hulkenberg, has been linked with a seat at Haas, in place of Mick Schumacher, as the youngster’s future remains unclear.

Brazil has not had a full-time Formula 1 representative since Felipe Massa’s retirement at the end of 2017. Despite the absence of a driver on the F1 grid, Brazil’s Formula 1 Grand Prix was in 2020 extended through 2025 while the country remains one of Formula 1’s biggest TV markets.

Formula 2 champions have had mixed fortunes in recent years.

Charles Leclerc and George Russell both graduated straight to Formula 1 after their respective titles in 2017 and 2018, but 2019 champion Nyck de Vries was unable to secure a seat, before making a surprise debut for Williams in Italy.

Schumacher, the 2020 champion, stepped up straight away with Haas but now faces a potential career crossroads, while 2021 champion Oscar Piastri took up an Alpine reserve role for 2022 and has signed a multi-year McLaren race deal from 2023.

Elsewhere Autoweek understands that IndyCar racer Colton Herta is due to participate in a private test with Alpine, likely in its 2021-spec car in Europe, during the gap between now and the next event in Singapore.

Red Bull is still striving to secure a Super Licence for Herta, who does not meet the threshold, as part of its plans to get the American an AlphaTauri seat for 2023. There has been pushback from rival teams on that development. Alpine has a vacancy for 2023 but Pierre Gasly remains a contender, though will only be allowed to leave AlphaTauri if Herta is able to get the Super Licence to replace him.

Zhejiang Holding Group (Geely Holding) has announced that it has acquired a shareholding in Lagonda Global Holdings (Aston Martin), representing 7.6 percent of the ordinary share capital of the ultra-luxury British performance brand. The amount of which Geely paid to acquire 7.6 percent share was not disclosed. Currently, has ...

It's not known how much the Chinese automotive conglomerate paid.

A classic V8 Vantage and a new DBS Superleggera 007 Edition were also auctioned in a special James Bond event for charity.

One of the eight Aston Martin DB5 stunt cars built for the 2021 James Bond film No Time to Die sold on September 28 for more than $3 million. The sale headlined a Christie’s charity auction held in honor of 60 years of James Bond films. The proceeds of ...

Aston Martin launches the DBX707 in Singapore Singapore – Here at TopGear Singapore, we love the numbers game. In most respects, big numbers are often attributed to great things. Biggest this, most powerful that, or most expensive whatever. The Aston Martin DBX707 is a prime example. It’s the fastest ...

Aston Martin denies Alonso will have number one driver status