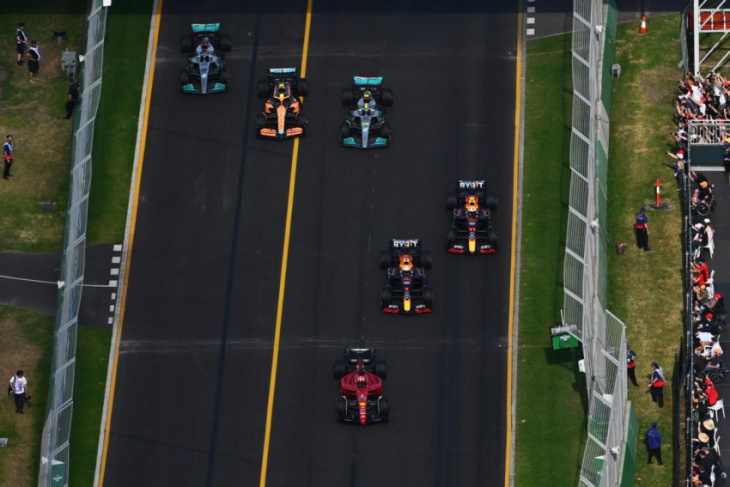 A 24-event schedule has been confirmed, making next season the longest in the world championship’s history.

The year will kick off in Bahrain in early March before heading to Saudi Arabia for Round 2.

As revealed by Speedcafe.com, the Australian Grand Prix will mark the third stop on the calendar on April 2.

From there, China makes a return for the first time since 2019 while Azerbaijan’s slot has been moved forward into late April.

Miami and Canada remain standalone events in North America, the former as Round 6 in May and the latter Round 10 in mid-June.

Monaco retains its traditional end-of-May date as the middle leg of a triple-header that starts with the Emilia Romagna Grand Prix and ends in Barcelona in early June.

The Belgian Grand Prix on the last weekend of July marks the final round before the summer break, with racing resuming at the end of August with the Dutch and Italian Grands Prix running back-to-back.

From there, Formula 1 leaves Europe for two events in Asia, first in Singapore and then Japan, before heading to Qatar.

Four races in the Americas signal the run to the flag with the United States Grand Prix followed by the Mexico City, Sao Paulo, and Las Vegas events.

Abu Dhabi will once again round out the year, the chequered flag falling on November 26.