F1 in Miami, Austin, and Las Vegas are all set for next year.

The 2023 Formula 1 calendar is here. The FIA confirmed in a vote today the record-breaking 24-race schedule for next year, which adds a race in Las Vegas as the penultimate round in the championship. 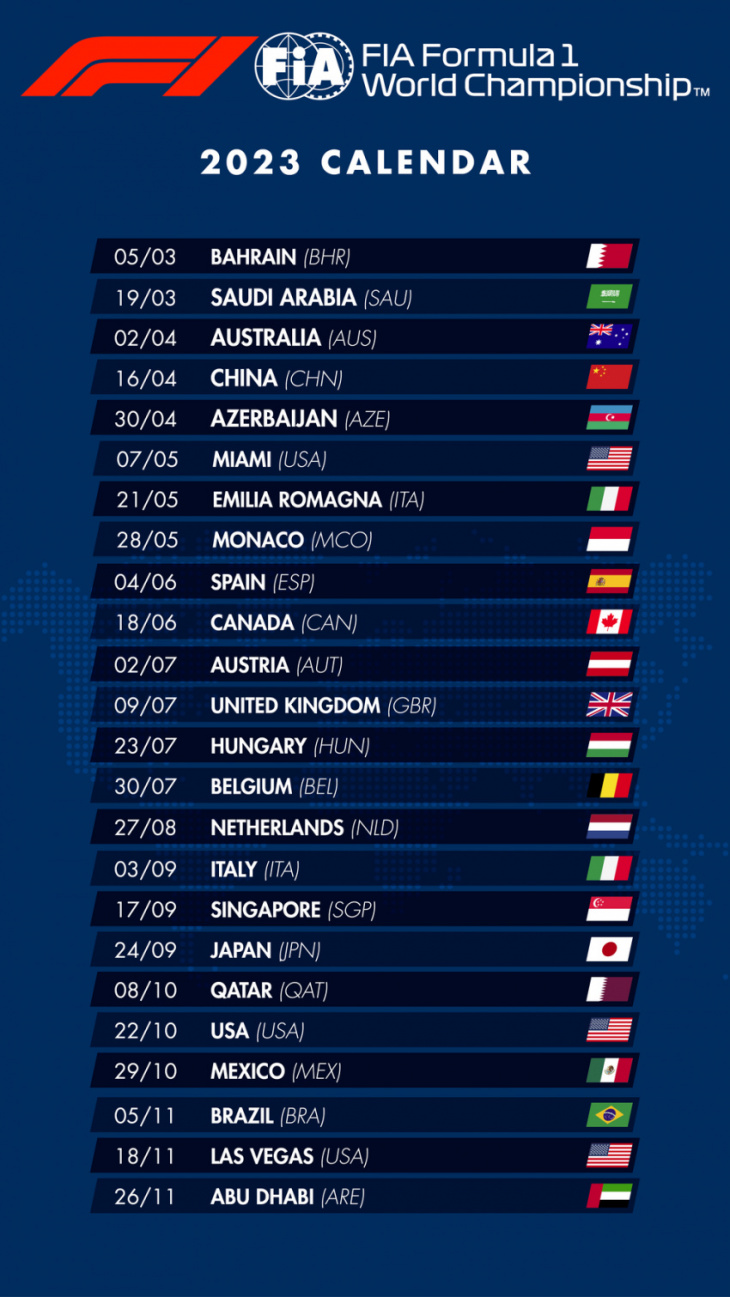 As with 2022’s calendar, the season will start in early March in Bahrain and end with Abu Dhabi in late November. The Las Vegas race will be the second-to-last event, happening the week prior, on November 18. The Miami Grand Prix makes a return for its second year, happening on May 7. The United States Grand Prix, happening in Austin will go down on October 22.

The packed schedule means even less time for teams to travel, fix cars, and make meaningful updates between races. It also means less off time for drivers throughout the year. There’s a race every weekend through the month of July, with most other months throughout the season having two to three races. The biggest break will come between the Belgium Grand Prix, happening on July 30, and the Dutch Grand Prix, happening on August 27.

Speaking of the Belgian Grand Prix, its scheduled date lands on the same weekend as Spa’s iconic 24-Hour endurance race, which was confirmed by the GT World Challenge series all the way back in July. Something tells us the enduro folks will have to amend their calendar to accommodate the all-imposing top-level open-wheeler series.