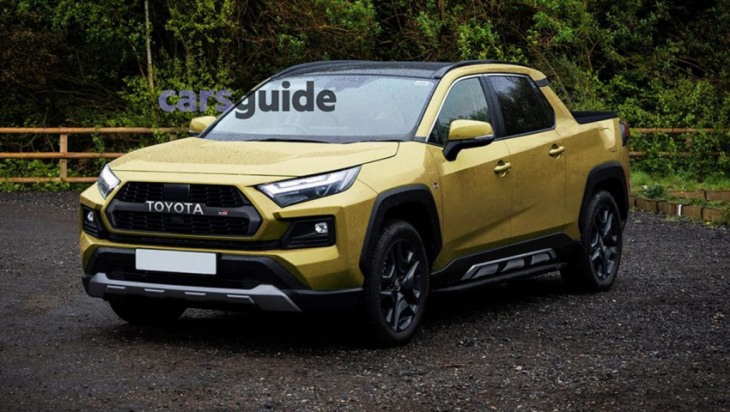 The Toyota RAV4 is rumoured to be the front runner in providing the basis for the expected sub-HiLux ute, due in about 2024.

Said to be smaller than the US-built HiLux’s slightly larger sibling, the Tacoma, the as-yet unnamed pick-up could debut as soon as later next year in North America as a 2024 model year.

According to a video released by US automotive technology channel Velocity last Friday, more information on Toyota’s Ford Maverick rival is expected to be revealed at a Toyota conference early in the new year, outlining details about size, packaging and engineering.

“It’s possible that the next Toyota pick-up truck with small loads won’t come out until 2024,” the Velocity report said.

“Additionally, it was disclosed that Toyota will most likely provide additional information regarding the new compact vehicle during the automaker’s HQ Confidential Three event, which will take place in quarter one of 2023.”

The Velocity report follows on from quotes from high-ranking US Toyota executives made to Motor Trend back in June, supporting the brand’s intentions, as well as highlighting the choices that need to be made in terms of whether to go after the cheaper Maverick ute, or the Santa Cruz.

Leading these were comments from vice president of sales for the Toyota and Lexus brands in North America, Bob Carter, who retired from that position on June 30 this year.

“One of the spaces we’re looking at—that won’t be short-term—is where the compact pick-up truck is going,” he said at the time. “You have Santa Cruz and Maverick on the market, and it will be interesting to see [Volkswagen’s] Scout.

“[A compact pick-up] could be a possibility and something we continue to look at.”

Another senior exec, Toyota North America group vice-president of product planning and strategy, Cooper Ericksen, added that a car-based ute would most likely be more in line with consumer demands. The Maverick is based on Ford’s C2 architecture.

“If there’s a customer that needs a rugged, smaller body-on-frame vehicle, we can consider that,” he said. “But if it’s more for urban use and less extreme off-road, then it would make more sense to use the TNGA unibody platform.

“(Toyota) is actively looking into trucks smaller than the Tacoma… [and] we need more of an SUV with a bed concept.”

As we outlined in previous reports, the Toyota RAV4 is thought to be the ideal starting point for a Maverick rival, given its Toyota New Global Architecture: GA-K platform’s modularity and flexibility, underpinning a host of medium-sized models like the Camry, Kluger and Lexus NX.

The Maverick is based on Ford’s C2 architecture that can also be found underneath the Focus small car, Escape/Kuga medium SUV and North American-market Bronco Sport that’s heavily based on the Escape. To help keep prices down, it is only built in Mexico.

Of course, there is no guarantee that a Maverick rival from Toyota will end up in Australia, but the runaway success of the Ford in North America is difficult for any carmaker to overlook. 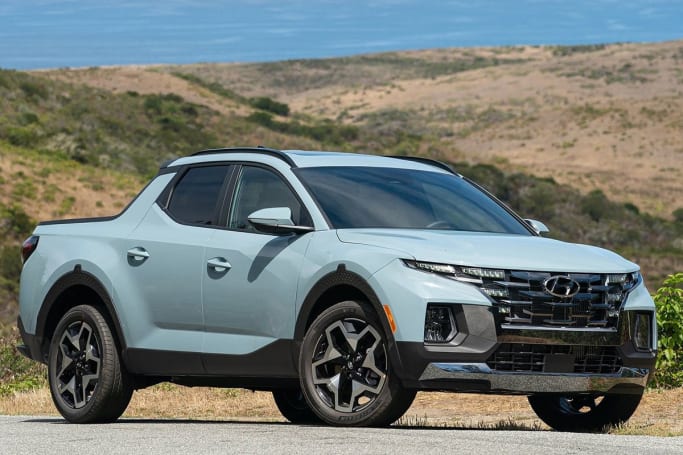 Ford Authority in the United States reported last week that Ford may close its order books for the 2023 model year Maverick by the end of this month (September), to help the company keep up with rising orders.

Additionally, demand is so strong for the white-hot Maverick hybrid version, which is actually the base engine, that the optional 2.0-litre non-hybrid turbo-petrol powertrain is being offered without the $US435 (circa-$A670) premium on all grades, to help even out the imbalance.

The Maverick hybrid’s success is clearly a sign of the times in America, as consumers react to rising inflation, higher fuel costs and considerable price jumps for medium and full-sized pick-up trucks like the Ranger and F-150 series. 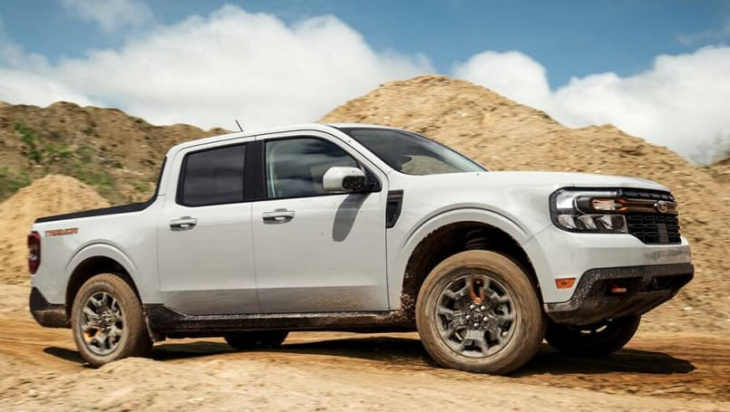 The Maverick is available with hybrid power.

From Australia’s perspective, this is all academic, as Ford Australia did not buy into the Maverick program several years ago when it was conceived as the North American replacement for the slow-selling Focus small car. Our understanding is that the vehicle was seen as a threat to the Ranger’s lofty sales position (and subsequent profitability).

Similarly, it is believed that Australia’s reluctance was also mirrored by Ford of Europe so as to not undermine Focus’ traditionally strong UK sales volumes, meaning that no right-hand-drive engineering was carried out for Maverick. As it turns out, consumers have spoken with their feet, abandoning the Focus in favour of small SUVs and – you’ve guessed it – recreational crossovers including pick-up trucks.

With Maverick’s meteoric sales making it the darling of the US auto industry this year, Toyota would be wise not to make the same judgment errors as Ford when it comes to its car-based ute’s global reach.