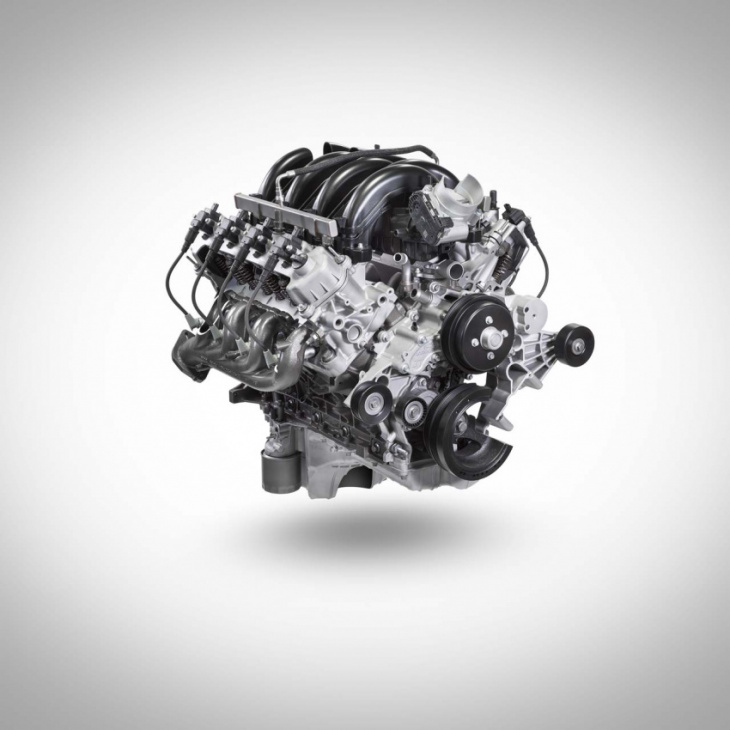 Ford already offers a V-8 nicknamed the Godzilla, and soon there may be a more potent offering with the name Megazilla.

A search through the database of the United States Patent and Trademark Office reveals a trademark filing for “Megazilla,” which was made by Ford on Sept. 16.

Ford Performance Product Manager Mike Goodwin in 2020 mentioned a new crate engine derived from the Godzilla V-8, which he referred to as the Megazilla. It’s possible Ford is currently doing the prep work for the launch of the engine, though automakers often file trademarks simply to protect the name, perhaps from it being used by a rival.

The Godzilla is a 7.3-liter V-8 that debuted in the 2020 Ford Super Duty. It’s designed for trucks where longevity tends to rank higher in importance than outright performance, and as a result features a heavy-but-sturdy cast iron block. It’s rated at 430 hp and 475 lb-ft of torque and is mated to a 10-speed automatic in the Super Duty and a 6-speed auto in Ford’s Medium Duty trucks.

Will a future Megazilla version with forced induction turn up to dethrone the 1,000-hp Hellephant from Mopar? We’ll have to wait and see.

Keyword: Ford's trademark of “Megazilla” may point to monster crate engine in the works